With its colonial charm and modern features, Avalon Saigon is specifically designed to offer the best cruise experience on the Mekong River, and is one of only two ships cruising from Ho Chi Minh City to Siem Reap and vice versa. Accommodating up to 36 passengers, the ship is built as long and wide as other ships that carry twice as many guests, so the public spaces never feel congested. From the air-conditioned Panorama Lounge to the open-air observation lounge, there are plenty of places to relax, and with lounges located at the front of the ship, you'll always have a great view.

With Avalon, every dining experience brings your destination to life. They start with fresh, quality ingredients and delectable recipes that are crafted by their culinary experts. Try authentic dishes from Vietnam and Cambodia - or more familiar Western alternatives.

Cruise along the massive Mekong Delta, which covers some 15,000 square miles. This picturesque area accounts for over half of Vietnam's rice production, prompting it to be nicknamed as the "rice bowl" of the country. One of the highlights is a visit to a local establishment to see how traditional sweets and rice wine are made before sampling some yourself. Also explore a colourful local market, take a sampan ride to visit a brick factory, visit a fish farm, and relish many other fascinating activities.

Beyond the Mekong you will explore great sights on land. In Ho Chi Minh City, enjoy a sightseeing tour, a cooking class, and visit the Cu Chi Tunnels, a network of tunnels used by the Viet Cong in the war.

See several of the temples, including spectacular Angkor Wat and the mesmerising faces of Bayon. Researchers now believe that Angkor was the largest pre-industrial city in the world, and the remaining temples stand as a testament to the wealth and power of the Khmer Empire.

By the end of your journey along the Mekong you will have a better understanding of life along the river and the friendly people who depend on it.

With Avalon, the onboard ship experience is as lively and captivating as your time on shore! Get behind the scenes as you tour the Galley and Bridge and join new friends for special events or movie nights.

Complimentary tea, coffee, soft drinks, local beer/spirits are offered on board throughout the day.

Avalon allow travellers from the ages of 8 and over although there are no children's facilities on-board.

Gratuities are inclusive for Cruise Director and crew.

close
Filters
Bonded by the Association of British Travel Agents (ABTA) and by the Civil Aviation Authority's Air Travel Organisers Licensing (ATOL) scheme, you can look forward to your next adventure with the peace of mind that your money is financially protected in the event of unforeseen circumstances. 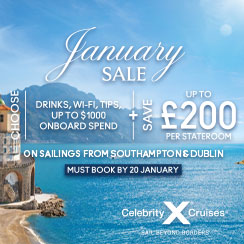