What You Can Achieve On A 5-Day Trip To Barcelona

Barcelona is the cosmopolitan capital of Catalonia, Spain. This beautiful metropolis gives you the opportunity to explore the blend between Catalan traditions and the unique architecture designed by Antoni Gaudí. His distinctive works of art are dotted around the city, his masterpiece has to be La Sagrada Familia and his other pieces include Park Güell, Casa Milà and Casa Batllò.

However, there are plenty of other attractions that ooze Barcelona’s charm, including La Boqueria, La Rambla and Plaça Reial, where you can try local delicacies and witness some captivating entertainers.

Grab A Bite To Eat

The first place on your agenda should be La Rambla, a boulevard that stretches for 1.2 km, starting from Port Vell in the south and finishing in Plaça de Catalunya in the north. Along this promenade are many bars, restaurants and souvenir shops where you can try the local tapas menus and purchase a reminder of your time here.

Just off of La Rambla is Plaça Reial, a public square where palm trees are dotted around the edge and a water fountain is located in the centre. Here, you can visit the local night clubs or grab a bite to eat in one of the various outdoor restaurants. As you enjoy your meal, a wide variety of street performers, slack line acrobats and dance groups will provide fantastic entertainment.

Further down from Plaça Reial is La Boqueria, a food and drink market that sells goods from exotic fruits and vegetables to cured meats and tropical fish. This market radiates a rainbow of colours and thrusts a blend of scents into the air courtesy of a large spice selection. An entrance to this fresh food market is just off of the busy La Rambla, making this a prime location.

Go For A Wander

Next on your agenda should be the Olympic park, Anella Olimpica and Camp Nou Football Stadium. Anella Olimpica was used in the 1992 Olympic Games and tournaments are still held there to this day. The torch monument that can be seen in the Barcelona skyline is surrounded by fountains, beautiful buildings and lavish gardens.

Barcelona has one of the richest and most successful football teams in the world. Their home ground is Camp Nou and it’s definitely worth a visit. If possible, we recommend watching a game, even if you’re not a huge football fan, as the atmosphere is not like any other football match you will have experienced before.

The Port Vell Aerial Tramway is a cable car that takes tourists from Port Vell to Montjuic, where you can visit the park and castle situated within the mountains. As well as these two areas, you can also visit the Jardins de Joan Maragall, where the paths are lined with trees and sculptures are scattered across the green lawns. The National Art Museum of Catalonia is also situated within the park.

Barcelona is mostly known for its bizarre architecture created by Antoni Gaudí, his most famous creation being La Sagrada Familia. This large, unfinished, Roman Catholic Church has been declared a World Heritage Site by UNESCO. The Art Nouveau, Catalan Modernism and Spanish Gothic movements have all inspired and influenced its architecture and the combination of these has created a one-of-a-kind construction that’s estimated to be completed in 2026, a century after the death of Gaudí.

Other works from Barcelona’s most famous son include Park Güell, which was under construction from 1900 to 1914 and opened to the public in 1926. It’s composed of a multitude of gardens and various architectural forms that Gaudí designed himself through organic shapes and innovative structural solutions. UNESCO has also declared this park to be a World Heritage Site.

Within its confines is the Gaudí House Museum, the exact house that Gaudí lived for 20 years of his life. It now holds various objects and furniture pieces that were designed by the man himself. The park is mostly known for its mosaic features, including the main terrace and the multi-coloured salamander situated at the entrance.

Barcelona has plenty of places for you to visit and a multitude of activities for you to do, even if you only have a handful of days in the city. You will have plenty of opportunities to learn about the local culture and its heritage, as well as its sporting background. A Barcelona tour should definitely be on your bucket list and ticked off soon.

Poppy Brown spent her first educational in the region of Murcia, Spain. She looked around some of the area’s best hotels & enjoyed some exciting activities.
Memories From La Manga

Belinda Jessup spent two days at the beautiful La Manga Club Resort in Murcia, Spain. Read what she thought of this wonderful resort in her own words.
5 European Cities You Don’t Have To Fly To

Whether you suffer from aviophobia (fear of flying), dislike the stress associated with catching a flight or simply enjoy a more leisurely way of travelling, journeying by train can be a great way to start your holiday. 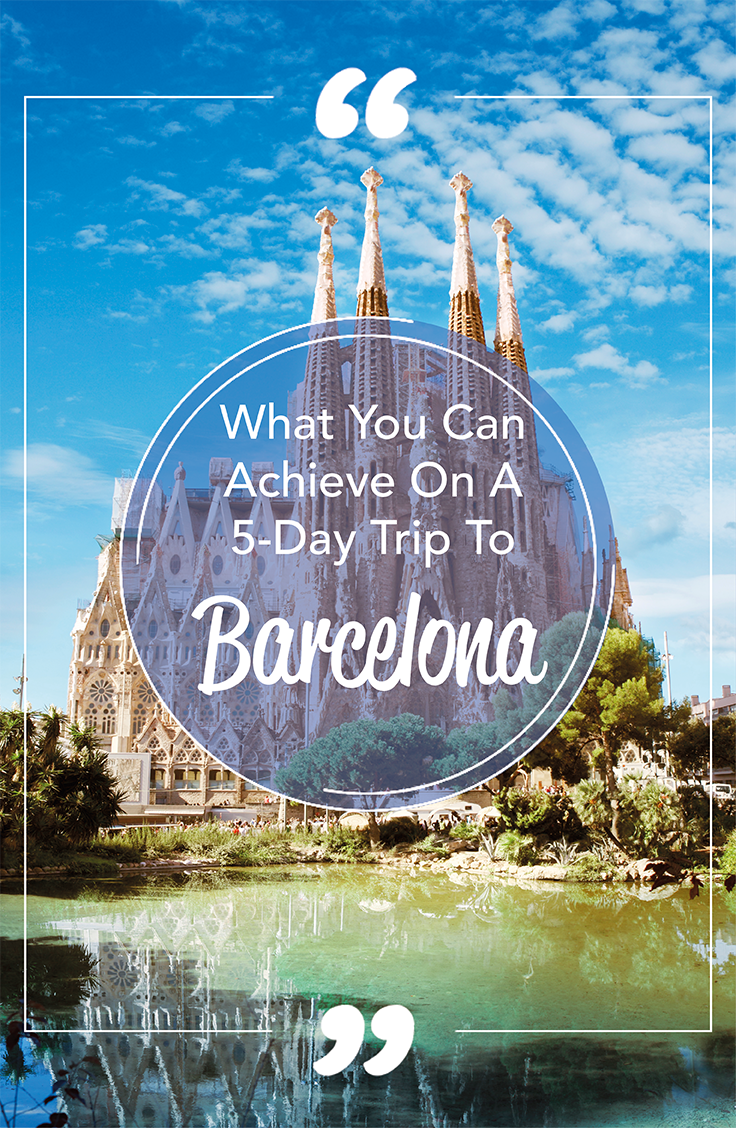