Chrome
Home
/
Blog
/
What To See On ‘The Rock’ In Monaco

What To See On ‘The Rock’ In Monaco

Situated on the French Riviera, the Principality of Monaco can be classed as a country, state-city and microstate, meaning it is a small independent region that has a small population and land area.

One particular part of Monaco, known as The Rock, is home to a range of things to see and do that you definitely shouldn’t miss.

The Prince’s Palace of Monaco was built in 1191 and is the official residence of the Prince of Monaco. Found on the west side of The Rock, you can get to it via the red, open-top tour buses. The Palace incorporates styles from different periods within the Renaissance era, as well as medieval fortifications towards the rear of the Palace. Audio tours are conducted throughout parts of the year and allow tourists to view the state apartments, which experienced renovation during the 19th and 20th centuries to enhance their 18th-century style, inspired by the Palace of Versailles.

We also recommend watching the changing of the guards at 11:55 am, as well as visiting some of the many shops and restaurants nearby. As you walk, enjoy the breathtaking views from the top of the Rock of Monaco, where you can see Monaco’s marina, a short walk away.

The Oceanographic Museum/aquarium is located on the south side of Monaco’s Rock and was founded by Prince Albert I. It opened in 1910 and holds around 6,000 specimens within its 6,500 square metre complex. Split into two sections, the tropical zone and the Mediterranean Sea, it promotes the protection of the oceans and raises awareness of the ongoing issues.

In the tropical zone, you can see life inside a coral reef, whilst the Mediterranean Sea section features more than 200 different species inside the pools. The museum side of the complex holds the Whale Room and Oceanomania, which showcases valuable books, fossils and diving gear.

Also located on the south side of The Rock is the Saint Nicholas Cathedral, Monaco’s most important religious building. This building was originally a chapel built in the 13th century, however, it was knocked down and renovated into a Roman-Byzantine style Cathedral during the 19th century.

Inside are three chapels dedicated to Sainte Devote, Saint Roman and the Saint Sacrament, as well as a 1st-century altarpiece from the original chapel. Some members of the Prince’s family got married in this cathedral and Albert II was invested prince here.

Saint Martin Gardens are located in between the Prince’s Palace and The Oceanographic Museum, behind the Palace’s gift shop. It has some amazing views of Monaco’s harbour and coastline. Situated within the garden are many sculptures, benches and ponds, some even with fish. Exotic plants, botanicals and colourful flowers are dotted around the area to provide shade to walkers. This is a great spot for a quiet, relaxing half an hour stroll and to have a break from the large groups of tourists and busy city centre.

The Courthouse, also known as the Palace of Justice, is located near the Saint Nicholas Cathedral, on the South-Western side of The Rock. HSH Prince Louis II initiated the construction of this circular Palace that was built in 1924 and inaugurated in 1930. One of the materials used during the building process is sea tuff, a grey, porous stone that incorporates shells and pebbles. It has also been used for other buildings in Monaco. spiralling staircases can be seen both inside and outside the Courthouse, the latter contributing to the Palace’s Façade.

Monaco is full of amazing places to visit, many of which can be found in the city centre. However, if you only have a limited amount of time in this beautiful city, Le Rocher (The Rock) can offer a great taster. If you wish to book a trip to Monaco then contact us via our website or call us on 0800 021 3237.

Our '5 Reasons To Visit' series continues with Croatia, the country everyone's talking about at the moment.
The Different Holiday Experiences Italy Can Offer

It’s often hard to find a destination that appeals to everybody in your group. However, with so many different experiences on offer, Italy can be the perfect compromise.
Disneyland Paris From An Adult’s Perspective

Having just returned from the ‘Happiest Place On Earth’, our content creator Chris Mayhew gives us an insight into a holiday to Disneyland Paris as an adult. 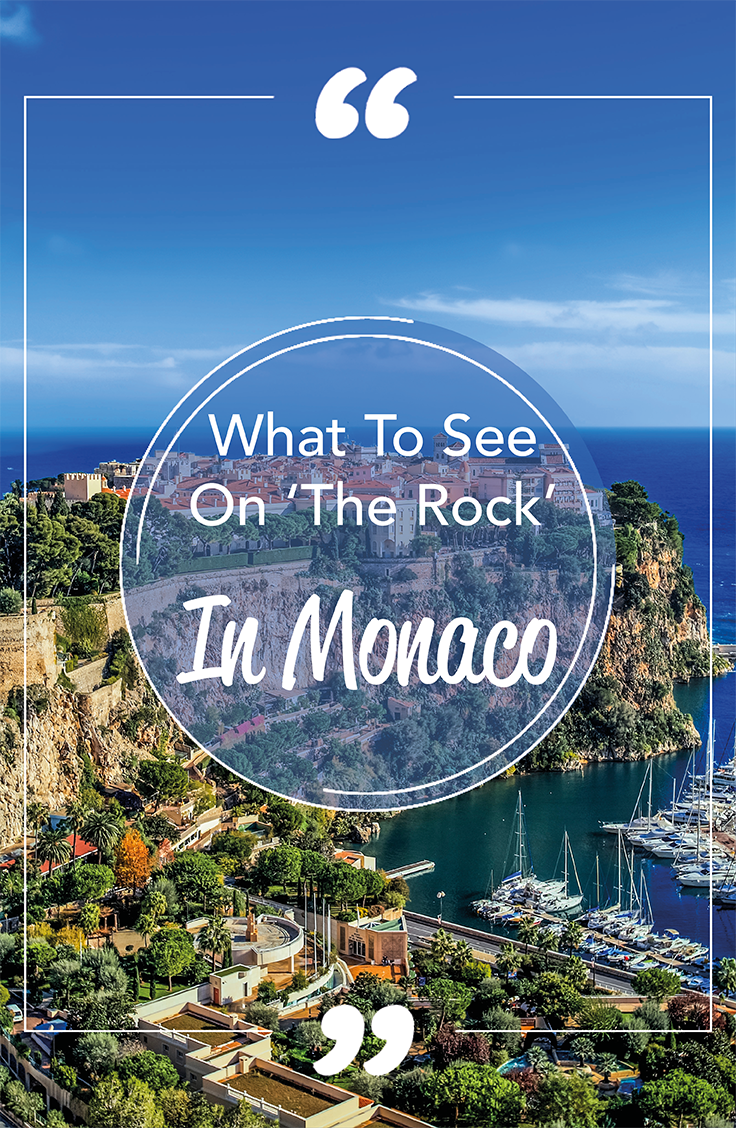