Chrome
Home
/
Blog
/
Unique Summer Sports And Where To Try Them

Unique Summer Sports And Where To Try Them

If you are someone who likes to stay active on their holiday, the chance to try a unique sport that is not widely offered in the UK is one you’re likely to relish. Relaxing on a beach or around the pool is great for a day or two, but many holidaymakers jump at the chance to sample something new.

Whether you like things extreme or slightly slower paced, we have some great options for you to consider around the world. How many of these unusual leisure activities would you be willing to give a go?

For many, the idea of playing Frisbee involves the casual throwing of a disc in the park. However, other, more involved, sports have also been created from the humble game of Frisbee.

Ultimate Frisbee is one such sport that was originally developed in America and is now played at universities, schools, amateur clubs and professional organisations all over the world. Its fast-paced nature and ability to rely on decisions being made without a referee have helped it grow in popularity.

Out of this, an even newer sport has grown by the name of Frisbee golf – also known as disc golf. As the name suggests, it is a combination of Frisbee and golf and involves players aiming to throw the disc from a tee area into a metal basket in as few shots as possible.

An initiative from the PDGA (Professional Disc Golf Association) to increase interest in Canada has resulted in many different courses popping up all over the country, in cities such as Toronto, Quebec and Vancouver. However, rather more surprisingly, it has also taken off in Finland.

In fact, Finland hosted the European Open disc golf championships in 2015 and even created its first floodlit course last year to allow players to continue the fun when the nights start to pull in – which, in Finland, is quite early in the year. All this means a trip to this part of Scandinavia may well present the opportunity for your first game of Frisbee golf.

With all those beautiful beaches, the Caribbean is the ideal place to enjoy some water sports. Whilst you may have done a bit of snorkelling or jet skiing in the past, the chances are that few people have tried their hand at kitesurfing.

People have been experimenting with kite propulsion since 1800 but it wasn’t until 1977 when the first patent for kitesurfing was registered. Since then, buggies and snowboards have been added so that the sport can be practised on land and snow and it was recently included in the 2018 Summer Youth Olympic Games.

It goes without saying that kitesurfing requires a fair bit of wind for it to be successful and therefore the breezes off the south coast of Spain and Fuerteventura mean these are ideal destinations in which to give it a go.

However, Grand Cayman in the Cayman Islands is one of the best places in the world. The winds here are warm and consistent, whilst the sheltered bays create the perfect environment for beginners to learn the basics.

A fat bike is a term coined to describe the large tyres used on these types of cycles. They were originally conceived to help riders navigate slippery and snowy paths in the winter months, but their excellent grip and superior comfort make them a great way to explore during the summer too.

Although it’s an activity you’re unlikely to have heard of, French and Alaskan cyclists were developing bikes with fat tyres as early as the 1980s. Now, as their popularity has grown, they have gone from a means of transport to a unique way of exploring more remote and challenging terrains.

The undulating landscapes of the French Alps offer plenty of chances to try these bikes for yourself. Self-guided and escorted fat biking tours are available so you can join a group or go off exploring on your own terms.

Of all the exciting activities on our list, volcano boarding has to be the craziest. Originally conceived by National Geographic journalist, Zoltan Istvan, it is now something offered by many different adventure companies in Nicaragua.

The Central American country’s Cerro Negro volcano is perfect for this ‘sport’ because of how its slopes are created. It is a cinder cone volcano, meaning that small pieces of loose volcanic ash and rock build up on the slopes, making it possible to slide down on a wooden board.

Locals were doing something similar on mattresses and surfboards many years before the tourists turned up, but now custom-made boards have turned it into something every adrenaline junkie wants to try.

Your journey starts with a one-hour hike to the peak before you descend slightly to where the real adventure begins. From there, you sit down on the wooden board, hold on to the rope and slide all the way to the bottom.

You may already be familiar with standup paddleboarding as its popularity has seen it grow to the point where it is offered in almost every destination that has a beach. It’s definitely one of the trendiest water sports around at the moment and one of the newest for you to try whilst on holiday.

Originally conceived in Hawaii, in 2013 it was listed as a break-out sport by the Outdoor Industry Association after having the highest number of first-time participants in the US. As opposed to lying on the board and waiting for a wave before springing to your feet, standup paddleboarding involves standing up (surprise) from the start and propelling yourself through the water with a paddle.

As well as its birthplace, one of the best places to try this new activity is on the west coast of America, where it immediately spread after leaving Hawaii. There’s something about the laid-back approach to life in California that matches perfect with SUP and the beaches here provide a fantastic environment to give it a go.

Santa Cruz is a great spot with some quiet harbours that will be welcomed by beginners, whilst Santa Barbara has its own launch pad to help you get in the water easier. Other destinations where standup paddle boarding is popular include Bali, Australia and, strangely, Slovenia.

If you would like to try any of these sporting activities for yourself, we can help you plan a trip to the best destinations to do so. Call us on 0800 021 3237 or drop into your local branch today.

Here are just a few examples of the adrenaline-filled activities you can do during our New Zealand tours.
5 Of The World’s Best Cycling Routes

Whether you take your bike with you or rent one in your destination, it is easy to plan your travels around your love for life on two-wheels and experience some of the best landscapes in the world. Here are a few cycling itineraries that sh&hellip;
Touring Cuba by Bicycle

Cuba is the largest of the Caribbean islands, measuring a total of 40,852sq miles. It is a country of contrasts, with many cultural, historic and natural surprises to explore. 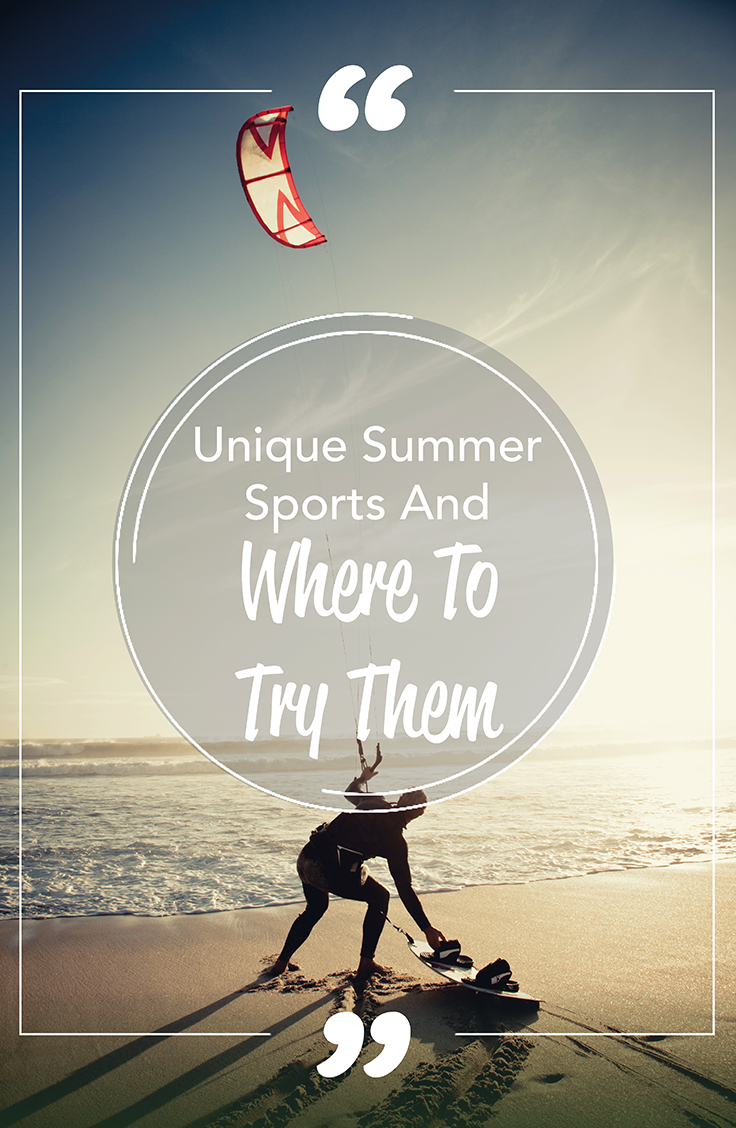