These Ambitious World Attractions May Never Become A Reality

Improvements in technology and construction techniques mean that we are constantly able to push the boundaries of what is possible. Attractions such as the Burj Khalifa, Sydney Opera House and Petronas Towers in Kuala Lumpur would have been deemed impossible just a few decades ago, but they now have a place within the skylines of the world’s most famous cities.

Projects like this are constantly being proposed and developed. Some aim to solve a problem (such as dealing with overpopulation in built-up areas), others wish to provide luxury to those who can afford it, and some are simply built to showcase amazing aesthetics.

Not all concepts make it to reality, though. Even the most innovative idea in theory can fall over a number of stumbling blocks when it comes to physically building the structure. At any one time, there are hundreds of these projects in development – waiting for investment, planning permission or someone to take a chance.

So, with that in mind, here are six ambitious attractions that may never become a reality.

We start with one that will almost certainly never reach completion. The New York Wheel was set to be the Big Apple’s answer to the London Eye, an observation wheel to be erected in the harbour area, close to the Staten Island Ferry. The plan was for it to be the largest attraction of its kind in the world, boasting 36 viewing pods that could each hold 40 people and stretching 630 feet towards the sky. $7 million worth of LEDs were also going to be used to light the wheel up at night and ensure it was seen for miles around.

Things seemed to be going well when construction started on the foundations. A completion date was set for 2017 and videos were posted on the website showing the progress made so far. However, after numerous delays and rescheduling of the completion date, the project was cancelled in 2018. It failed to receive around $140 million in funding from the city and plans for the wheel were well and truly buckled.

Despite messages on the website that say ‘coming soon’, there seems no chance the New York Wheel will ever be resurrected. Especially since the completed parts (capsules, legs, etc.) were auctioned off earlier this year.

As engineering projects go, this has to be one of the most ambitious on our list. The idea is to turn a former quarry pit and the surrounding area into a ski resort complete with five-star hotel, waterpark and indoor winter sports complex. Whilst maintaining a link to the region’s industrial heritage, the new attraction shows China’s increasing interest in activities like skiing and snowboarding.

At one point, the project was slated to be finished in 2014, but it was soon discovered to be far more problematic than first thought. Achieving the feat of suspending a building over a pit that’s 100ft deep and creating a sunken garden effect underneath is very difficult and the geologic formations and lava flows found in the area have compounded this.

Still, the latest construction site images show that the five-star hotel is well on its way to being completed. Some sources have reported that the rest could follow by as early as the end of this year, but it remains to be seen whether features such as the cantilevered swimming pool, cascading waterfall and sub-tropical paradise ever see the light of day.

Taking clear influence from Dubai’s ‘Palm’, the Khazar Islands will be an artificially created extension to the Azerbaijani capital of Baku, creating brand new neighbourhoods ‘floating’ in the Caspian Sea – that’s if construction ever starts up again.

Set to include residential areas, schools, shopping districts, an F1 racetrack and what would be the tallest tower in the world, construction on the 41 islands started in 2011. Some progress was made in the years that followed, even to the point where the main beach was opened and many of the skyscrapers were seen sprouting up. However, oil prices crashed in 2015 and the money began to dry up.

Subsequently, the president of the company behind the idea, Ibrahim Ibrahimov, was arrested for his inability to pay back any of the money lent by the bank and the enterprise stalled. On his release, Ibrahimov stated that Khazar Islands would still be finished between 2020 and 2025 but nothing has been reported since and building work shows no sign of recommencing.

This innovative design for a hotel is one of the most interesting ideas on our list and could genuinely change the way we view urban planning. However, for now, it still remains a concept.

Hive Inn was developed by a Honk Kong-based architecture firm by the name of OVA Studio. Using recycled shipping containers, a hotel could be created by stacking custom-made sections on top of one another like a giant game of Jenga. Obviously, this would save a great deal of space, whilst also allowing the property to be adapted regularly or even moved to another location.

Nestled within the adjustable outer structure would be a permanent core that housed necessities such as the lift, reception area and plumbing. The shipping containers themselves would be branded and designed to the spec of various luxury companies, meaning you could choose to stay in the Ferrari, Rolex or Tiffany ‘room’.

OVA Studio is still waiting for investment in order to make this idea a reality. In a bid to show other uses for a structure like this, they have also proposed the Hive Inn City Farm, where the containers would be used for segregated ecosystems. This would mean livestock farming, crop growing, beekeeping and other rural activities could all be done in the same place and in a much more environmentally friendly way.

Another beautiful hotel concept still struggling to get past the initial stages, Krystall is a five-star offering from floating infrastructure specialists Dutch Docklands. Taking the shape of a snowflake, the property would be anchored off the coast of Tromso whilst still being able to drift slightly with the currents.

Hotel facilities would include lounges where you could relax in front of a roaring fire, a luxury spa, conference rooms and 86 suites with different winter themes. The main draw, though, is the fact that it would be an ideal spot for watching the Northern Lights. This part of Norway is one of the best places in the world to experience this natural phenomenon and the glass roof would mean guests could do this from the comfort of their own bed. The Krystall would also be self-sufficient and fully sustainable.

Early projections stated that construction would be complete before Christmas 2016, but building work has yet to start. Of course, there’s still a good chance of this one coming to fruition but it doesn’t bode well that a similar project set to be built in the Maldives (GreenStar) fell through back in 2012 following a coup d’etat.

First conceived back in 2010, the idea of +Pool is that it will not only give New Yorkers a place to swim outside within the urban jungle but also help to clean up sections of the East River in the process. Shaped like a plus symbol, the pool will include an area for swimming laps, playing sport, lounging around and a space sectioned off for children.

It was first started on the crowdfunding website Kickstarter and quickly surpassed its goal by raising over $270,000. However, it wasn’t all plain…er…swimming from there as it is yet to be brought into existence. A floating test lab has since been created using the funds raised and this was deployed to test that the technology would work. A smaller scale of the pool, complete with walls that filter the polluted water, was launched in the Hudson River but things seemed to have stalled since 2016 – the original date it was supposed to be ready by.

Since then, though, Heineken has come on board as a sponsor (via ‘The Living Cities’ initiative) and has pledged to donate $100,000. An advertising campaign was launched at the 2017 Tribeca Film Festival, a new website was set up so that people could declare their interest and Neil Patrick Harris has even narrated a video that tells everyone exactly what +Pool is all about.

As recently as this week, a meeting took place to discuss where the pool could theoretically be placed and so the creators are clearly not giving up just yet. Head over to swimintheriver.com to show support and, hopefully, this idea will finally be realised.

If you would like to see some of the world’s most ambitious architecture for yourself, we can help you plan your trip. The TravelQuest team is available at our local Ipswich and Woodbridge travel agents or through the website.

This is the perfect time to look ahead at some of the new attractions that will be opening their doors over the next 12 months. From theme park rides to stylish new hotels, here are just some of the things you could be looking forward to.
4 Must-See World Festivals

Festivals are a great way to learn about the culture and traditions of a foreign destination, so here are 4 must-see world events.
Intriguing Etiquette From Around The World

When travelling, it’s important to be aware of customs so as to not inadvertently offend someone. Here are some world etiquette rules you may not be aware of. 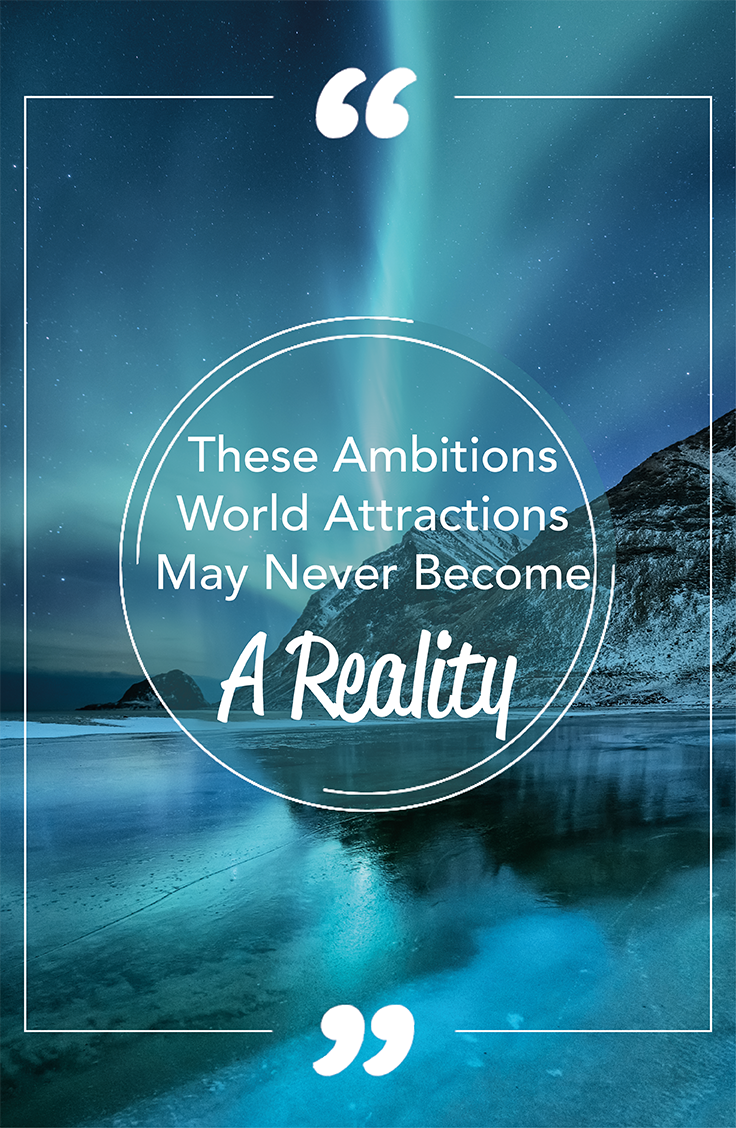