The Different Routes To Kilimanjaro’s Summit

Many of our Tanzania tours involve the ultimate adventure of climbing Kilimanjaro. There are nine routes up the side of Africa’s highest peak; eight of which offer different ways of reaching the top, whilst the final one, mercifully, provides a path back down to ground level. Here, we run through the various options when it comes to climbing K2 and conquering all 5,895 metres of this mammoth mountain.

The Umbwe Route is not one usually taken by inexperienced climbers, as it includes a very steep ascent in the first few days, offering little chance for acclimatisation. It does, however, involve a choice on day 3 of either continuing north to Lava Tower and summiting via the Western Breach or heading south on an easier route to Karanga Camp. In the later days, this path joins with the Lemosho, Shira and Machame Routes.

This is one of the most popular routes that trekkers choose to take during Kilimanjaro tours and therefore it is often very busy. Its prominence stems from the fact that it features fantastic scenery, whilst also offering a relatively good period of acclimatisation. This is because the trail turns south after a period of intense climbing, giving explorers the chance to sleep at a lower altitude. Those choosing a seven-day climb can stay an extra night in Karanga Camp to allow them to split the penultimate day’s exertion and save their energy for the summit.

This is the only option that allows you to start your trek on the northern side of the mountain. Doing this is said to offer many chances to enjoy the beautiful nature on your way up to the top. Not only are you likely to get a clearer view of your surroundings when approaching from the north, there’s also hope you will get to see elephants, buffalos and other large animals. Even though this route has fewer acclimatisation opportunities as others, the fact that the slopes are drier here means that trekking can take place during the rainy months.

Just like the Rongai Route, the Lemosho Route starts off within wild surroundings and so there is the opportunity to spot large wildlife. This path is great for those who want to enjoy the scenery as they climb, as you will look out over the immense Shira Plateau and also enjoy the stunning gorges found on this side of the mountain. This is a good choice for inexperienced climbers as it has a high success rate and provides plenty of time to acclimatise.

The Shira Route was initially the only way of approaching the summit from the western side of the mountain but, due to the high altitude of its starting point, the Lemosho Route was created to give climbers a higher chance of success. This path is typically only used by experienced climbers as there is no time to acclimatise and people often experience sickness from day one. The general course is very similar to the adjacent Lemosho Route.

This path is the subject of a deceiving rumour which labels it the easiest journey. Ill-informed hikers often choose this route without realising that it includes a short, steep climb and therefore gives little opportunity for the body to get used to the conditions.

The Western Breach route to the top has various different starting points but is typically attempted via the first part of the Umbwe Route. Due to the high level of technical skills and climbing equipment needed, this is only ever attempted by confident, experienced climbers. Instead of heading south and approaching from the east, the Western Breach takes you up the Reusch Crater and allows you to summit from the west. It also includes the opportunity to spend the night on one of Kilimanjaro’s few remaining glaciers.

The Northern Circuit provides the longest route to the summit, taking people round the north side of the mountain to the east where it meets up with the other trails. Due to the fact that there is more chance for the body to acclimatise, there is a high success rate attributed to this route. With many days that involve ‘climbing high and sleeping low’, it is often chosen by those attempting Kilimanjaro for the first time.

This path is now exclusively used for descending the mountain. It is the shortest route from summit to gateway and so is a good choice when hiking down with tired legs. The Mweka Route is usually used by those who ascended Kilimanjaro via the Machame, Shira, Lemosho or Umbwe routes.

Our Kilimanjaro tours use both the Lemosho and Rongai routes, providing a scenic and wildlife-filled journey to the top. If you want to conquer the mountain for yourself or you would like more information on our choice of trips, call today or contact us online.

Everything was very reasonably priced, which I was surprised about. I went with the perception that dining and drinking on the waterfront especially would be very expensive, but we all found it to be incredible value.
5 Reasons To Visit…South Africa

Having been introduced to the Rainbow Nation by World Cup 2010, many travellers subsequently booked a holiday in cities such as Cape Town and Johannesburg. So what are some of the main reasons you should visit? 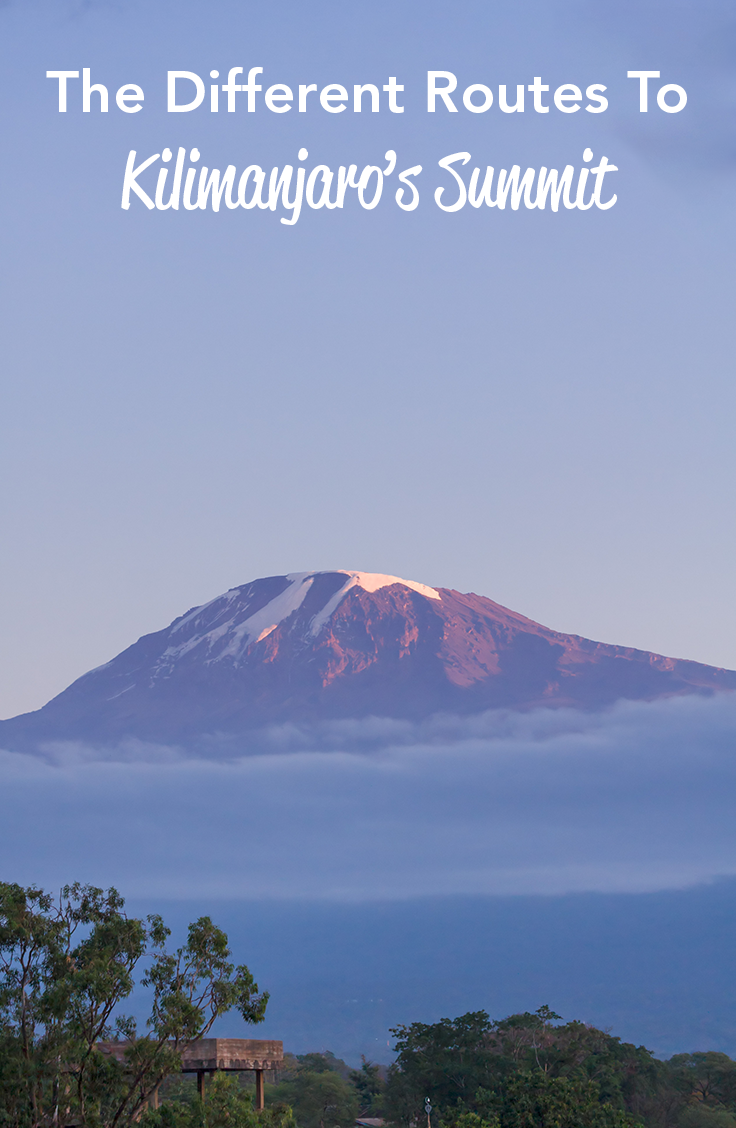