Chrome
Home
/
Blog
/
New Attractions Around The World For 2019

You may already know where 2019 will take you or you may still be deciding, but the chances are that this year will bring with it plenty of excitement.

This is the perfect time to look ahead at some of the new attractions that will be opening their doors over the next 12 months. From theme park rides to stylish new hotels, here are just some of the things you could be looking forward to.

The Statue of Liberty is one of New York’s (and America’s) premier attractions and a new addition to Liberty Island in 2019 is set to make your experience even better. A brand new museum building, built from the same materials as the statue itself (granite, bronze and copper), will open in May and host a range of new artefacts, including the original torch. There will also be a rooftop observation deck from which you can capture the perfect photo that includes Lady Liberty and the Manhattan skyline.

The Disneyland parks around the world are great at ensuring they always have some new rides for thrill-seekers to look forward to – and 2019 is no exception. Most of the hype is surrounding Star Wars: Galaxy’s Edge, a new entire land coming to Hollywood Studios in California and (later in the year) Florida. Specific attractions will include Millennium Falcon: Smugglers Run, where riders get to pilot the Millennium Falcon, and Star Wars: Rise of the Resistance. Other new additions for Disney in 2019 include a Lion King show at Animal Kingdom to celebrate 25 years of the original animation and Lightning McQueen's Racing Academy at Disneyworld Florida.

Meanwhile, Universal Orlando Islands of Adventure will welcome a brand new Harry Potter rollercoaster that will shoot you through the Forbidden Forest whilst riding Hagrid’s motorbike.

In 2019, the historic Bauhaus (a pivotal German school for art and design) will celebrate its centenary. This will be marked by not one but two museums, located in two of the three cities in which the school earnt its acclaim. Having been founded in Weimar and later moved to Dessau (before being moved again to Berlin), museums will open in both these locations in April and September respectively. Displaying pieces created by students of the school alongside contemporary works, the museums will be a key part of the 100-year celebrations.

This year also marks the bi-centenary of the city of Memphis, something which is sure to be commemorated feverously on May 25th. To mark this and Elvis’s 84th birthday, new exhibitions have been installed at Graceland. One focusses on Lisa Marie Presley, telling the story of Elvis’s life through his daughter’s eyes, whilst another looks at how the king of rock ‘n’ roll was influenced by country music.

This quirky hotel looks a bit like a bird’s nest or a bonfire from above but it’s the perfect place in which to enjoy the highs and lows of Arctic temperatures. This exclusive luxury resort has space for just six couples, providing cabins featuring skylights that facilitate perfect views of the Northern Lights. As well as your own log fire and access to saunas, you can brave the traditional ice bath at the hotel’s centre. Located on the Lule River in Harads, it certainly offers that remote, off-radar feeling.

The Swiss city of Lausanne is currently in the middle or relocating some of its much-loved museums under one roof. That roof will be known as PLATFORME 10, a fantastic new space situated close to the train station. The three institutes that will be combined are all in need of more space and the decision to house them together will bring about more interest and make it easier for visitors to see everything in one go. The Musée Cantonal des Beaux-Arts, a fine arts museum, will open in its new location this spring and will be joined by the Musée de l’Elysée and the Musée de design et d’arts appliqués contemporains (mudac) by 2021.

This is the third venture dedicated to solo women travellers for hotel group Bliss Sanctuary and it will give women travelling to the increasingly popular destination of Bali somewhere to connect with other groups of women. Activities will include yoga, spa treatments, culinary adventures and a range of excursions that explore the surrounding countryside. The aim is to give guests somewhere to relax, detox and meet likeminded travellers.

If you would like to visit any of these new attractions, or any others you may be excited about, in 2019, the TravelQuest team can help make your plans a reality. Call us on 0800 021 3237 or visit our travel agents in Ipswich and Woodbridge for more information.

The World’s Best New Attractions For 2018

If you’re someone who seeks out new experiences while they are on holiday, then you are going to love our list of exciting new attractions around the world.
10 High-Flying Attractions Around The World

Tourist attractions come in many shapes and sizes. There are beautiful ones, historical ones and, in the case of those we have gathered here, vertigo-inducing ones. Here are 10 thrilling attractions from around the world that will take you &hellip;
Beat The Heat With These Ice Cold Attractions

We’re here with a list of ice cold attractions that will definitely cool you down during the heatwave. And, if you can’t make it in person, just imagining yourself at any of these places will help combat those high temperatures. 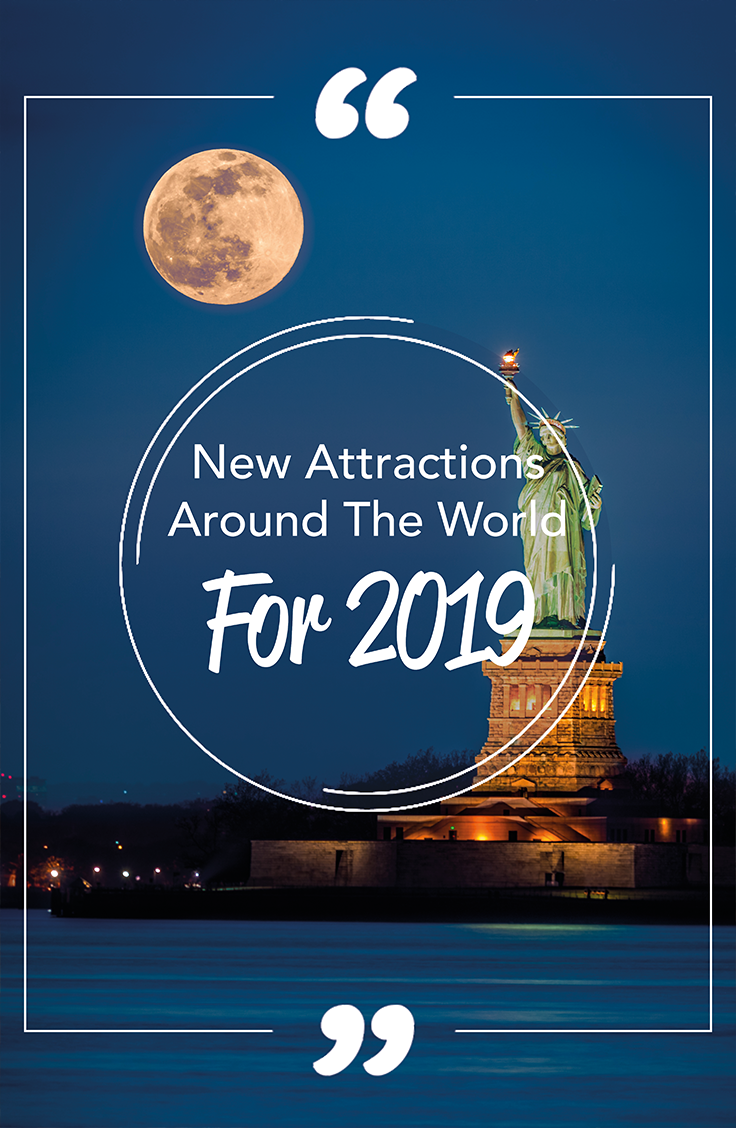