Mexico and the Mayan Riviera

Belinda Jessup, Senior Travel Advisor at our Woodbridge travel agents, experienced a fantastic trip to Mexico recently. As well as exploring Mexico City, she got to visit some of the most impressive Mayan and Aztec ruins in the area. Here are her highlights.

BA Club Class was fantastic - the only way to fly. Before departing from Gatwick, we experienced a smooth VIP check-in and head into the busy Club Lounge. The 11-hour direct flight to Cancun, with fully-flat beds, was exceptional. Plus, food and drinks were included.

The return flight from Mexico City (again in BA club class) was a 12-hour direct flight to Gatwick overnight.

The Belmond Maroma Hotel, Mayan Peninsula – This is a 5-star deluxe hotel on a beautiful white sand beachfront that is reached via a one-hour drive from Cancun through a very dense jungle road. It’s quite remote but has lovely facilities. The building is low rise and not too big, and the accommodation is spread out over the gardens. All rooms are very different in size and decoration. Different boarding is available, specialising in tasty Mexican dishes and European fare. There’s also a wonderful wine cellar with a Sommelier who’s very willing to impart knowledge about all the different wines from Mexico and all over the world.

I would highly recommend this hotel, however, it is closing for refurbishments in April 2018 for 6 months.

Hotel Mayaland 4 star, Onsite At Chichen Itza – This historic hotel dates back to 1923 and has a private entrance to the famous temples of Chichen Itza. We stayed in the Hotel Lodge, Mayan style bungalows in 40 hectares of landscaped gardens that are full of exotic birds and wildlife. There are three outdoor pools, making it a lovely place to stay after a long visit to the archaeological park. The service was very good and they provided a lovely breakfast.

Hotel Casa Del Balam, Merida, Central Yucatan Peninsula – This is one of the oldest hotels in this Spanish colonial city. It could do with a bit of updating but is in a very central position, is clean and offers a traditional Spanish feel.

Hotel Royal Reforma, Mexico City – Mexico City is vast and this hotel is in the financial district, about a 20-minute drive from the historical centre, depending on traffic. It is multi-storey and I stayed on the 16th floor. The rooms are a little shabby and the bathrooms were not good but its location appeals to Latin Americans on religious pilgrimages to the local Basilica of the Virgin of Guadalupe.

We also had 18 other hotel visits that varied in style, size and star rating. There were some lovely small boutique hotels on the coast in Tulum and in the city of Merida. Plus, some larger family hotels can be found on the coast in Playa del Carmen and there are some wonderful five-star deluxe hotels like the Four Seasons in Mexico City.

We also visited renovated Haciendas. These were original farms and landowners’ country houses. They all offer beautiful, traditional accommodation which is usually very remote and set in fantastic gardens and grounds.

The Mayan Peninsula and Mexico are renowned for archaeological sites and temples. We visited lots with a local guide who imparted a lot of very interesting historical facts and figures.

Tulum is a UNESCO World Heritage Site about an hour’s drive from Cancun. Its Mayan ruins are located on a stunning clifftop, facing the Caribbean Sea. It is well worth a visit. Entrance to these sites is about £5 per person.

Ek Balam is another archaeological site about an hour’s drive from Cancun on the way to Chichen Itza. It is located in dense tropical jungle and was only discovered in the 1900s, with much more still to be uncovered. It’s a wonderful, ancient city with temples that you can still climb using hundreds of steps.

Cenote Ik Kil is a natural pool cut out of the rocks with very steep sides and is a spiritual place for Mayans Indians. There are lots of these all over the Yucatan Peninsula, some of which have been developed. This one at Ik Kil has swimming facilities, restaurants and shops.

Chichen Itza is about a two-hour drive from Cancun and was the most outstanding capital of the Mayan Empire. It is one of the Seven Wonders of the World, with a fantastic main temple that dominates the site. It is very impressive and I would really recommend a visit.

Kabah is another archaeological site with a great pyramid and arch.

Uxmal is an impressive archaeological site with temples and a plaza spread over a large area which involves lots of walking.

We enjoyed a City Tour Of Merida by horse and carriage. This is a lovely, Spanish colonial town where we visited the Museum Quinta Montes Molina, built by wealthy Meridians at the end of the 19th Century and still privately owned and lived in.

We had a cookery class in the Boutique by the Museo hotel. This involved a demonstration on how to cook a tortilla, the staple food for most Mexican meals.

Our Mexico City Tour took us to the palaces, cathedrals and museums of this fascinating city.

The Teotihuacan Pyramids are located 50 kilometres northeast of Mexico City and are the 'must see' archaeological ruins in the area. This is the site of the massive Pyramid of the Sun and Pyramid of the Moon which dominate the skyline and was once the capital of the Aztec people.

The Templo Mayor Museum includes temple and city ruins that were only recently discovered underneath the heart of historical Mexico City.

There were lots of favourite moments on my trip. Firstly, in all my years in travel, I have never flown in Business Class, so that was a fantastic experience. From the glass of champagne on boarding to the flat beds, latest films, lovely food and generous space, everything was amazing. The wine was definitely a plus too.

Another first for me was visiting a South American country. The people and culture are so different and Mexico is so huge; it has several different ethnic groups and cultures along with a very Spanish feel after the indigenous Indians were conquered by the Spaniards in the 15th century. You may have guessed, I am a history geek so this really suited me. I really enjoyed learning about the Mayan Indians on the Yucatan Peninsula and Aztecs further inland, as well as visiting the fantastic pyramid-shaped temples and villages they built.

From the coast, we flew onto Mexico City. This was an incredible sight from the air, as it spreads for miles over the valley bowl and up into the surrounding hills.

Whilst still steeped in history, Mexico City is more modern and reflects the political power struggles of the Mexican people at the beginning of the 20th Century. It was home to well-known artists Frida Kahlo and her husband Diego Rivera. Unfortunately, time was short and we couldn't join the long line of people wanting to visit the house they lived in which is now a museum.

The food was another wonderful experience. Mexican food consists of a lot of tortillas made of corn with various tasty fillings. We also ate a lot of 'lime soup' – another national dish.

Another highlight was our last stop in Mexico, a 'Mariachi Bar' where small bands of musicians will play your favourite song (for a small fee) at your table whilst you sip your beer.

So many unique experiences; I could go on and on and on.

I would not advise anyone to aim for as many visits as this in one week. There is definitely lots of fantastic places which could take as long as two weeks to visit comfortably.

Yes, I would recommend this trip in a heartbeat. There is so much more to Mexico than just going and staying in an all-inclusive hotel on the coast.

Must see? Chichen Itza
Must do? Climb all the steps to the top of the temples
Must try? Eating ants

The Mayans, Incas and Aztecs are known around the world as three of the greatest ancient civilisations. Here's how you can visit some of their famous sites.
A Dream Come True In The Galapagos

Part two of Mary's amazing South American adventure sees her journey to the Galapagos. Here is everything she got up to in this fabled bucket list destination. 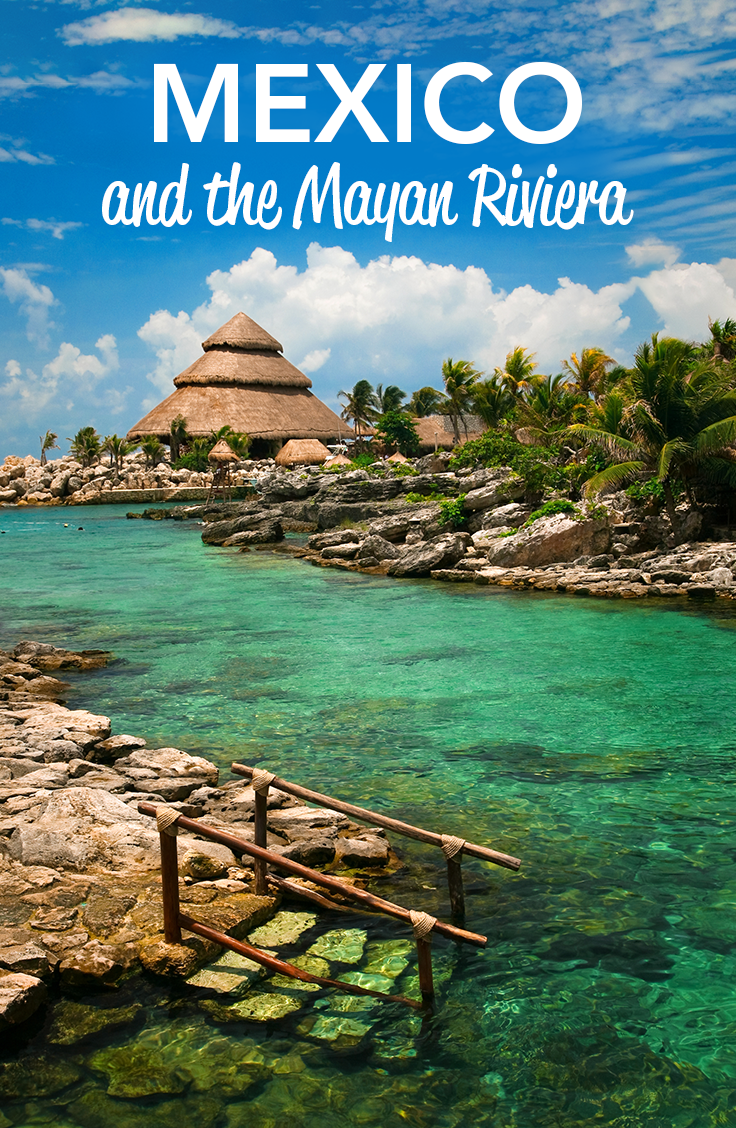