If asked what Peru’s capital has to offer visitors, you would probably say colonial history, grand architecture and some excellent museums, right? You probably wouldn’t mention world class cuisine, but that is exactly what you can expect to find in Lima.

This week, the 2016 World’s 50 Best Restaurants list was announced, including no less than three venues found in this buzzing South American city. That’s more than New York, Paris and Vienna and puts the city on par with London and Copenhagen when it comes to sophisticated cuisine. Rivalling (and outdoing) such cities that have become synonymous with exciting and delicious restaurants shows that the food in Lima is definitely a highlight of a trip to Peru.

Here are the three restaurants that made the top 50.

A meal at Central will not only teach you about delicious food but also help you learn about the diverse landscapes of Peru and the ingredients each of these has to offer. The colossal 17-course tasting menu takes you from beneath the waves to the top of the Andean Plateau, all the while emphasising where the produce can be found by way of metres above (or below) sea level. As you start with ‘Spiders on a Rock’ and work your way to ‘Valley between the Andes’ via ‘High Altitude Rainforest’, you will delight in ingredients that have been hand foraged from beaches, deserts and jungle. There’s also a vegetarian alternative.

Anybody who enjoys the flavours of the Far East may not be expecting to find them in South America, but Maido blends them perfectly with traditional Peruvian techniques and ingredients in something known as Nikkei cuisine. Featuring sushi, sashimi and ceviche, the stunning tasting menu also includes brand new cooking methods which Chef Mitsuharu Tsumura has researched from the Amazon Jungle. The ‘50-hour wagyu beef short rib’ was declared the standout dish from a 15-course menu that aims to show guest that, just like the Earth, we are all in a state of flux.

Just like the setting, the menu at Astrid y Gastón takes something traditional and brings it bang up to date. Located in a part of town that is steeped in history and named after the head chef and his wife, the restaurant has played a key role in raising Peruvian cuisine to the level it’s currently at. As well as the a la carte options, there are two tasting menus to choose from, one offering 10 courses and the other tempting diners with 14. Mainstays on both include ‘Cebiche limeño’ (Lima Ceviche), ‘Manzana, pisco y hierba buena’ (Apple, Peruvian Brandy and Mint), and ‘Pez del Pacífico, aromas del Amazonas’ (Pacific Fish, Amazonian Aromas).

If you want to taste Lima’s haute cuisine for yourself, we have plenty of Peru tours which can take you to the capital. Call us today to discuss the many options.

Discover The Three Great Civilisations Of Central and South America

The Mayans, Incas and Aztecs are known around the world as three of the greatest ancient civilisations. Here's how you can visit some of their famous sites.
The Lost World of Venezuela

Conan Doyle's 1912 novel 'The Lost World' was based on the geographical and geological features of Venezuela. These amazing sights and unique landscape can be visited with TravelQuest.
10 Things You Never Knew About The Amazon Rainforest

How much do you really know about the world’s largest tropical rainforest? Here are ten top facts to get you in the know. 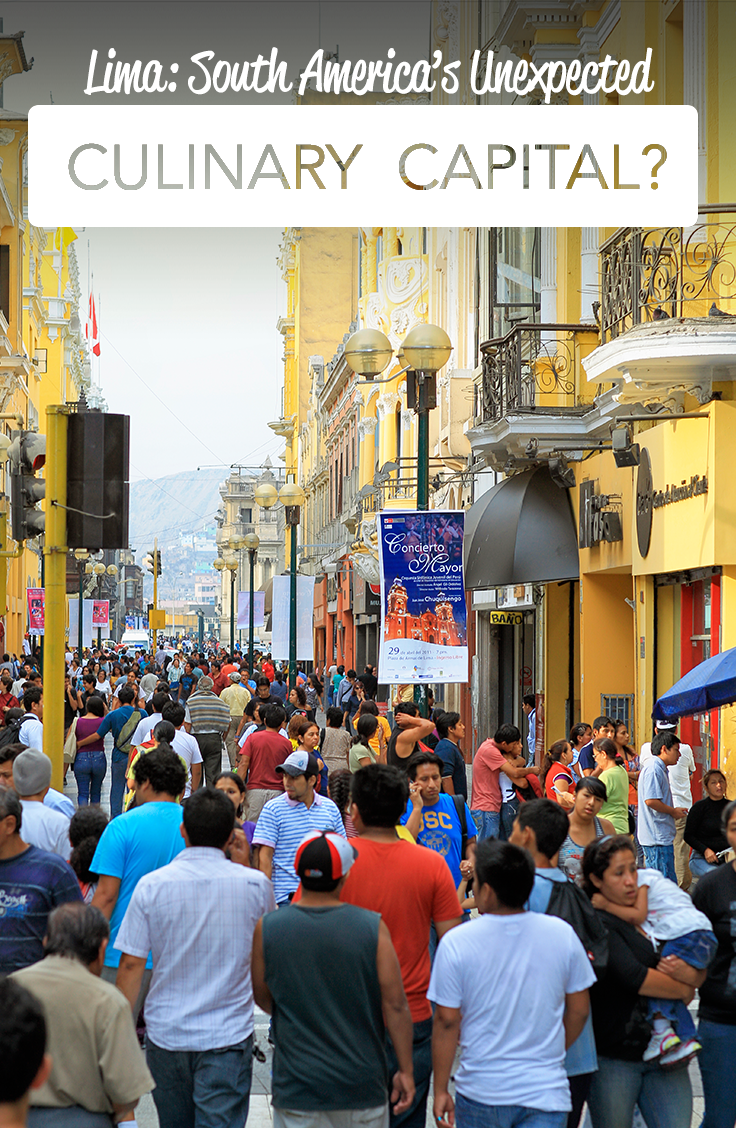