Chrome
Home
/
Blog
/
Is It Time You Visited San Marino?

Is It Time You Visited San Marino?

2017 travel trends show that the small country of San Marino was the fastest growing destination in Europe in terms of tourism last year. With a 31% increase between 2016 and 2017, a figure that no other nation except Egypt can better, it seems that the small patch of land close to Italy’s north-east coast is growing in popularity. And quickly.

To put this in context, San Marino received around 78,000 tourists last year. That may not sound like many but it is double the tiny country’s population. Plus, if things continue to grow at this rate, it could soon be the next must-visit destination.

So, is San Marino on your radar? If it is, here are some great things to do there.

Although only 24 square miles in size, San Marino has a fair amount of museums to explore. Many of these, like the Museo di Stato (National Museum), offer an insight into the history of the micronation, but some are quirkier than others. At the top of this list is the Museum of Curiosities, a place where a number of weird and wacky inventions are on display. Case in point is a contraption that helps you to tell the time with your nose, releasing differently scented smoke every hour.

If you have a love for cars, don’t miss the Maranello Rosso Ferrari Museum. Here, you’ll see classic models that were owned by famous figures, as well as details about Enzo Ferrari, the founder of this automobile giant. Lastly, the Museum of Modern Weapons will reveal firearms from around the world used in both world wars.

The town of San Marino (the main settlement in the country of San Marino) is situated on the side of a mountain known as Mount Titano. Right at the top of the peak, you will find a trio of commanding fortresses by the names of Guaita, Cesta, and Montale – each of which boasts a tower. Both Guaita and Cesta are publically accessible and offer the chance to learn how they were used as a refuge during sieges and, later, as prisons.

Your walk along the winding path to the top, reaching 756 meters above sea level, is rewarded by spectacular views from the two towers. On a clear day, you can see as far as the Dalmatian Coast, but even when this isn’t the case, it is still breathtaking. The three fortresses have been heavily restored over the years and are the official symbol of San Marino.

The Public Palace is a Neo-Gothic building that acts as the modern seat of the country’s government. In times gone by, some of the walls would have been used to defend the town but they have now been incorporated into this beautiful palace.

Forged from rock found on Mount Titano and designed by architect Francesco Azzurri, it was built in the late 19th century. On the square directly opposite, the colourful Guardie di Rocca (castle guards) perform a changing ceremony every half an hour from 2.30pm.

Although many of the main attractions are situated within San Marino town, it’s definitely worth visiting some of the other towns (known as Castelli) whilst you’re there. Thanks to a cable car from the historic centre, Borgo Maggiore is the easiest to reach. The charming centre of this town is listed as a World Heritage Site by UNESCO and features various quaint churches and monuments.

Other highlights include the chance to explore the Marano River from Faetano, relax in Acquaviva’s Monte Cerreto nature park and capture some poignant photographs of Mount Titano from Domagnano. Most of the nine Castelli also have their own ancient castles.

If you’ve been inspired to travel to San Marino, the TravelQuest team will be happy to put together your perfect holiday. Call us on 0800 021 3237 or contact us through the website.

What To See On ‘The Rock’ In Monaco

Situated on the French Riviera, the Principality of Monaco has a small population and land area. One particular part, known as The Rock, is home to a range of things to see and do that you definitely shouldn’t miss.
5 Reasons To Visit…Italy

Having never set foot in a country before, how do you know if you would enjoy it? Our ‘5 Reasons To Visit’ series is here to help - starting with Italy.
The Different Holiday Experiences Italy Can Offer

It’s often hard to find a destination that appeals to everybody in your group. However, with so many different experiences on offer, Italy can be the perfect compromise. 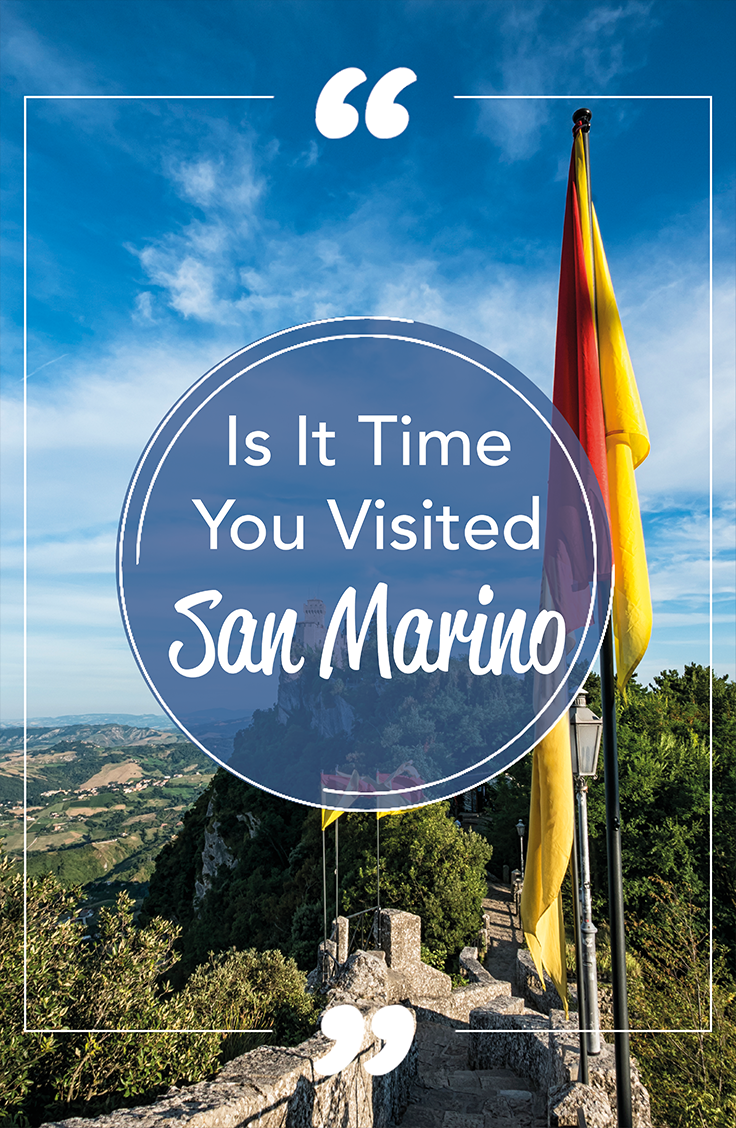