Great rail journeys of Russia and the Far East

It goes without saying that Russia is a huge country – the largest on earth. Travellers are familiar with the cities of St Petersburg and Moscow, but beyond this is an expansive void that is unknown to most due to its remote location. Discerning travellers seeking a way to explore this vast landscape are in luck and can even see it in luxurious comfort.

Spanning a total distance of 5,772 miles, the Trans-Siberian Railway is the longest railway line in the world and can take passengers from Moscow, in the west, to Vladivostok, in the east. Along the way, passengers can travel into Siberia and admire the mesmerising scenery from the comfort of your cabin. And it’s not just Russia that you can experience by train, as there are several rail links which can take you from the Russian capital all the way through to the Chinese capital of Beijing.

Transferring in Irkutsk, you can ride the Trans-Mongolian Express, providing a chance to experience Ulaan Baatar and a Nomadic way of life which is still present outside the city. Furthermore, it is also possible to cross the Gobi Desert before reaching the Chinese capital. TravelQuest can provide tours along this magnificent railway and this week, we take a closer look at some of the highlights you can experience along the journey.

After four days of travelling on the Trans-Siberian Railway, learning about Russian culture and making new friends, you will appreciate a break away from the train. Upon arrival in Irkutsk, you will transfer to the historic town of Listvyanka, which is situated on the banks of the world’s largest freshwater lake – Baikal. This area is home to a unique range of flora and fauna, and the best place to learn more about this region is to visit the fascinating Limnology Museum.

After a short ferry ride across Lake Baikal, you will arrive in the historic town of Bolshie Koty - best known for its gold mining era, which started in 1842. During your time in this town, you will gain a unique insight into rural Russian life. As part of the Pribaikalsky National Park, Bolshie Koty also provides an opportunity to admire the local biodiversity.

During the early 19th century, many Russian artists, officers and nobles were sent into exile in Irkutsk following their part in the December revolt against Tsar Nicholas I. As a result, the city’s culture, architecture and heritage provide a unique artistic insight. Wooden houses have been decorated with ornate, hand-carved decorations which still remain today – surrounded by a series of Soviet apartment blocks. Beautiful and ornate architecture can be found in the form of monasteries, museums, and palaces –all of which have collectively contributed to the city being referred to as the “Paris of Siberia”.

After three days exploring some of the delights of Russia, you will board another train, this time, the Trans-Mongolian railway. Spending two nights on board, you will certainly find making friends with fellow passengers very easy and many of them will even invite you into their cabin for board games and cards. Your train comes to a halt in the Mongolian capital of Ulaan Bataar, but before you can get a chance to admire this city, you will be taken out into the countryside for a taste of Nomadic life. Staying at a Ger Camp, you will travel far away from urban civilisation and have the opportunity to try out horse riding, herding and cooking - gaining a fascinating insight into a unique way of life.

A day tour of Ulaan Baatar will reveal the extent of the impact of the Soviet Union. The Mongolian capital grew significantly during the communist era, but its people are some of the friendliest you can meet anywhere on earth. If you delve into this city, the historic roots soon become clear.

Ulaan Baatar was founded in 1639 as a movable Buddhist monastic centre – moving a total of 28 times before finally settling in its current location in 1778. Visit the Chinggis Khan Square – one of the largest squares in all of Asia and features a statue of the 1921 revolution hero Chinggis Khan. The Gandan Lamasery, first built in 1809, is a Tibetan-style monastery which is today home to 5,000 monks. After being stripped of its treasures by the Communist government, it was later restored to its former glory in 1990.

Just over 24 hours of train travelling stands between the Mongolian and Chinese capitals. Departing early in the morning and settling into your cabin, you will arrive at around lunchtime, following a gauge-change on the train at the Chinese border. It is fascinating to finally arrive in Beijing having travelled entirely by land and you will have the best part of three days to explore this mesmerising city. Highlights include the Temple of Heaven, Tiananmen Square, the Great Wall, and the Forbidden City.

Rail tours offer the chance to travel by land, meeting warm and friendly people along the way and visiting a number of destinations that would otherwise be impossible to reach. Travelling on the Trans-Siberian and Trans-Mongolian railways from Moscow to Beijing is an unforgettable and unparalleled experience. If you feel inspired to embark on a rail journey of your own, contact our friendly team via the freephone number above or by completing the online form.

From their main station in Pretoria, Rovos Rail can take you all over South Africa and beyond. Here are 3 trips that you might want to consider.
5 Rail Journeys That Will Make You Want To See The World By Train

Many people like to take the train to their holiday destination; it's a relaxing & convenient way to travel. However, what if the train journey was the holiday?
5 European Cities You Don’t Have To Fly To

Whether you suffer from aviophobia (fear of flying), dislike the stress associated with catching a flight or simply enjoy a more leisurely way of travelling, journeying by train can be a great way to start your holiday. 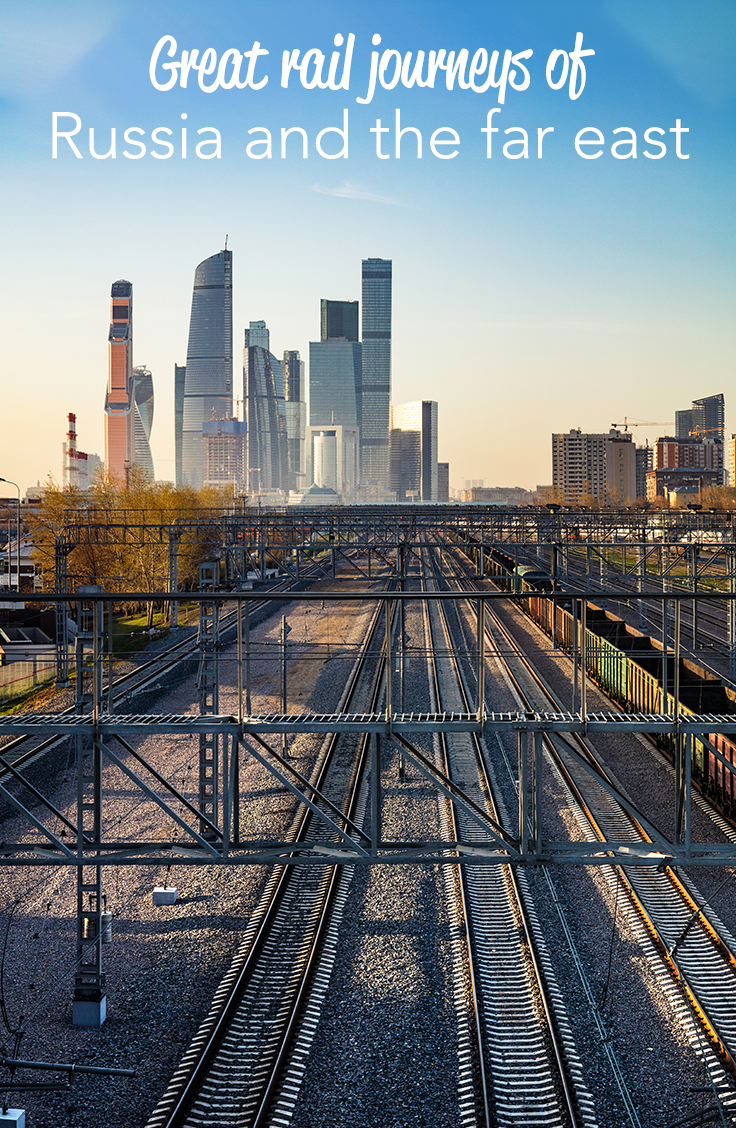