Lovers of unique pieces of art or public artworks, listen up. We’ve gathered together some of the weirdest and wackiest, larger-than-life sculptures and statues from all around the world that we think you shouldn’t miss out when travelling to each of these destinations. Which one will be your favourite?

If you visit Chaudfontaine Park in Liege, Belgium, you may come across an oversized clothespin. This sculpture was designed by the Turkish artist and professor at the Middle East Technical University, Mehmet Ali Uysal, who created it for the Festival of the Five Seasons in 2010. This giant clothespin was created to look like an illusion and that’s why it’s pinching a large mound of dirt and grass, just like a normal clothespin would on a piece of clothing. This is defiantly worth a visit if you’re planning on travelling to Belgium and exploring this urban park.

The Colossus of Constantine was a giant statue of the Roman Emperor, Constantine the Great. It was originally built inside the Basilica that Constantine himself completed and was estimated to have been around 12 metres tall. The remains of this stone sculpture are now located in the Capitoline Museum in Rome, Italy. Carved out of white marble were the head, arms and legs, whilst the rest of the body boasted wooden framework and a brick core. During the early 2000s, the fragments underwent restoration through the use of a 3D laser scan. When visiting the Capitoline Museum, you’ll find the remnants of the statue in the courtyard.

The Hand Of The Desert

The Atacama Desert is the driest, non-polar desert on earth and is situated in the north of Chile. On a small gravel road just off of the Pan-American Highway, is a giant hand made out of cement. This 36-feet-tall sculpture is known by the Chileans as ‘La Mano del Desierto’ and was built in 1992. The city of Antofagasta asked Mario Irarrázabal - a Santiago sculptor - to design and create a monument that showcases the emptiness of the desert and so, he sculpted four fingers and a thumb coming up out of the sand. The partnering right hand can be found in Uruguay and makes it seem as though the two are holding together South America.

In 1985, in the Minneapolis Sculpture Garden, a giant 5,800-pound spoon with a cherry on the end was erected. Claes Oldenburg is known for creating huge versions of everyday objects and was the artist who designed this unique work of art. It is said that Claes Oldenburg used to doodle spoons as a child, due to seeing a spoon resting on a piece of chocolate. It was his wife, Coosje van Bruggen, who chose to incorporate the cherry on the end, which weighs around 1,200 pounds. The stem acts as a fountain and sprays water into the bowl of the spoon and the pond beneath.

The statue of Charles La Trobe is situated in Melbourne, Australia and was designed and created by Charles Robb at La Trobe University in Bundoora. Charles La Trobe was appointed the superintendent of the Port Phillip District in 1839. After the establishment of the colony of Victoria in 1851, he became the first lieutenant governor. His five-metre tall, upside down statue, generated a huge amount of debate with the students of the nearby university, but Charles Robb explains that its overall message is that ‘it embodies the notion that universities should turn ideas on their heads.’ What do you think?

The Forever Marilyn statue was originally built in the Pioneer Court, which is part of the Magnificent Mile section of Chicago, Illinois. This beautiful statue is 26 feet tall and weighs around 34,000 pounds. It was constructed out of aluminium and stainless steel, then painted in her signature colours to create the white dress and bright red lipstick. She can be seen holding her dress down, as a blast of air arises from a subway grate. This is a snapshot of the iconic scene from Billy Wilder's comedy, The Seven-Year Itch, which came out in 1955. The statue has moved all around America and Australia, visiting California, New Jersey and Bendigo in Victoria.

If you wish to see one of these amazing works of art then book your next holiday with the TravelQuest team. You can choose to contact us via our website, call us on 0800 021 3237 or drop by our travel agents in Woodbridge or Ipswich.

Whilst there's fantastic architecture to admire, like the Charles Bridge & the Astronomical Clock, there's also a plethora of street art to enjoy in Prague.
Three Aboriginal Rock Art Sites to visit in Northern Territory

Northern Territory in Australia is home to Kakadu National Park. This UNESCO World Heritage Site is a protected area and is looked after by the aboriginal tribes that are thought to have lived here for 40,000 years.
5 Weird Worldwide Museums

Have you visited some really dull museums in the past? Do you wish you discovered a more unique attraction? Well, we’ve found you five different museums that’ll keep you amused for hours. 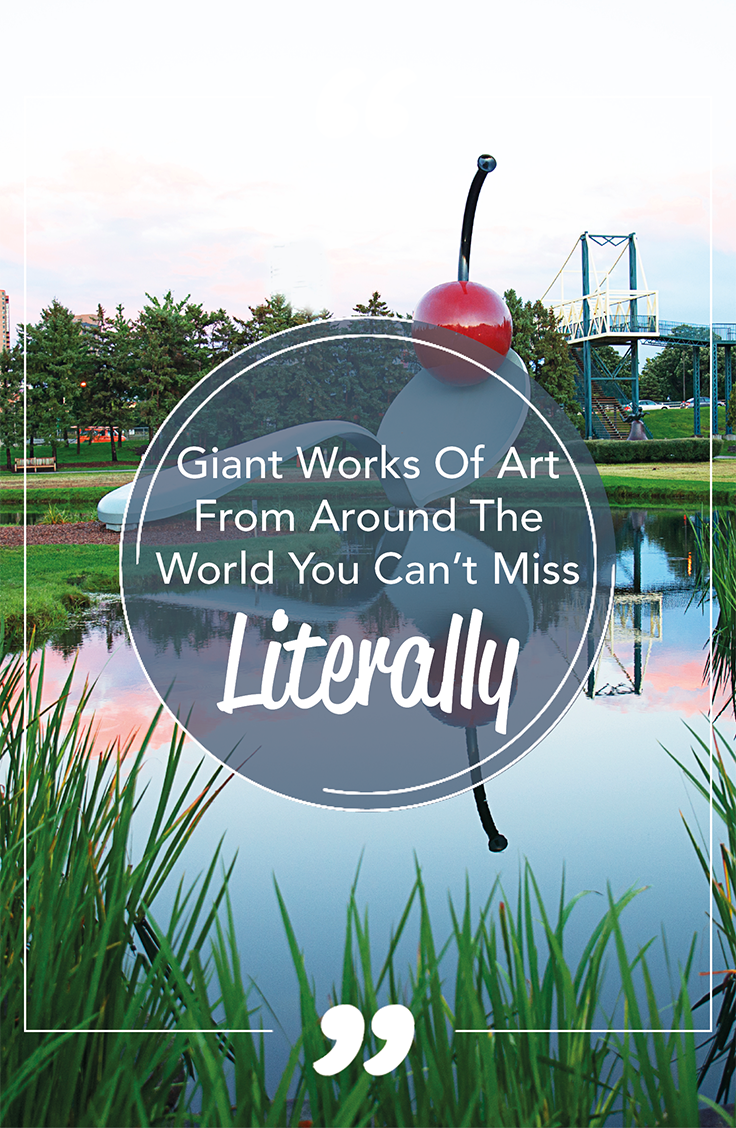