South Africa is a beautiful country, whichever way you look at it, but it may have just saved its most stunning sights for its southern coastline. The road along this part of the country, known as the Garden Route, showcases some fantastic scenery and offers the chance to take part in a range of exciting activities. The official Garden Route stretches from Storms River to Mossel Bay, but it is often extended to include the remaining part of the N2 highway, which runs into Cape Town.

This trail is so called because of its floral beauty and the fact that it winds its way through a variety of different natural environments. From sand dunes to lush forests, the Garden Route can take you on a true journey of discovery. Here are a few things that you should definitely stop to do along the way.

When you learn that the full name of this game reserve is the Addo Elephant National Park, you will know exactly what it has in store. It was originally created to protect the few remaining elephants here and has been a resounding success, with numbers growing encouragingly. A game drive will enable you to spot the other four members of the ‘Big 5’ too (lion, rhino, buffalo and leopard), as well as the interesting Addo dung beetle which can only be found here. Incidentally, due to the fact that the park includes marine areas too, it is the only one in the world that can claim to offer the ‘Big 7’, adding southern right whales and great white sharks into the mix.

Explore The Treetops In Tsitsikamma

The Tsitsikamma National Park is one of three areas that were amalgamated to form the Garden Route National Park in 2009. As well as the dramatic Tsitsikamma Mountains, the park features a number of trails that allow you to explore the different habitats found here. Bird watchers will be particularly interested to see the range of different species that make their home within the park. One of Tsitsikamma’s most popular attractions is the treetop canopy tour, which is a must for thrill seekers. As you travel around ten different platforms, you will climb, swing and zip line your way through a course suspended 30 metres above the floor below.

Knysna is widely regarded as one of the best small towns in South Africa and it is the local people and stunning natural scenery that make it so popular. There are opportunities to visit art galleries, relax in one of the many coffee houses or canoe your way through the Featherbed Nature Reserve. The town is also famous for its fantastic oysters, which are just one facet of the delicious restaurant scene that delights visitors.

There are many places in which you are likely to see whales along the Garden Route, but where better to do this than along the trail that has been named after these majestic creatures? The Whale Trail is mostly located within the De Hoop Nature Reserve and is home to great numbers of southern right whales in the period between June and December. These marine giants come to this part of South Africa to nurse their young and are often seen as close as just a kilometre off the coast.

If you choose to continue your South Africa tour towards Cape Town, be sure to take a brief detour via Stellenbosch to sample some of the world-famous wines produced in this area. Grapes have been grown here for this purpose since the 1600s, meaning there is a vast heritage to uncover and many different wineries willing to let you do it. With a new generation of winemakers comes the addition of sparkling wine and Bordeaux-like reds, which complement the traditional Chenin Blanc and Pinotage vintages perfectly.

Our wide range of South Africa tours will allow you explore the Garden Route and beyond. For more information about the different options available, please contact us today.

Having been introduced to the Rainbow Nation by World Cup 2010, many travellers subsequently booked a holiday in cities such as Cape Town and Johannesburg. So what are some of the main reasons you should visit?
Three African Mountain Ranges You Should Explore

Climbing a mountain is a great test of endurance and the chance to experience a giant sense of achievement, here are three African ranges to explore.
A Real African Adventure

Everything was very reasonably priced, which I was surprised about. I went with the perception that dining and drinking on the waterfront especially would be very expensive, but we all found it to be incredible value. 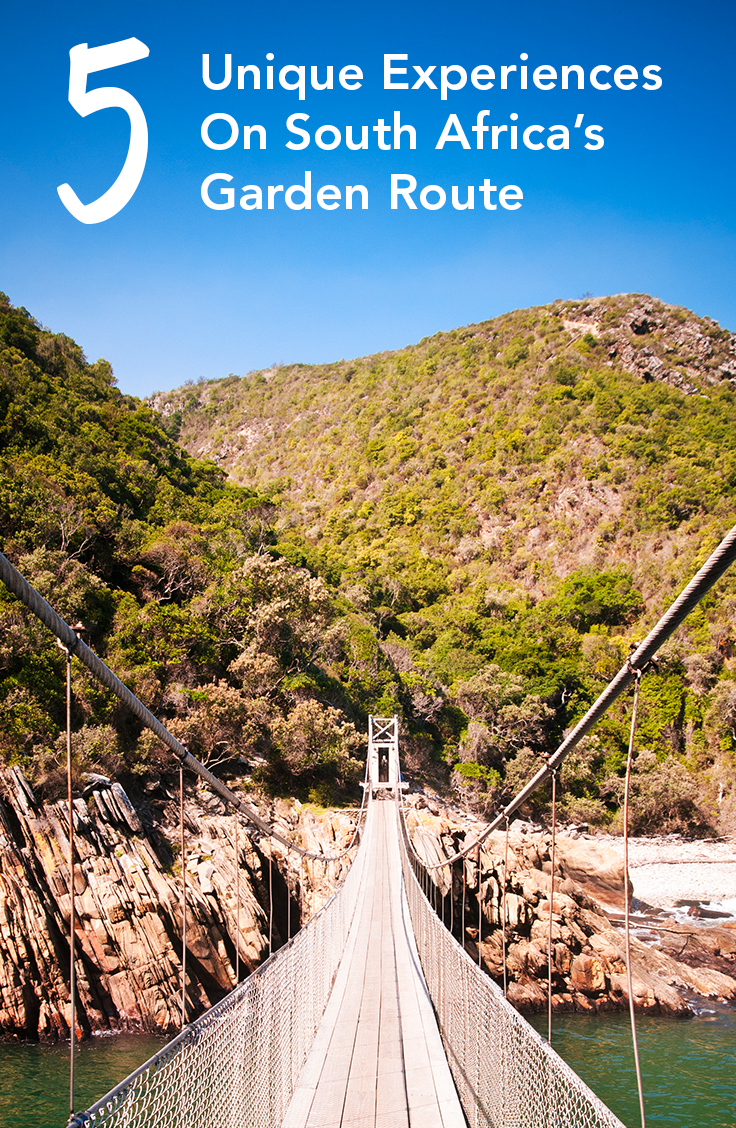