Just as we, in the UK, have a fascination with the culture of the Far East, the people of China have a relationship of admiration with Western culture. Throughout history, the country has evolved by taking different aspects of life elsewhere and moulding it into something distinctly Chinese but obviously influenced by something external. And this extends to architecture.

Starting in the 1990s, in response to rules in the early years of communism that dictated uniformity and mundanity, interesting and aesthetically pleasing construction projects started to spring up. All over China, parts of large cities we being transformed to look like Western destinations and entire towns were being created in the image of, sometimes obscure, foreign metropolises. Sadly, today, many of these remain empty or with very few residents, but they exist as a quirky facet of Chinese life.

This is perhaps the most famous example of ‘duplitecture’, the term coined for this style of copy-cat architecture, and can be found in a suburb of Hangzhou called Tianducheng. The recreation is quite meticulous with the avenues, lampposts and fountains all being created to match the real City of Light. The most notable feature, though, as with the real Paris, is the impressive replica of the Eiffel Tower. However, Tianducheng’s version is only roughly a third of the size of the original.

The only Western town replica on our list to be named after the place which inspired it, Hallstatt can be found in the city of Luoyang, Guangdong Province. Built in the image of a sleepy, Alpine village in Austria, the attention to detail is amazing. Charming European houses are accompanied by little bridges, manicured vineyards and cobbled streets to give the Chinese residents the feeling of being over 4,000 miles away. When China’s Hallstatt was officially opened, the mayor of Austria’s Hallstatt was in attendance and pledged his support for the project. It has since been declared a UNESCO World Heritage Site.

The beautiful town of Interlaken is nestled in between two lakes in the Bernese Alps but has found itself replicated within an area given the catchy name of Overseas Chinese Town East. Unlike the other places mentioned here, this was not built for people to live in but rather as a theme park dedicated to other cultures. As well as the replica of Interlaken (which includes a bridge like the famous Kapellbrücke in Lucerne), there is an Italian piazza, a Thai palace and an Indian holy well.

Although this district of Songjiang is modelled on a non-descript part of England, the fact that it is called Thames Town create parallels with London. The houses are so well designed that they look as though they have been lifted directly from a traditional village in good Old Blighty, complete with pubs on many of the corners, picturesque courtyards, canals, phone boxes and Victorian houses. Originally built to house university students, the majority of residences were bought by wealthy investors who had to abandon the homes and business after prices became too high for people to afford.

Just like Thames Town, Holland Town, in Pudong, takes many recognisable motifs from Dutch architecture and mashes them together to create something new in homage. Featuring windmills, canals and an exact replica of the Netherlands Maritime Museum, it is used more as a tourist destination or wedding photoshoot spot than somewhere for people to live.

Sigtuna is a small town in Sweden and was used as inspiration for the Scandinavian-themed North Europe Town in China. As well as aspects of Swedish architecture, there are also copies of buildings in Iceland – such as the parliament building. It was part of a project, along with Thames Town and Holland Town, to create nine different European-inspired residential neighbourhoods outside of Shanghai to give people somewhere inspiring to live in the suburbs and reduce the growing burden on the city’s infrastructure. However, like so many of the other places in the 1 City – 9 Towns project, it is now largely deserted.

We end our list with a replica town that is still in the planning stages. Sanweng is scheduled to be built in Jiangxi province and will celebrate China’s love for William Shakespeare. The name translates as ‘three masters’ and points to the fact that two other writers, who both died in the same year as The Bard, will be commemorated within the neighbourhood too. As well as copies of Shakespeare’s family home and certain streets in his birthplace of Stratford-upon-Avon, there will be areas which pay homage to Tang Xianzu, known as China’s Shakespeare, and Spanish contemporary Miguel de Cervantes.

If you would like to discover more facets of Chinese culture, we can help you plan your trip. Take a look at our range of China tours and call us on 0800 021 3237 to speak to our friendly team.

This colossal country is at the forefront of the world’s economy, has significant advancements in technology and its architectural feats are on another level (literally), but what is it about China that makes so many travellers want to spend...
10 Guinness World Records Held By China

As a nation, China is known for going above and beyond in its attempt to be bigger, better and more extravagant than other countries. So, to celebrate the recent Chinese New Year, here are 10 Guinness World Records that it currently holds.
Discover China With TravelQuest

As well as our European city breaks, Christmas markets, ski holidays and beer festival trips, we can also offer a range of tours throughout China. 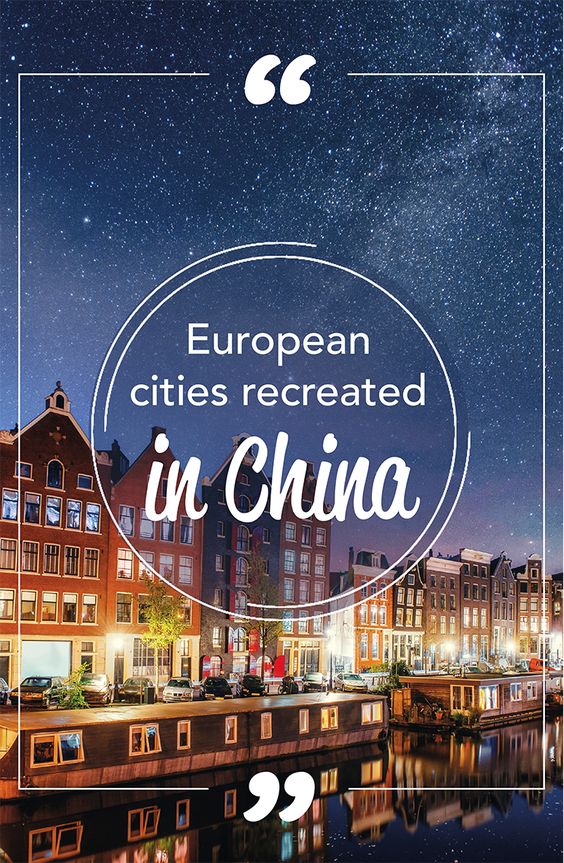