As well as fantastic wildlife viewing opportunities and stunning landscapes wherever you look, Canada is home to cosmopolitan cities that have their own unique vibe and appeal. As one of the most welcoming countries in the world, you’re sure to be greeted with open arms as you discover these vibrant metropolises and the famous attractions they are home to.

Here are three cities you can visit on our Canadian tours.

Vancouver is simultaneously the gateway to the spectacular Rocky Mountains and the jumping off point for cruises to Alaska. The most densely populated city in Canada lies close to the border with the USA and is extremely diverse in terms of the people who live there and the languages they speak. This is the starting point for many of our tours that feature the famous Rocky Mountaineer, a luxurious sightseeing train that travels through the Rockies to places such as Kamloops and Banff.

Popular areas of the city include Stanley Park, a lush green oasis outside of the city centre; Granville Island, home to the charming harbour; and Gastown, the original settlement which dates back to 1867. You might like to spend your time walking around the aquarium, braving the Capilano Suspension Bridge or even relaxing at the beach.

Often mistaken as the capital, Toronto is the largest Canadian city by population. Not only do the locals love it, it is also the most popular place for immigrants to settle down when they move to the country, making it a melting pot of different nationalities and cultures. Toronto is a great destination for foodies, with almost every cuisine catered four within the different neighbourhoods and a number of food festivals held throughout the year. It’s also the arrival point for thousands of tourists heading to the Canadian side of Niagara Falls every year.

The most famous attraction in the city is probably the CN Tower, once the tallest freestanding structure in the world. Visitors also enjoy taking a ferry out to the islands in Lake Ontario and looking back towards the impressive skyline or brushing up on their history at Casa Loma, an 18th-century castle.

Back over to the west of Canada, Calgary lies across the border from British Columbia in the province of Alberta. Lying on the other side of the range to Vancouver, it is also a popular destination for people looking to explore the Rocky Mountains. The city experiences its fair share of good weather, with nearly 2,500 hours of sunshine every year. Even in the winter, a phenomenon known as the Chinook winds blow down from the Rockies to warm the air by up to 15 degrees in just a few minutes. A keen destination for fans or fishing, hunting and ice hockey, the people of Calgary love to turn their hand to many different sports.

The most famous event to happen here is the annual Calgary Stampede, where the best rodeo riders from all over the world come to showcase their talents. The ten-day event also features live music, a parade, stage shows and chuckwagon races, drawing crowds from far and wide to what is known as the ‘The Greatest Outdoor Show on Earth’. If you are not visiting in July, though, you could spend the day at the zoo, take advantage of the fact that there are no sales taxes in Alberta with some retail therapy in CrossIron Mills or wander around one of the many museums.

We can offer tours that take you to any of these fantastic Canadian cities, as part of itineraries which also showcase the wildlife and scenery of such a beautiful country. Contact us today and you too can discover Canada.

Having just celebrated its 150th birthday, Canada is more popular than ever. Here are just a few reasons why this year-round destination should be on your list.
4 Modes Of Transport To Get You Across The Canadian Rockies

There are many forms of transport that will help you make the most of your Rockies adventure, but here are just a few.
Discovering Canada’s Wild Frontier

In August, Poppy Brown, from our Ipswich branch, took an exciting trip to Canada with Gecko Adventures. Here are some of the amazing things she got up to. 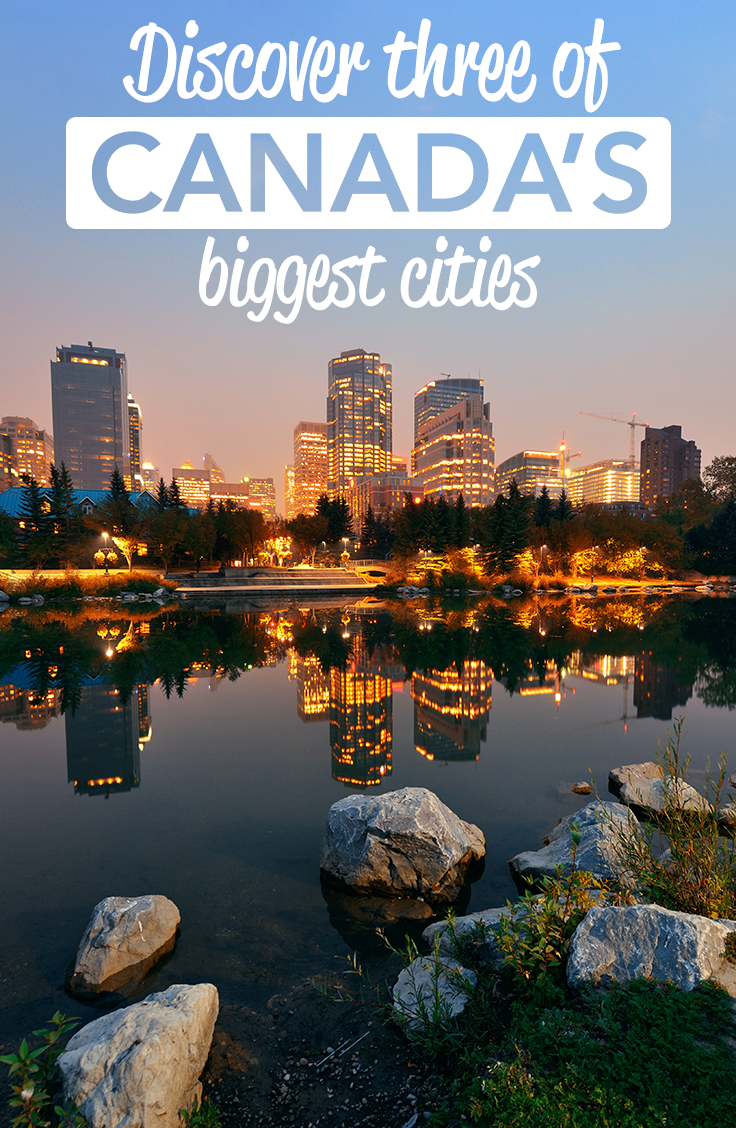