Discover The Three Great Civilisations Of Central and South America

The Mayans, Incas and Aztecs are known around the world as three of the greatest ancient civilisations. They built elaborate cities, devised detailed counting methods and writing systems, created their own calendars, became expert farmers and warriors and engineered roads. Often these empires are talked about as a Mesoamerican collective, but there are differences between the three and each has left behind its own legacy.

Having conquered modern day Mexico, Peru and parts of Guatemala, Belize and Honduras, these enduring cultures have left behind artefacts, tools and breathtaking ruins that have become popular tourist attractions today. Here is how you can visit some of the most famous sites.

The Maya peoples were the first of the three great civilisations, settling in Belize and Guatemala around 2,000 BC before spreading across to Mexico’s Yucatan Peninsula. They built their most impressive cities between 250 and 900 AD, including those at Tikal and Copan. Tikal, found in north-west Guatemala, is perhaps the most awe-inspiring of the Mayan sites and features temples, acropolises and even ancient sports courts. Amongst the structures that extend beyond the treetops of the surrounding rainforest is the Mundo Perdido (Lost World) Temple, thought to be one of the main focus points of the city and to have been used as a royal necropolis.

Over the border in Honduras, the Copan Ruins mark the southernmost point of the Mayan civilisation. This was once a major capital for these people and showcases the complex carvings and glyphs used in the Mayan writing system. You can visit both of these sites on our ‘Beyond the Mayan World’ tour. However, the most famous Mayan structure has to be Chichen Itza, a fascinating archaeological site found in Yucatan State and which can be explored during our ‘La Ruta Maya’ tour.

The most famous relic that the Incas left us with is undoubtedly Machu Picchu. This also happens to be one of the best-preserved Inca ruins that exist and we have many differed tours that can take you there. By following the well-known Inca Trail or the less-travelled Moonstone Trek, you will reach Peru’s national wonder of the world. You’ll be able to explore the Inti Watana, Temple of the Sun, and Room of the Three Windows, as well as some of the smaller structures found at the site.

Also, on an Inca tour of Peru, you will pass through the city of Cuzco, a settlement that was at the heart of this ancient empire. There are museums to wander around and the great fortress of Sacsayhuaman is a must see.

The centre of the Aztec Empire, the latest of the three ancient civilisations, was built on an island in the middle of Lake Texcoco. In a symbol of how modern day Mexico and these great realms of the past overlap, the lake has since been drained in order for the bustling capital of Mexico City to be built on top. A visit to this fascinating city will give you the chance to see the ruins of Tenochtitlán, the largest Mesoamerican city ever built, in the downtown district.

One of the best tours for spending time in Mexico City is 'Mexico Discovery'. Not only will you have three days here, you will also visit the ancient city of Teotihuacan. Whilst it was not built by the Aztecs, they inhabited it when they discovered it was abandoned and took great influence from its structures like the Pyramid of the Sun, the Pyramid of the Moon and the Avenue of the Dead.

Whichever tour you choose and whichever civilisation you wish to learn about, the spectacular ruins of Central and South America are just one side of this fascinating region. Contact us today and plan your trip back in time to Mesoamerica.

With three restaurants on the world's top 50 list released this week, Lima has established itself as a culinary front-runner.
5 Reasons To Visit…Peru

We continue our '5 Reasons To Visit' series by looking at the delights or Peru, home to spectacular landscapes, adventure activities and bucket list attractions.
10 Things You Never Knew About The Amazon Rainforest

How much do you really know about the world’s largest tropical rainforest? Here are ten top facts to get you in the know. 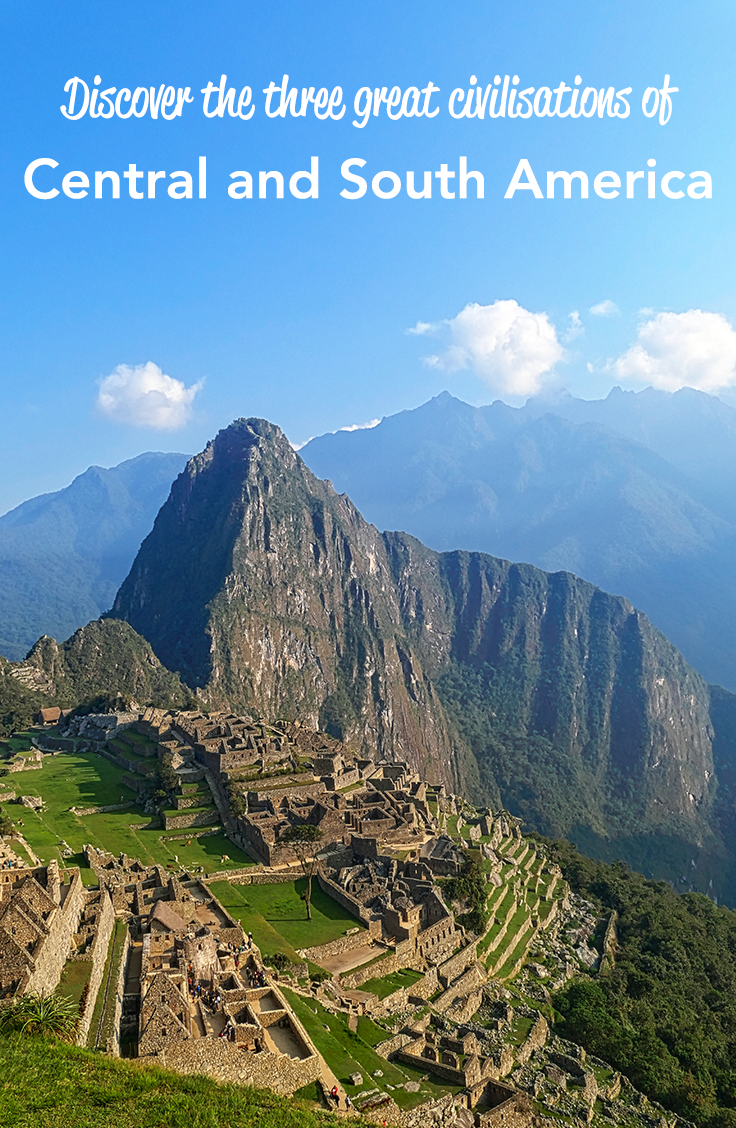