As well as short European breaks, TravelQuest can offer some fabulously immersive, historical and cultural trips outside of the continental mainland. China has one of the oldest ancient civilisations in the world, is the most populous country on the planet, and is home to some of the most enthralling tourist attractions. Attractions which can now be discovered on a number of different tours that we are proud to offer.

Let's take a closer look at what you can discover on our tours of China.

The Great Wall of China is perhaps the attraction which is most associated with China. This stunning wonder of the world meanders its way through the country, passing through many different provinces including Shanxi and Hebei. Parts of the wall are believed to have been built as early as the 7th Century BC and the whole structure is actually a number of smaller walls that were eventually combined and made stronger.

Anyone opting for our 'Wonders of China' tour will be able to walk a section of the Great Wall close to Beijing. This captivating experience is just one part of a journey that also takes in the sights of Xi'an and Shanghai. You can also visit this iconic structure as part of our 'Beijing Short Stay' package.

The breath-taking Terracotta Warriors are situated in Xi'an and can be discovered on both our 'In Pursuit of Pandas' and 'Wonders of China' tours. Unearthed by accident, when a group of farmers were attempting to dig a well, there are three pits in total filled with life-size replicas of warriors, chariots and horses.

These creations were buried with China's first Emperor in order to protect him in the afterlife. Whilst it is the warriors that receive the most attention, depictions of musicians, acrobats and non-fighting officials were also found when the discovery was made in 1974.

Unfortunately, the giant panda is one of the most endangered species in the world at the moment and so many people have made it their goal to see these beautiful creatures in their country of origin before it's too late. The panda has become the iconic symbol of the city of Chengdu, and this is exactly where we will take travellers who want to see these cute, cuddly and clumsy animals for themselves.

Our 'In Pursuit of Pandas' tour includes a day at the Chengdu Panda Conservation Centre. This centre for research and breeding is built to mimic the natural habitat of these animals in the hope of encouraging them to procreate. It is famously difficult to get pandas to mate of their own accord, but this excellent facility saw two new arrivals in 2014.

The Yangtze is the longest river in Asia and also the longest in the world to flow entirely within one country. It rises in the mountains on the Tibet-Qinghai border, before travelling nearly 4,000 miles and emptying into the sea close to Shanghai.

Travellers can combine a land tour of Shanghai, Xi'an, Beijing and Chengdu with a four-night river cruise along the Yangtze. This 'Majestic Yangtze' package takes you through the famous Three Gorges (Qutang, Wu and Xiling) and past the Three Gorges Dam on a journey through the most scenic parts of China. Stunning landscape after stunning landscape will glide past your window as you drift along a waterway which is home to a number of endemic species and generates one-fifth of China's GDP.

If you would like to discover China, we have five different tours available which take in the sights mentioned above. From short stays in some of the major cities to extended tours that include a brief river cruise; TravelQuest can help find the perfect package for you.

This colossal country is at the forefront of the world’s economy, has significant advancements in technology and its architectural feats are on another level (literally), but what is it about China that makes so many travellers want to spend...
European Cities Recreated In China

'Duplitecture' is a term coined to describe the Western-inspired towns and neighbourhoods that started springing up in China during the 90s. Many of them are replicas of towns you will know and love.
10 Guinness World Records Held By China 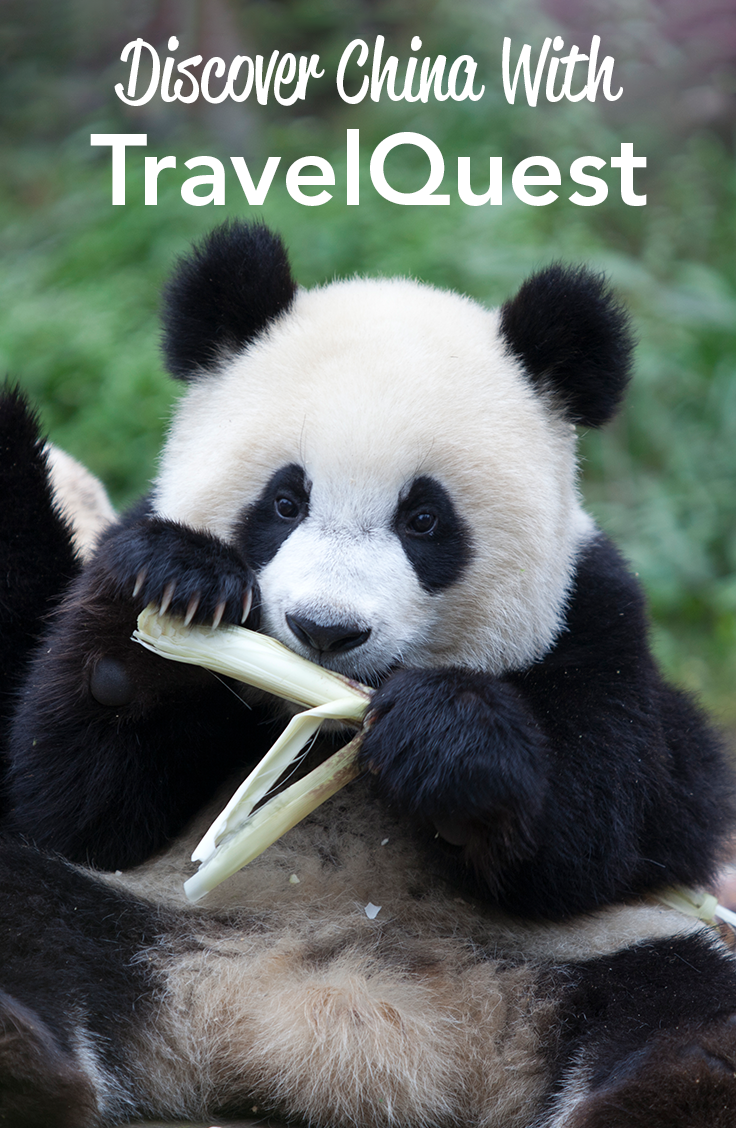