Far East Asia is home to a world of culture, much of which has been encapsulated in architecture that will leave you completely mesmerised. Cambodia is no exception and there are many tours available that provide the opportunity to visit many of these temples of significant historic value.

The UNESCO World Heritage site of Angkor Wat is home to many must-visit temples and landmarks of considerable significance. The temples here represent a bygone era of the Khmer empire, which once ruled over most of Southeast Asia. We take a closer look at a few of the most impressive sites to visit during a tour of Angkor Wat.

Between 1113 and 1145/1150AD, the Khmer Empire of South East Asia was ruled by Suryavarman II. Under his rule, he ordered the construction of Angkor Wat, a religious monument dedicated to the Hindu God Vishnu. It not only became the largest religious monument in the world, but also the largest pyramid-like structure in all of Asia.

Angkor Wat, which is where the historic site gets its name, stands at 200 feet high and is divided into many layers. There are four towers, each of which contributes to the temple’s appearance which resembles a lotus flower. The central temple complex also features an array of murals, each of which depict famous battles and Buddhist scenes including a depiction of Heaven and Hell, Elephant Gate, and Krishna and the demon King.

A short time after the rule of Suryavarman II, Jayavarman VII became king of the Khmer Empire and reigned from 1181 to 1218. During his reign, he built the impressive new city, Angkor Thom, within which sits his own “temple-mountain” known as Bayon.

It features 54 towers and is renowned for its 216 faces, which will greet you around every turn. These faces all appear to be very similar in design and shape, which has led scholars to believe, in recent years, that they are actually a depiction of Jayavarman VII himself. There are also three layers to this temple, the first two of which are rectangular whilst the top is circular. With so many halls and rooms amidst the staring faces, Bayon will leave you truly mesmerised.

Terrace of the Elephants

The Terrace of the Elephants was constructed by Jayavarman VII, who used it as a giant reviewing stand for public ceremonies and as a base for the grand audience hall. This 1,000-foot terrace is named after the many carvings of elephants on its eastern face. As well as elephants, there are also carvings of warriors, dancers and life-size statues of lions.

During the construction of the temples in Angkor, it was customary for each temple to have an enclosure or a moat. However, because East Mebon was encircled by water like an island, there was no need for such an addition. This temple features five towers and some impressively intricate stonework. It was dedicated to the Hindu god Shiva and honours the parents of the king.

Angkor is one of the most mesmerising sites of cultural and historical significance in the world. The temples mentioned in this blog post depict just a few of the landmarks you will have the opportunity to experience during a visit to Cambodia. If you would like to find out more about our range of tours of Cambodia, why not contact our friendly team today? Call us via the Freephone number or complete an online enquiry form.

Discover the secrets of Laos

Laos is often disregarded by those planning journeys to Far East Asia. Those that do decide to visit are rewarded with a cultural insight like no other.
4 Reasons To Discover South Korea

As a country that includes around 3,000 islands, as well as the mainland, there is so much on offer for adventurous travellers in South Korea.
Highlights of Thailand

Thailand is one of the most vibrant nations on earth, and our range of tours offer the best way to experience everything there is to see, do, and taste. 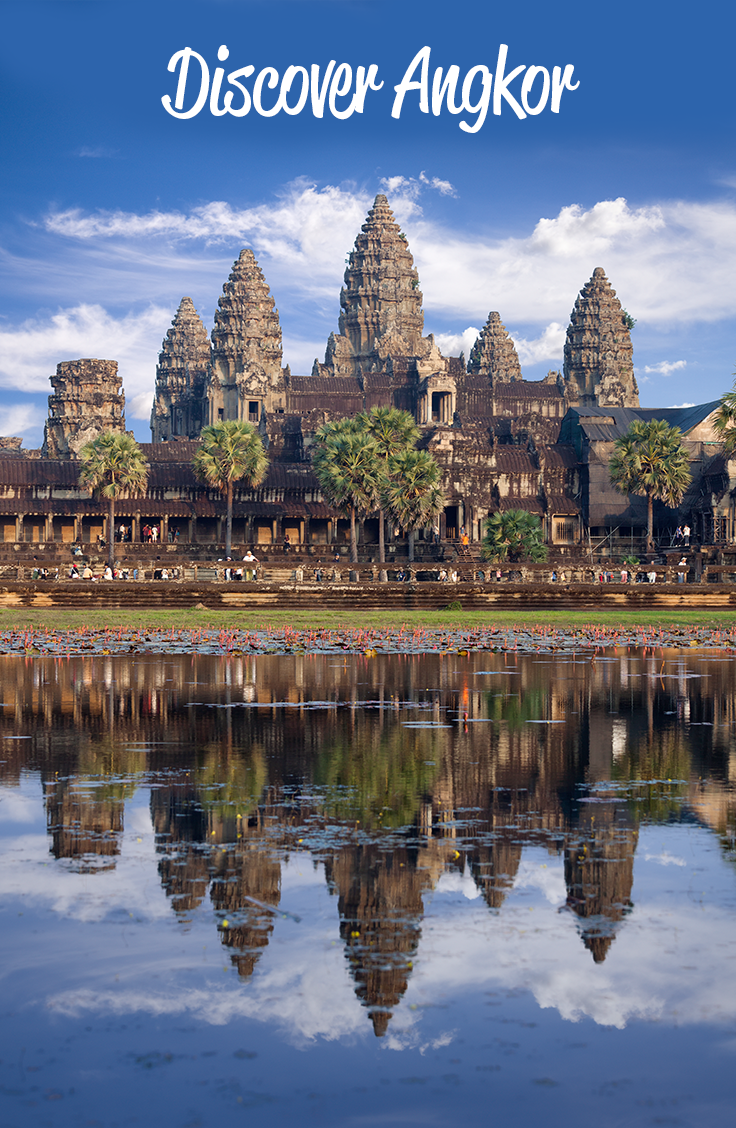