2017 marks the 150 year anniversary of the confederation of Canada, a time when the three British colonies of Canada, New Brunswick and Nova Scotia were united to form one federation. Since that time, changes and expansions have been made that have resulted in the ten provinces and three territories that exist today, but it all started way back in 1867.

Events are happening all over the country to celebrate this, with national and local initiatives having been planned over the last few years. There is a government website detailing the celebrations, an official tulip has been created which Canadians can even buy and grow at home, and the biggest rock performance in history is due to take place when Canada Rocks 150 hits Toronto.

So, to inspire a visit during 2017, here are some of the exciting events taking place across Canada this year.

The Biggest Canada Day Ever

There’s no doubt that the most fervorous celebrations will take place on July 1st, a day designated as Canada Day. Each town and city will have their own events taking place to mark this monumental occasion, but the largest frivolities are likely to be reserved for the capital, Ottawa. After the flag waving ceremony on Parliament Hill at 9am, the day will continue with musical and theatrical performances and opportunities to sample Canadian cuisine. A dramatic firework display will then take place in the evening as the party continues into the night. A mass picnic is also planned to take place on the Alexandra Bridge the next day.

Being held between January 27th and February 9th, Winterlicious is Toronto’s way of celebrating all that is great about Canadian food. For this two-week period, more than 220 restaurants across the city will offer three-course fixed-price menus so that diners can enjoy some themed cuisine.

2017 is an even bigger year for Montreal than it is for the rest of Canada. Not only will the city be celebrating 150 years along with everyone else, it will also be marking its own 375th birthday. One of the major initiatives taking place is the illumination of the Jacques Cartier Bridge, a structure thousands of people cross every day. A project has been launched which involves 2,800 lights that will change depending on the seasons and events happening in Montreal at the time. It is set to be unveiled on the city’s 375th birthday, May 17th.

This initiative is definitely something that you will want to take advantage of if you love nature and are planning a trip to Canada in 2017. Parks Canada are offering complimentary discovery passes to everyone, granting free admission to hundreds of National Parks, National Historic Sites and National Marine Conservation Areas. You will need to apply online (here), but once you do, you’ll have unlimited access to places such as Thousand Islands National Park, the Fortress of Louisbourg and Lake Superior National Marine Conservation Area.

This artistic initiative is aimed at showcasing the terrific multiculturalism Canada has. 150 murals will be created by people from 150 different communities across the country (between 5 and 15 per province). Once they have all been created they will be displayed in the town or city in which they were created for everyone to enjoy. The murals will also be joined digitally to form a mosaic that represents Canada as a nation.

One of the events planned for Edmonton in the sesquicentennial year is designed to showcase the food-growing heritage of the region. 150 different species of trees, shrubs and plants will be planted in an area of around 15,000 square feet in the town of Red Deer. This Edible Forest Garden can then be enjoyed by people living in the area and will hopefully encourage them to do something similar in their own gardens.

There are many other events happening throughout 2017 to mark Canada’s 150th anniversary and we can help you plan your trip to coincide with them. Our Canada tours will enable you to enjoy the spectacular wildlife, beautiful nature and vibrant cities all over the country.

Having just celebrated its 150th birthday, Canada is more popular than ever. Here are just a few reasons why this year-round destination should be on your list.
Discovering Canada’s Wild Frontier

In August, Poppy Brown, from our Ipswich branch, took an exciting trip to Canada with Gecko Adventures. Here are some of the amazing things she got up to.
Discover Three Of Canada’s Biggest Cities

One of the most welcoming countries in the world, Canada will greet you with open arms as you discover these vibrant metropolises and their famous attractions. 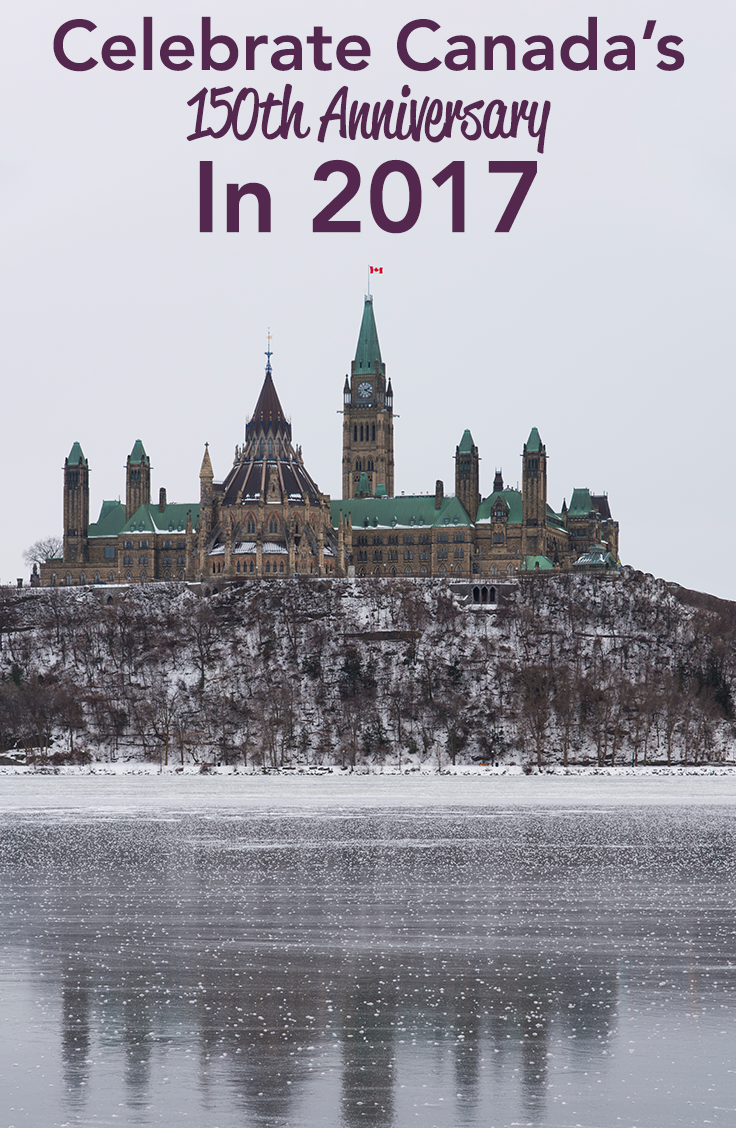