As the leaves on the trees start to reveal their golden hues, children begin to collect conkers that have fallen to the ground, and many of us take the plunge and turn the heating on for the first time, the unmistakable smell of autumn is in the air.

Whilst some people will be jetting off to admire the beautiful colours in Canada or New England, you may choose a different type of holiday. These festivals celebrate seasonal, local produce and offer the perfect chance to try some regional delicacies.

Just before Germany spreads joy and magic with its many Christmas markets, Weimar holds its annual Onion Market to celebrate this underrated vegetable. From 12th to 14th October, stalls will be decorated with traditional onion garlands and will sell a wide range of onion-based foods and souvenirs.

The market has grown in stature since it was first held in 1653 and now attracts around 350,000 people to this part of Thuringia. The event also includes the coronation of an ‘Onion Queen’, a city run, and fairground rides.

Hosted to acknowledge the humble shrimp (crevette in French), this festival will be held over the weekend of 6th and 7th of October 2018. Whilst the seafood is the star of the show, the event also showcases Honfleur’s maritime history with a range of sea-themed activities.

Sea shanties will be sung, traditional seafaring techniques will be demonstrated and there’s even a pirate village for you to wand-aarrggh through. Of course, you will also be able to taste the delicious shrimp and even learn how to peel them.

Oenophiles rejoice, as this event offers the chance to sip some wine from one of the world’s most prevalent winegrowing regions. Alongside tipples from the Napa Valley, many other producers will offer up their wine, beer and cider accompanied by food that celebrates the harvest season. During this three-day jubilee of venerated vines, awards will also be given out for various different categories.

Originally an exhibition at the annual harvest festival, the interest in Alba’s truffles grew so much that they now have an entire fair dedicated to them. And you’ll have two months to sample an ingredient known worldwide as luxurious and decedent, as the event takes place every weekend in October and November.

As well as the exhibition hall, where you can purchase certified truffles, there are also passionate chefs on-hand to create mouth-watering dishes with this seasonal produce. Plus, there are medieval re-enactments that give the fair a historical flavour.

Spain’s Castile-La Mancha Region is famous for its saffron and the Saffron Rose Fiesta in Consuegra hopes to showcase the area’s traditions to the world. Proceedings start with a young woman being chosen as the ‘Dulcinea’, the queen of the fiesta, so called to honour Don Quixote’s lover. Then, a contest is held to see who can separate the saffron stigma from the flower in the quickest time, a key part of cultivating the world’s most expensive spice.

Whilst all this is happening, a traditional 16th-century white windmill known as Sancho (another Don Quixote reference – he was from La Mancha) grinds flour from grains all over Spain to symbolise peace and equality. The festival will be held on the last weekend in October.

If you would like to visit any of these food festivals this autumn or you would like to know how TravelQuest can take you to other world events, call us on 0800 021 3237. You can also drop into our travel agents in Ipswich or Woodbridge to speak to the team face to face.

Whether you like fine dining, street eats or something in between, here are some great ways to discover amazing food experiences whilst abroad.
10 World Cities That Have Given Us Delicious Foods

These ten foods are proudly named after a city, but how strong are their ties to these different regions?
7 Delicious Destinations For Food In Toronto

With it opening its arms to people from all over the world, it’s no surprise that there is a wide range of food experiences to enjoy in Toronto. 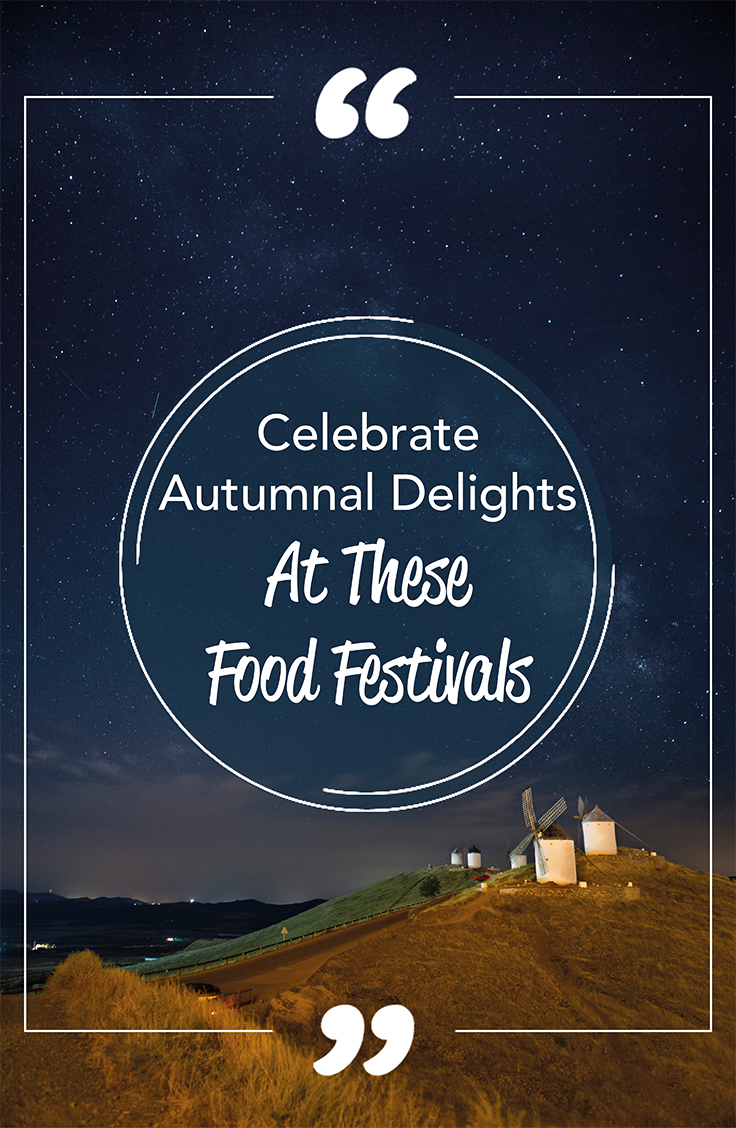