A Brief Break In Budapest

Chris Mayhew, a member of our online content team, has just returned from a short trip to Budapest. Here’s what he got up to on his city break and why he would recommend this fantastic city to anyone else looking for a few days away.

Following a short flight into Liszt Ferenc Airport, we made our way through passport control and out into the arrivals hall. First port of call was buying a ticket for the Airport Shuttle Bus from the conveniently positioned desk close to the exit of the airport. There are a variety of different ways to get from here to the city centre, including official taxi partners, but the 100E bus offers the best combination of speed and affordability.

The bus stop is just to the left as you exit the airport and the twice-hourly service will take you all the way to Deák Ferenc Tér, the main metro stop in the middle of the inner city. There are brief stops at Astoria and Kalvin Tér metro stations too if these are closer to your hotel. A quick note – whilst the 100E is advertised as departing on the hour and half past the hour, I found the departure times to be a lot more sporadic than that. It’s still a reliable transfer option though and even travels in a dedicated bus lane over the top of the busy traffic.

When we got off the bus at Deák Ferenc Tér, we headed straight onto the yellow metro line (number 1) to check-in at our hotel. There are four different metro lines (red, yellow, blue, green) and we found this a very easy and convenient way to get around. Budapest is a big city and our feet could only carry us so far. We mainly used the yellow line as this directly connected our hotel with the city centre. Its stations and trains seemed a lot older than those on the other lines, but this definitely added to their charm and also meant they we less busy.

Climbing the stairs back up to city level, we got our first glimpse of Heroes Square – something which would become a regular sight during our trip. This commanding intersection was always a hub of activity and features statues of legendary Hungarian leaders. By day, it plays host to swathes of tourists looking for the perfect photo opportunity and, by night, it is bathed in a light that suits the majesty of the figures depicted.

After dropping off our bags, we immediately headed out in search of something to eat. Our stomachs were rumbling by this point and we were eager to try some of the delicious Hungarian food we had heard so much about. We hunted down one of the most popular spots selling a local treat known as lángos. The long queue immediately told us we had made a good decision and the food definitely confirmed this. Lángos are flat pieces of fried dough topped with a range of sweet or savoury additions. We opted for one graced with Hungarian sausage, cheese, sour cream and onions, before messily devouring it with glee. Moments later, we were left with oily fingers, sour cream-flecked jeans, faces that needed mopping up and a ripped plastic wrapper from where we had tried (in vain) to cut it with a knife and fork. There’s no elegant way to eat lángos.

Suitably full, we spent the rest of the afternoon exploring the city centre, excited to see the gems that lie around every corner. After a nice meal, we took our weary feet and tired heads to bed.

The next morning, we headed into City Park, on the other side of Heroes Square, to do something that I always enjoy doing – visit the zoo. Budapest Zoo is not massive, but it is home to a large number of species that include polar bears, tigers, lions, elephants and gorillas. The fact that some of the signs were not in English led to us never really knowing what was behind each door (or even if the door was meant for public access) but we had a great time finding out. The largest elephant I have ever seen and the free-flying bat enclosure were particular highlights.

It wasn’t long before our stomachs were rumbling again and so we got on the metro in search of the Central Market Hall. When we walked through the door, we were met with never-ending rows of food and souvenir stalls – so much so that we didn’t know where to start. Looking up at the balcony level, we could see that this was where all the cooked food was being served and so we made our way towards the smell. Having fought our way through the throngs of other hungry tourists and locals, we found a seat with another local speciality in hand. A hollowed out loaf of bread was filled with beef goulash, red cabbage and Hungarian pasta. As we sat and watched everyone else trying to decide what they were going to eat, we slowly made our way through what felt like a mammoth meal. It was great.

Refuelled and ready to go again, we made our first trip across the river to the Buda side of the city. The adage goes that locals ‘live in Buda and party in Pest’ and it certainly seemed more residential on this side of the Danube. Another difference is the terrain. We had left behind the flat, accessible streets of Pest and now found ourselves amongst the almost impassable hills of Buda. Luckily, though, a handy funicular provides easy access to the Castle District overlooking the banks of the river. As we made our way up, we had a great view of the famous Chain Bridge and the Hungarian Parliament building on the opposite bank.

Ironically, the Castle District is no longer home to a castle. This is where one used to stand but now only remnants of its walls and gardens remain, whilst the Royal Palace that houses the Budapest History Museum stands in its place. You will, however, find plenty to admire in this part of Budapest. A short walk from the upper station of the funicular will take you to the breathtaking Matthias Church, complete with an intricately tiled roof which glistens in the sunlight. Behind it stands the Fisherman’s Bastion. This Romanesque-Gothic terrace provides stunning views of the city below and allows you to see the true beauty of Budapest. We could have easily spent hours here, but the nature of our trip meant we had to keep our moment of admiration short.

Having explored roamed the streets for most of the day, it was time to rest our weary feet. And what better way to do this than in one of Budapest’s fabled public baths. There are many of these around the city but we chose to dip our toes into the geothermal waters at Széchenyi Baths, also found in City Park. These are the largest medicinal baths in Europe, offering a plethora of choice when it comes to relaxing in the soothing waters. The main outside pool reaches a toasty 38 degrees Celsius and serves as the perfect antidote to the freezing air temperatures. We regularly made a mad dash between pools, our frozen cries subsiding into relieving ‘ahhhs’ every time. Many people came prepared with flip flops, which will definitely help to combat the cold pavement when moving between the different areas. As well as the outdoor pool, we sampled the sauna, chilled in the Chamomile steam room and whooshed around the whirlpool.

Our second morning in Budapest meant that there were only a few hours remaining before we had to catch our flight home. This left plenty of time to sample one more local treat. We had been passing stalls selling Kürtőskalács, or Hungarian chimney cakes, for the entire trip and I was determined to have one before we left. We made our way back towards the river and watched as the spinning spits of batter were slowly cooked by the flames until we were presented with the finished article. There are various different toppings available but we opted for our chimney cake to be dipped in chocolate sprinkles – a good choice as it was delicious.

With the taste of Kürtőskalács still on our tongues, we walked towards the Hungarian parliament building to see a memorial that has become synonymous with Budapest and the banks of the Danube. ‘Shoes on the Danube Bank’ was created to remember the 3,500 people who were lined up along the river and shot during World War II. 30 pairs of shoes were sculptured by Gyula Pauer and it’s rather moving to see the flowers and candles scattered amongst them by visitors.

And so, our short but fantastic trip had to come to an end. Budapest is definitely somewhere I hope to return to in the future and an ideal destination for a short city break. A two-hour flight and a wealth of treasures to uncover make for an interesting and insightful European holiday. If you would like to visit the Hungarian capital yourself, call us on 0800 021 3237.

It’s at this time that travel companies begin to tempt you with some fantastic destinations that are perfect for a winter break. And who we be, here at TravelQuest, if we didn’t throw some of our own recommendations into the mix.
5 Reasons Why Britons Now Prefer Short Breaks Over Two-Week Holidays

A recent study by the ONS shows that we Brits are taking fewer extended holidays abroad than we were during the 1990s. But why?
The Best Places For A Winter City Break

Winter can be the best time to visit popular destinations. You avoid the large crowds, save money & see a different side to the world’s most iconic cities. 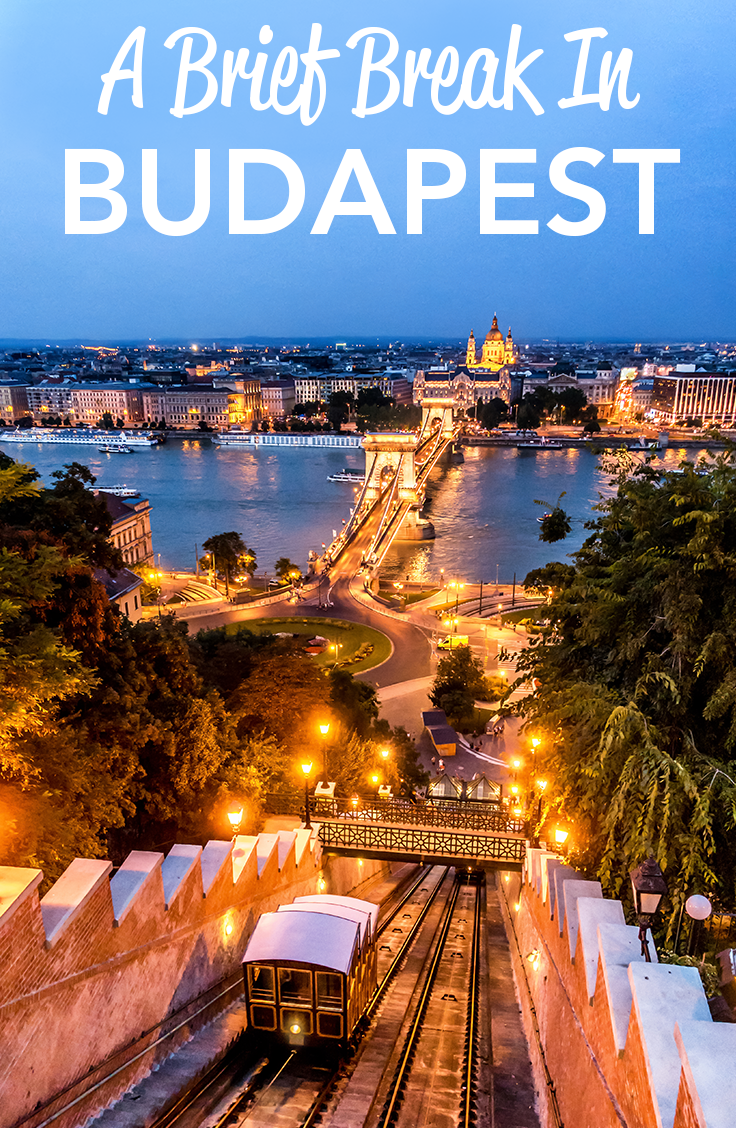