6 Christmas Desserts Eaten Around The World

We are about to enter a time of year when it’s acceptable (and practically encouraged) to eat your own weight in food and then fall asleep on the sofa. Christmas is about a lot of things – spending time with family, religion, helping others less fortunate and exchanging gifts, but what we eat also plays an important part.

And, whilst many people in the UK will be tucking into a brandy-soaked Christmas pudding after their turkey, others around the world will be satisfying their sweet tooth in different ways. So, here are six delicious desserts they may be enjoying instead.

It’s a quirky part of Christmas in Japan that people like to eat KFC, with almost 4 million families showing their love for this small piece of Western culture during the festive period. Having enjoyed a large bucket of chicken, many will follow it up with a slice of kurisumasu keiki or Christmas cake.

These light sponges are sold throughout the country in the lead up to Christmas and are usually decorated with strawberries and whipped cream. A marzipan Santa is then placed on the top as the finishing touch.

There are many different versions of this Christmas dessert, depending on which part of the Low Countries you’re in. What is consistent, though, is that the sweet bread is shaped to look like a baby swaddled in blankets. The name means ‘Bread of Jesus’ and it is often served to children with a warming glass of hot chocolate.

Some like to adorn their cougnou with flowers whilst, in other areas of Belgium, incisions or circles are used. The most traditional recipes call for the sweetness to come from simply adding sugar, but modern adaptations often use chocolate chips or raisins.

The Caribbean is famous for its love of rum and so it’s no surprise that the festive period is marked with a cake that contains plenty of it. In fact, rum cake (black cake in Jamaica) is made for a range of different celebrations including weddings and birthdays too.

The preparation starts weeks, sometimes months, in advance when raisins and cherries are soaked in white rum. Then the cake is whipped up using various different spices and a rum-flavoured syrup is poured over the top once it has cooled.

Trout may not be the most traditional of Christmas food but these treats from the Canary Islands have a name that means Christmas trout. However, luckily, they don’t actually taste of fish and have instead earnt their name for their curved shape.

These sweet treats are a bit like a dessert empanada in the way that the filling is encased in a crescent of dough. Traditional fillings can either be sweet potato mixed with almonds and cinnamon or a jam called cabello de angel (angel’s hair) made from a Canary Island squash. The finished truchas are dusted with icing sugar.

At Christmas time, tables in Eastern Europe are filled with poppy seed flavoured delights and Makowiec is what Poland is bringing to the party. One possible reason for the link between poppy seeds and the festive period is that poppies themselves are said to represent the blood of Christ.

Makowiec is similar to a strudel but the filling is made from a paste that includes poppy seeds, sugar, butter and lemon zest. Controversially, excessive amounts of the cake (or sometimes just a little) can cause you to test positive for high levels of morphine, due to the small traces found in the seeds.

Although originally from Iceland, this cake’s name points to the fact that it has Austrian roots (it means Vienna Cake). Plus, after generations of Icelanders moved to Canada throughout the 19th century, the dessert is now more popular in these parts than in its country of origin. Still, Icelanders swear by its deliciousness and who are we to argue?

Like many of the treats on our list, Vínarterta is also often prepared for other celebrations but is definitely an ardent part of Christmas. Layers of plum jam are spread between layers of biscuit that have been flavoured with spices such as cinnamon and cardamom. Traditionally, it is formed into a long, thin shape but it can also be round.

If you want to give your Christmas meal a twist this year, consider making one of these sumptuous desserts to round everything off. Or, better yet, visit the country itself to taste an authentic version. Call the TravelQuest team on 0800 021 3237 or visit or travel agents in Ipswich and Woodbridge.

Ever wanted to see what it would be like to spend Christmas abroad? We have some great ideas to help you enjoy a change of scenery this festive period.
Festive World Events That Arent Christmas Markets

From Guatemala to the Philippines, people have their local customs and festive occasions that bring people together from far and wide. Here are just a few.
6 Christmas Characters From Around The World That Are Not Santa

Not every country looks to Father Christmas at this time of year. And even those that do often have other festive figures who either help out or play the role of the Grinch. Here are six such characters from around the world. 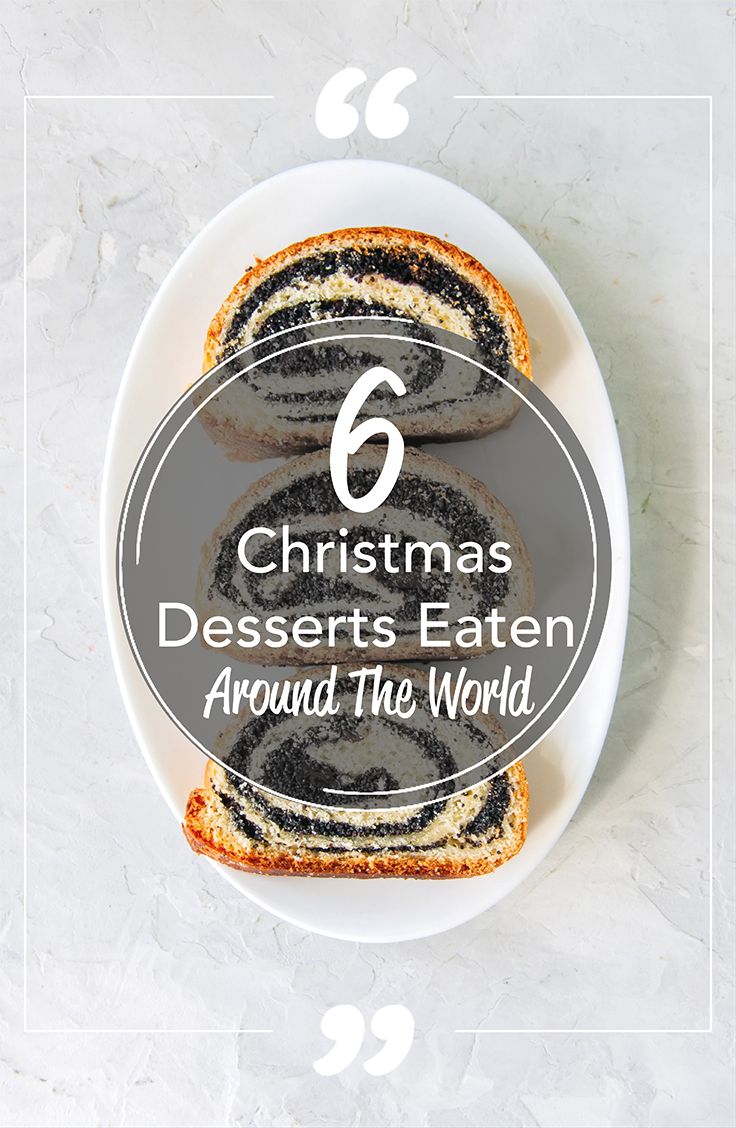