6 Christmas Characters From Around The World That Are Not Santa

Everyone in the UK knows who Santa is. The jolly guy in the red suit couldn’t walk down the street without getting mobbed by children waving their wish lists in his direction, whilst his face adorns Christmas merchandise from cards to baubles every year.

But not every country looks to Father Christmas at this time of year. And even those that do often have other festive figures who either help out or play the role of the Grinch. Here are six such characters from around the world.

We start our lists with one of the friendlier characters, as many you will see here are not exactly endearing. As a Slavic tradition, Ded Moroz (Grandfather Frost) visits children across Eastern Europe and Russia. He looks very similar to Santa except he doesn’t enter houses via the chimney and he arrives on New Year’s Eve, not Christmas Day.

Turning up at parties on the last day of the year, he is accompanied by his granddaughter Snegurochka (Snow Maiden) and hands out gifts in person. Before the Russian Revolution, he wore a red coat but this was changed to blue under the orders of Stalin, who didn’t want Ded Moroz to be confused with Santa. Nowadays, he often wears red with his granddaughter wearing a blue robe.

Whilst people are always pleased to see Ded Moroz, the Icelandic Yule Cat is not a creature you want to lay eyes on. Owned by Gryla, the gruesome ogress who abducts, boils and eats naughty children at Christmas, Jolakotturinn is said to devour anyone who doesn’t receive clothes for Christmas.

Apparently, this is because items of clothing are traditionally given to people that have worked hard throughout the year and not to those who have been lazy. To this day, Icelanders exchange clothes on Christmas Day for fear of being visited by the Yule Cat.

Although Italians have their version of Santa Claus (Babbo Natale), who brings presents on Christmas Day, they also receive a visit from La Befana on the eve of Epiphany, 5th January. This witch-like old woman flies down people’s chimney before assessing the children that live in the house.

If she feels they have been good, she will leave gifts in the socks that have been hung by the fireplace. However, if she deems them to be on the bad list, she will leave coal instead. Sometimes, if she’s feeling really helpful, she will even sweep the floor with her broom before she leaves.

Mummers are slightly different to the other figures on our list, in that anyone can choose to go ‘Mummering’. In a practice similar to trick or treating, people visit houses in their local neighbourhood dressed in disguise.

The idea is for them to perform a song, joke or other performance and for the owner of the house to try and work out who they are. Once the identity of the mystery mummers has been established, they are invited in for food and drink. As well as being a tradition in Canada (mainly Newfoundland and Labrador), Mummering is also done in some parts of Ireland.

Scandinavian countries love their stories about elves, fairies and little people, with Christmas being the time of year where many are said to make their appearance. In Norway, farmers look to appease the Nisse in thanks for the help it gives them with their chores during the year. To do this, they leave porridge out on Christmas Eve with lots of butter on the top.

The Nisse may be a small, gnome-like creature, but you don’t want to get on its bad side. And it is very picky about its porridge. The story goes that if the farmers neglect to leave the porridge out, or don’t slather it in butter, it will respond by killing their best cow.

We end the list with perhaps the most famous anti-hero at Christmas, Krampus. Born out of Pagan traditions, this half-goat figure is said to punish naughty children by whipping them with birch twigs and stealing their toys.

Originally truly feared, Krampus is now welcomed in parts of Germany and Austria, with events such as the Krampus Run held in his honour. The night before St. Nicholas Day, 5th December, is known as Krampusnacht and this is when many versions of this demon can be seen roaming the streets.

If you wish to experience Christmas in any of these destinations, there is still time for a last-minute getaway. Call us on 0800 021 3237 and the team will be happy to help with your plans.

We would like to take this opportunity to wish everyone a Merry Christmas and a Happy New Year.

Ever wanted to see what it would be like to spend Christmas abroad? We have some great ideas to help you enjoy a change of scenery this festive period.
6 Christmas Desserts Eaten Around The World

Whilst many people in the UK will be tucking into a brandy-soaked Christmas pudding after their turkey, others around the world will be satisfying their sweet tooth in different ways. So, here are six delicious desserts they may be enjoying instead.
Festive World Events That Arent Christmas Markets

From Guatemala to the Philippines, people have their local customs and festive occasions that bring people together from far and wide. Here are just a few. 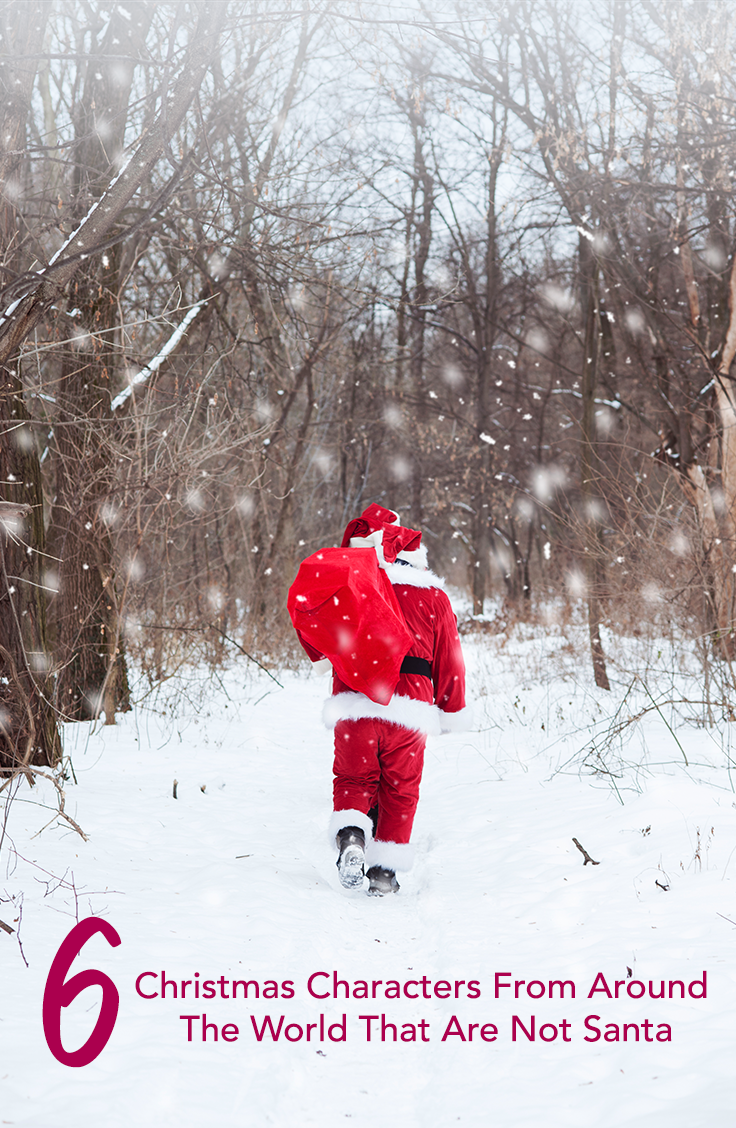