5 Things We Learnt On Our Guided Tour Of Bremen

Last weekend, we made the short hop over to the German city of Bremen to spend some time at the Christmas markets. As part of the trip, we received a guided tour from the Bremen Tourist Board, taking us through the historic centre and to some of the other popular areas of the city.

During this informative tour, we learnt some interesting things about this Lower Saxony gem, some of which we’d like to share with you.

Today’s Böttcherstrasse Was Built Thanks To Coffee

It may be rather surprising to discover that Bremen is Germany’s coffee capital but, thanks to a large proportion of the country’s coffee trade coming through Bremen or Bremerhaven in the past, this is the case. Merchant Ludwig Roselius is credited with creating the first commercial decaffeinated coffee and some of the wealth produced by his company, Kaffee HAG, was used to create the Böttcherstrasse you can see today.

The Böttcherstrasse is a historic lane used by the barrel makers to quickly get from the city centre to the river. Nowadays, it is one of Bremen’s most popular cultural attractions. The buildings on either side of this charming street contrast, showcasing formal, business-like properties on one side and more outlandish, artistic buildings on the other. Where there was once places like the headquarters of Kaffee HAG and an institute dedicated to the sunken city of Atlantis, there are now shops, cafés and hotels.

Most People Pose Wrongly With The Bremen Town Musicians

The Bremen Town Musicians are characters from a Brothers Grimm fairytale and have become the official symbol for the city over the years. The story tells of a donkey, dog, cat and rooster that had all grown too old to do the job they were needed for and so their owners had replaced them. Determined not to be rendered useless, they travelled to Bremen to become the town musicians, scaring some robbers away from a house along the way.

A statue of these four animals, in their usual stacked formation, can be found on the main square, close to the town hall. It has become customary to pose with the statue by holding the limbs of the donkey and making a wish. However, our guide told us that most people get this simple ritual wrong. Apparently, you must pose with one hand on each of the donkey’s front legs, otherwise, it is just seen as ‘one donkey shaking hands with another’.

The Ratskeller Has Wine With The Characteristics Of Different Animals

The Bremen Ratskeller is a wine cellar underneath the town hall that is known for its vast array of different varieties and for holding the oldest wine in Germany. Large parts of it have been turned into a restaurant and you can even eat your meal in one of the private booths shaped to look like barrels.

When we stepped inside the Ratskeller for a quick look, we were told about four giant, ornate barrels that are stored near the tables. Each of these had an animal’s head carved into the front of it and the wine inside was said to represent the animal. The dolphin barrel held a crisp, easy to drink white wine; the lion held a popular, full-bodied Riesling; there is a mellow, fruity red wine inside the monkey barrel; and the dragon barrel is filled with a punchy, fiery red wine that, we were told, you could only drink a couple of glasses of without feeling drunk.

The Buildings In The Schnoor District Were Originally Bathhouses

The Schnoor is another popular district of Bremen that shows great insight into the culture of the past. This area is filled with historic houses, arranged in quaint, narrow alleys and characterised by the cobblestones underfoot. For visitors, this is a great place to do some shopping in the boutiques and to find a quirky souvenir or two. However, these buildings were once filled with bathhouses.

The fishermen who spent their days on the River Weser would frequent the bathhouses at night. As well as group bathing, these premises also offered other ‘questionable’ activities. A statue in the Schnoor shows three people in a bathtub and reminds visitors of these humble beginnings.

We also saw a house known as the Wedding House, which has since been transformed into a stylish B&B. Previously, anyone who did not have a Bremen address could rent the house for a short period and they would then be eligible to get married in the Cathedral.

During the Middle Ages, it became customary for every German town or city to have its own unit of measurement. Though most of these have now fallen out of use, market traders and potential customers could once be heard referring to Nösels (Leipzig), rods (Dresden) and Klafters (Aachen and many others). Bremen’s chosen measurement was the ‘elle’, described as being the distance between the elbow and the fingertip. People could then go to the clothes merchants in the market and describe their material needs in elles.

The Roland Statue is part of the UNESCO World Heritage Site and stands outside the Town Hall. He represents Bremen’s status as a free city and is there to protect Bremen and all its people. Roland has pointed knees that measure exactly one elle’s distance apart and there’s a tradition that rubbing them will secure a return trip to Bremen in the future.

Bremen is very easy to get to (it’s just an hour’s flight away) and therefore provides a great short break destination. If you would like us to help plan your own trip, call us on 0800 021 3237 or drop by our travel agents in Woodbridge or Ipswich.

5 European Cities You Don’t Have To Fly To

Whether you suffer from aviophobia (fear of flying), dislike the stress associated with catching a flight or simply enjoy a more leisurely way of travelling, journeying by train can be a great way to start your holiday.
What You Can Achieve On A 5-Day Trip To Barcelona

The beautiful metropolis of Barcelona gives you the opportunity to explore the blend between Catalan traditions and the unique architecture designed by Antoni Gaudí.
A Weekend In Wroclaw

Sales Consultant Poppy visited the Polish city of Wroclaw. She had no expectations of what it was going to be like but, having been, she highly recommends it. 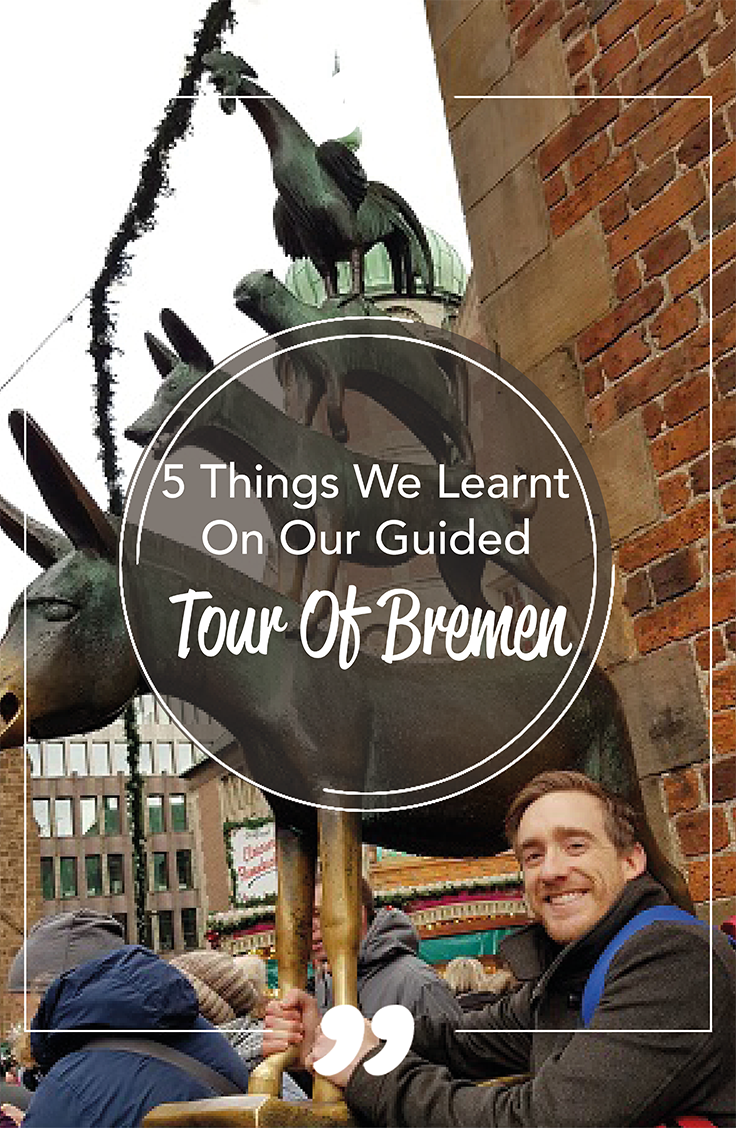