In a World Cup year, it seems fitting to look back at how football’s biggest tournament affected tourism and the general worldview of South Africa following 2010. Even though, as tradition dictates, England crashed out to Germany, millions of people around the world got to see just how fantastic the people and places of South Africa are.

Having been introduced to the Rainbow Nation, and with the sound of vuvuzelas still ringing in their ears, many travellers subsequently booked a holiday in cities such as Cape Town and Johannesburg. So what are some of the main reasons you should visit?

Various countries around the world can offer fantastic wildlife experiences, but few can do this on the scale of South Africa. National parks like Kruger and Addo Elephant combine with smaller game reserves to provide exciting safaris and the chance to see Africa’s famous Big Five. Meanwhile, on the coasts, a trip to Boulders Beach will let you meet the resident penguins and whale watching trips are in operation all the way from the Western Cape to the Eastern Cape. You don’t even have to leave the city to enjoy wildlife sightings. Zebras have been known to graze the pastures around Table Mountain and wild baboons run free at Cape Point.

South Africa is also a premier destination for wine lovers, with the area around Cape Town producing the most popular vintages. The country is known for its crisp Sauvignon Blanc from places such as Stellenbosch and Wellington, where the vineyards stretch as far as the eye can see. Pair these tipples with some local food cooked on a traditional braai and you’ve got the perfect recipe for a relaxing afternoon.

Just how adventurous you want to get will depend on each individual, but if you’re looking to get active then South Africa is the ideal destination for your next trip. From relevantly slow-paced activities like hiking to heart-thumping, eyeball-popping pursuits like cage-diving with sharks, the country certainly lives life on the wild side. Sun City is home Zip 2000, one of the world’s longest and fastest zip lines; you can paraglide directly from the top of Table Mountain; there’s even the chance to learn a new hobby in the form of blokarting. What more adventure do you need?

All countries have their own story to tell, but South Africa’s turbulent past under the oppressive constraints of apartheid is still there for everyone to see. Some signs still exist on city streets, museums tell the story of a divided country and the first non-racial elections were held as recently as 1994. Many of the positive developments can be traced to one man, Nelson Mandela, and his impact on the country is everywhere. A trip to Robben Island will take you to his former cell; Johannesburg’s Apartheid Museum offers an emotional look into the past; and a fitting mural has been erected at the site where the great man was captured, just outside of Howick.

This point could be extended to include many other areas under the heading ‘fantastic landscapes’ but The Garden Route is definitely the best example of South Africa’s pleasing panoramas. Stretching over 120 miles, from Mossel Bay to Storms River, the terrain features lakes, beaches, hills and bushes known as fynbos. Whilst the views are definitely to be savoured, there are plenty of other things to do as you make your way along the Garden Route. Relax in the lap of luxury at one of the beachside retreats, enjoy some delicious local food or visit a national park to get back to nature.

If you would like to plan your own South African adventure, the TravelQuest team can help you choose the perfect hotel for your holiday. Call us on 0800 021 3237 to discuss the options available or clihttps://www.pinterest.co.uk/pin/799459371327995244/ck here to submit an online enquiry. 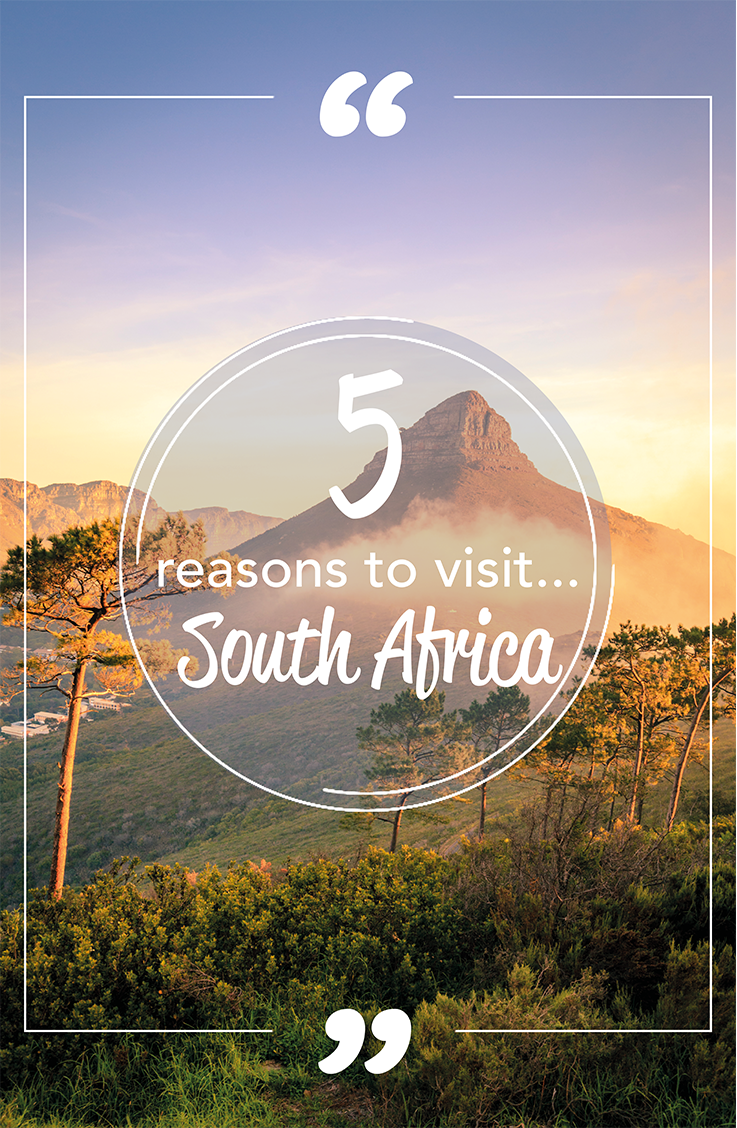 Everything was very reasonably priced, which I was surprised about. I went with the perception that dining and drinking on the waterfront especially would be very expensive, but we all found it to be incredible value.
Read more...

Climbing a mountain is a great test of endurance and the chance to experience a giant sense of achievement, here are three African ranges to explore.
Read more...

South Africa is a beautiful country, whichever way you look at it, but it may have just saved its most stunning sights for its southern coastline.
Read more...
Bonded by the Association of British Travel Agents (ABTA) and by the Civil Aviation Authority's Air Travel Organisers Licensing (ATOL) scheme, you can look forward to your next adventure with the peace of mind that your money is financially protected in the event of unforeseen circumstances.