Prague is a beautiful city situated in the heart of the Czech Republic. It features many quirky museums, baroque buildings, stunning churches, cathedrals and castles. If you’re visiting this amazing metropolis - but are not sure what to do or where to go - read on and discover some of the area’s highlights.

This popular tourist attraction was originally called Stone Bridge and collapsed in 1342 during a flood, but was rebuilt in 1357 with egg yolks mixed into the mortar to improve its stability. The reconstruction occurred during the reign of Charles IV and this is why its name changed to Charles Bridge. To this day, this Gothic overpass connects the Old Town to the Lesser Town and attracts plenty of tourists each year due to its rich heritage, parallel towers and Baroque statues. The opposing towers at each end can be climbed to get an amazing view of the bridge itself and Prague.

The series of Baroque statues dotted along the edges were designed during the 17th century, however, the originals have been replaced with replicas and can be seen in the Lapidarium at the National Museum. The most popular statue is one of the Czech martyr saint, St. John of Nepomuk, who is famous for being executed and thrown into the river. It is said that if you touch his plaque, you’ll receive good luck and will return to Prague – so make sure you find his statue.

Prague Castle is the most important Czech monument as it symbolises the Czech state and its cultural institutions. Visitors from all over the world come to see palaces and holy buildings with a variety of architectural styles, ranging from 10th-century Romanesque structures to 14th-century Gothic establishments. When visiting, you will also have the chance to see some work by the famous Slovenian architect, Josip Plečnik. Guided tours around the complex are available and are a good idea if you wish to learn more about the basilica, cathedral, Golden Lane and palaces.

Check out the Gothic style architecture imprinted on the St. Vitus Cathedral and the 10th-century design of the St. George’s Basilica. Make plans to watch the changing of the guards at 12 pm outside the front gates as it’s well worth a watch before you go into the castle and explore the different areas. Get there early, though, as the crowd will grow and you’ll want to be at the front.

One of the most significant areas in the Czech capital is the Old Town Square, as it has witnessed many historical events. It was founded in the 12th century and features the Old Town Hall, Baroque Church of St Nicholas and monument to Jan Hus. The Old Town Hall is the oldest, Gothic part in the area and features a beautiful, 70m tall tower with a chapel and an astronomical clock, where 12 figures of the apostles appear every hour between 9 am and 11 pm.

The chapel is located on the ground floor of the hall and projects rainbows of colours through its stained glass windows on a sunny day. You may also get the chance to see into the bowels of the astronomical clock. Underneath the chapel is the underground where guided tours are organised to show and explain the history of Prague. Ghost tours are also conducted if you’re interested in the paranormal. However, if that’s not your cup of tea, you can just wander around and take in the beautiful architecture and unique layouts.

The St. Vitus Cathedral is the largest temple in Prague and has held coronations of Czech Kings and Queens and archbishops, whilst noblemen, patron saints and sovereigns have all been buried here. The construction of this cathedral had to be stopped during 1419 due to the Hussite Wars, however, construction began to pick up again in the late 19th century when the original parts were repaired and the rest completed in a breathtaking, Neo-Gothic-inspired style.

When you visit this magnificent monument, the first feature you will notice is the large bronze doors with engravings of scenes from history regarding the cathedral itself and the story of St. Adalbert and St. Wenceslas. Once you’re inside, you’ll be astonished by the magical stained glass windows projecting colour everywhere and the Golden Gate situated at the back, which leads you into the third courtyard. A must-see is the burial place for the Royals, located in the chancel.

The Petrin Tower was constructed to be preserved as a smaller version of the Eiffel Tower. It hosts a 63.5m tall observation platform where visitors can go to witness a stunning view of Prague, which you can’t get anywhere else. From a distance, this tower may not look very tall, however, it was strategically placed on top of a 318m hill, making it feel very high once you’ve reached the top. If you can, go at sunset as it makes the views that much more special.

We recommend walking up the hill to get to the tower as there’s plenty to see on the way, including various pathways surrounded by trees, a memorial for the victims of communism and a rose garden. However, if you don’t fancy walking, a cable car is available to take you from either end. It has a museum and gallery on the ground floor which explains the history of the tower. Be aware that there are 299 steps to make it to the top, but there are places to stop on the way up.

Major changes are happening in Cuba, especially since Raul Castro was replaced as president. Here are some great reasons to visit the Caribbean island in 2019.
5 Reasons To Visit…Peru

This colossal country is at the forefront of the world’s economy, has significant advancements in technology and its architectural feats are on another level (literally), but what is it about China that makes so many travellers want to spend... 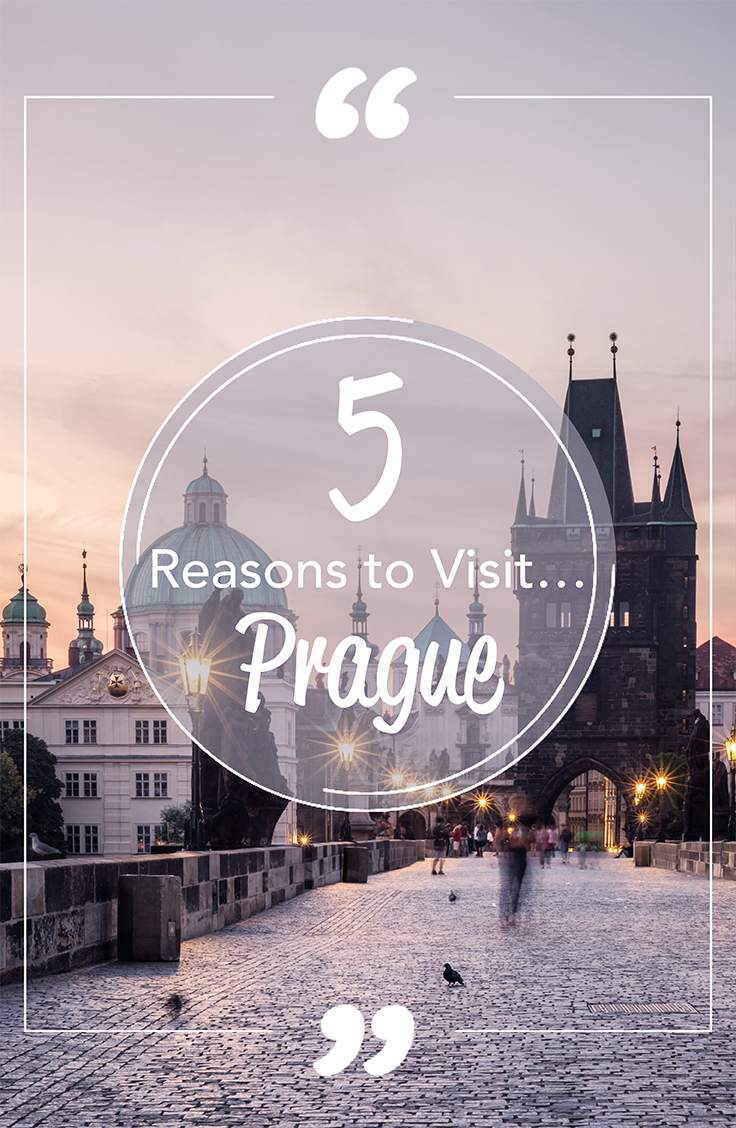