Peru is no exception.

It may not be the largest or most popular tourist spot on the continent, but there are so many reasons why you’re next holiday should take you to Peru.

Of all the surprises that Peru can throw your way, the fact that it is a hotspot for world-renowned chefs and award-winning restaurants has to be the biggest. Whilst Peruvian food has been busy spreading itself to cities all over the world, a culinary revolution has been happening back home in the capital, Lima.

And it’s more than just ceviche. Led by Gastón Acurio and an army of young chefs like Virgilio Martinez Véliz, the city has given birth to a range of fine dining restaurants that use everything from quirky ingredients such as alpaca and Amazonian fruits to dishes influenced by the Far East. At the other end of the scale, Peruvian street food has also taken off in a big way.

All through Central and South America, ancient civilisations like the Mayans, Incas and Aztecs have left their mark, resulting in spectacular sights that people all over the world dream of seeing for themselves. Peru is home to a number of these, most notably Machu Picchu. Most easily reached from the town of Cusco, this Incan citadel (and the famous trail that leads to it) is the country’s major tourist attraction. As the early morning light brushes the historic stone structures, emotions will stir and your thoughts will drift towards what this site would have meant to the Incas.

Another important attraction in this regard is situated in the Nazca desert. There is plenty of mystery surrounding the Nazca Lines, white marks made in the rusty sand by the Nazca people thousands of years ago. Best seen from the window of a plane (there are specific sightseeing flights devoted to looking down on them), no one is really sure how they were made or what they are for. Some form the shape of animals and figures but their existence is so puzzling that a few people even believe aliens were involved.

Nature At Its Best

With eight breathtaking national parks and countless other verdant spots, Peru is the ideal destination for nature lovers. The sheer diversity of habitats and ecosystems means you could encounter anything from jaguars to penguins and find yourself walking over volcanic rock one minute and through lush vegetation the next.

Lake Titicaca is one spot particularly noted for its natural features. The largest lake in South America and, according to Andean beliefs, the ‘birthplace of the sun’ can offer authentic cultural experiences on its shores and many endemic species beneath its waters. You can even stay on various different islands in the middle of the lake, some of which are home to luxury private resorts.

Many people’s thoughts first turn to Brazil when the Amazon is mentioned, but 13% of this giant rainforest is actually located within Peru. The best way to explore this region is a via a river cruise that will take you along the Amazon River. You’ll explore its banks in search of monkeys, sloths, tapirs, macaws and more – all the while led by knowledgeable experts who know the best spots. Your cruise will also take you to meet some of the local communities that thrive in the Amazon by selling local crafts and fishing for piranha.

If you’re not into trekking through the undergrowth, sandboarding through the desert or paragliding off clifftops, you may be interested in the more relaxing side of Peru. The entire coastline is littered with rugged beaches where surfers ride the waves and sun-seekers lie back and enjoy their natural surroundings. Choose from small, colonial towns such as Trujillo and more tourist-focused spots like Punta Hermosa.

If you would like to plan a trip to Peru, whatever the reason may be, we can make the process easier and remove any stress. Call our team on 0800 021 3237 or drop into our travel agents in Ipswich or Woodbridge.

The Mayans, Incas and Aztecs are known around the world as three of the greatest ancient civilisations. Here's how you can visit some of their famous sites.
Mexico and the Mayan Riviera

Belinda Jessup, experienced a fantastic trip to Mexico recently. As well as exploring Mexico City, she visited impressive Mayan and Aztec ruins in the area. 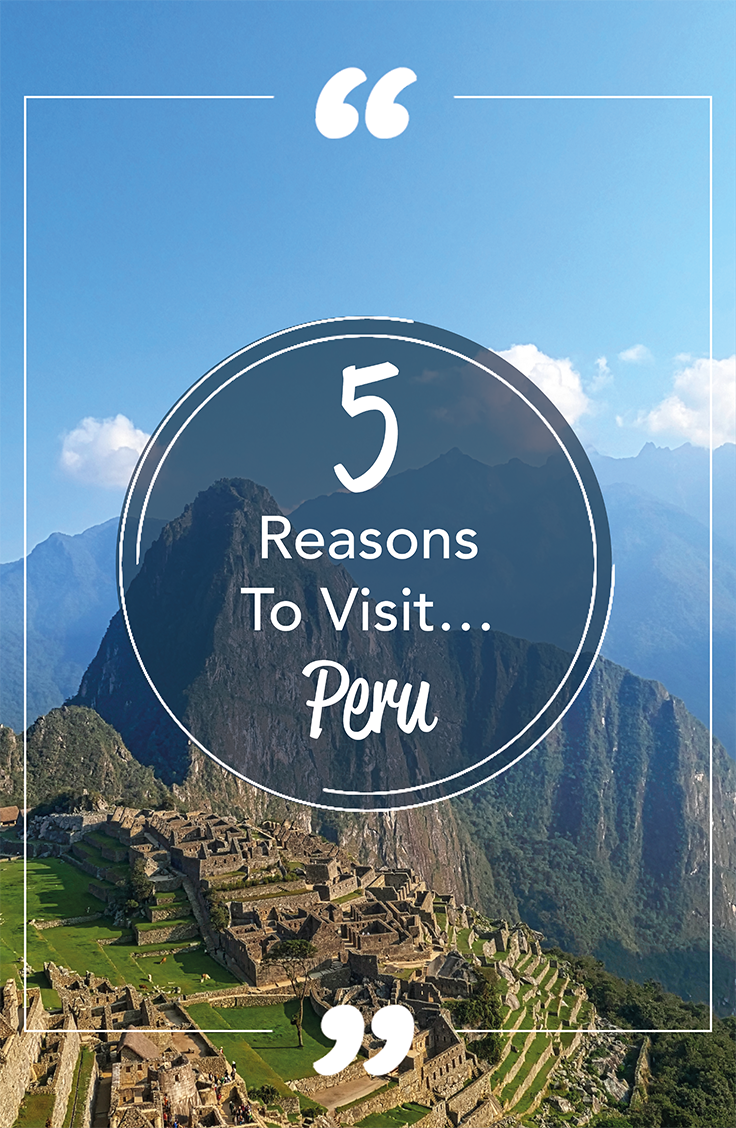