Our ‘Five Reasons To Visit...’ series of articles aims to distil a country down into its highlights and give you plenty to consider when it comes to choosing your next holiday destination.

Today, it’s the turn of Iceland, a country that has seen a great boom in tourism in recent years and which continues to amazing and delight travellers from all over the globe. Plus, with Iceland Air offering free stopovers on flights to a number of major US and Canadian hubs, there’s really no excuse to skip this beautiful island.

Whether it’s breathtaking wildlife, awesome views or jaw-dropping features of the landscape, nature is arguably at its most impressive in Iceland.

The surrounding seas are full of whales and seals, which can be viewed on boat tours; the earth is literally shaped by raging waterfalls and volatile volcanoes, many of which can be seen up close; and puffins and auks soar through the sky.

Some of the most popular natural attractions include Gullfoss waterfall, Geysir (the geyser after which all geysers are named) and the Thingvellir National Park – all of which can be seen as part of the Golden Circle Tour.

The Icelandic people are a friendly bunch, acutely aware that tourism is a big source of income for the country and passionate about allowing that to continue. Most locals working in the service industry have a great grasp of English and are always happy to help.

Icelanders are a dreamy society too with a love of regaling stories that involve trolls, fairies and other mythical folk. These tales are used to explain everything from how the land looks to why certain things happen.

A Chance To Get Off The Grid

Reykjavik is always high on the list of any visitor to Iceland, and for good reason, but if you decide to travel to any of the other parts of the island you can look forward to a peaceful and remote trip.

A single ring road allows you to circumnavigate by car, but don’t expect to see many others on the roads. You can sometimes drive for miles without passing another car and the towns and villages along the way have small populations.

Destinations such as Akureyri, Seydisfjordur and Höfn will take you off the beaten track and allow you to see what life is like outside of the capital whilst still offering the chance to see waterfalls, volcanoes and glaciers.

If you have never experienced 24 hours of continuous sunlight then now is your chance to see this magical phenomenon for yourself. Iceland’s position just below the Arctic Circle means that for the period between late May and early July the country is bathed in an alluring glow. During the solstice (20th to the 22nd June) the sun only ducks below the horizon for a brief three hours.

Around the winter solstice, though, the days become dark and night time is almost indistinguishable from day. Not only does this add an eerie reverence to Iceland’s natural highlights but it’s also the perfect time to see the Northern Lights.

The Midnight Sun has had varying effects on different people – from causing insomnia to inspiring great artists with an ethereal light. Either way, it’s a wonderful spectacle to witness.

The volcanic activity that occurs on and under Iceland means that geothermal waters are abundant. Much of the water is used for sustainable energy (the country gets 100% of its electricity and 85% of its heating and water from these sources), but a lot of it is used for one of the island’s biggest pastimes.

Due to the restorative properties of the water, Icelanders love to bathe in public spas and natural pools that are all fed by bubbling hot springs. The most famous example is the Blue Lagoon, a luxurious spa complex on the outskirts of Reykjavik, but there are plenty of others to experience as well.

If you would like us to help you plan your trip to Iceland, give us a call on 0800 021 3237. Alternatively, you can click here to submit an online enquiry.

5 Things To Know Before Travelling To Iceland

We wholeheartedly recommend a trip to this part of the world, but here are a few things to know before you go.
Chasing The Northern Lights In Northern Norway

A recent trip took us inside the Arctic Circle to Tromso where we hoped to catch a glimpse of the Northern Lights. Here is the story of an epic night.
Beat The Heat With These Ice Cold Attractions

We’re here with a list of ice cold attractions that will definitely cool you down during the heatwave. And, if you can’t make it in person, just imagining yourself at any of these places will help combat those high temperatures. 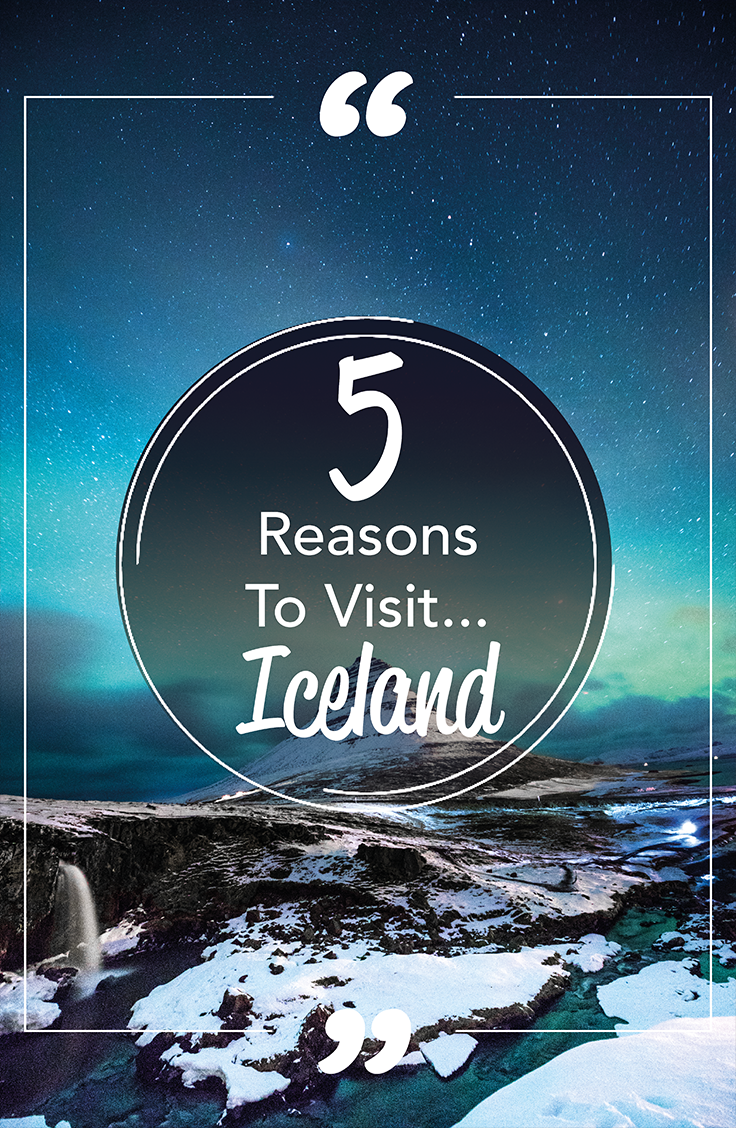