Ever since Barrack Obama re-established a political and commercial conversation with Cuba, tourism on this small island has flourished. Airlines, cruise operators and hotel chains have all been given the green light to create new transport links and properties, causing a severe upturn in the number of visitors received and sparking a fundamental change for the country.

A further milestone was reached earlier this year when the Castro (first Fidel and then his brother Raul) era finally came to an end, thrusting Miguel Díaz-Canel into the president’s hot seat and causing many more travellers to consider a trip to the new Cuba.

If you are one of these, you’re sure to know of many reasons to visit. However, for anyone still deliberating, here are five great reasons to travel to Cuba in 2019.

A few years back, people used to say “go to Cuba before it changes.” However, major changes are already underway, as the country begins to develop commercially and tourist facilities crop up everywhere. Luckily, much of the real Cuba can still be seen on the streets of towns and cities, creating an atmosphere unlike most holiday destinations. So, if you want to experience this for yourself then it’s best to arrive on these shores sooner rather than later. Capitalism is always going to change a nation but, for now, at least, charming colonial towns can still be seen in all their glory.

Travel Back In Time

Much of Cuba’s charm is due to the fact that stepping onto the streets of Havana is like stepping back in time. Classic American cars rule the streets, providing taxi services or quirky city tours; horse and carts are still used every day in rural areas; art deco buildings proudly boast splashes of vibrant colours.

Plus, there’s much more history to discover when you look back further than the 20th century. The UNESCO World Heritage Site of Trinidad (the town, not the island) acts like a giant open-museum, the crumbling Castillo de Los Tres Santos Reyes Magos del Morro stands in Havana’s old harbour, and Santiago de Cuba’s Casa Velázquez is the oldest house on the island and has been converted into a museum.

As well as historic settlements, Cuba can serve up some beautiful beaches, particularly on the north coast, where the sands rival some of the best in the Caribbean. Cayo Coco beach (luxury hotels), Cayo Guillermo (flamingos) and Cayo Las Brujas (a great inexpensive option) all deserve honourable mentions for various reasons, but the most famous and popular spot has to be Varadero Beach.

You’ll find everything you could wish for along this stretch – pristine white sands, azure waters and palm trees swaying in the gentle breeze. And don’t let its popularity put you off. The fact that Varadero is 12 miles long means that there is plenty of room for guests in the all-inclusive hotels that line the beach to find their own slice of Caribbean paradise.

Move To The Beat

Cubans show their passion and zest for life through the mediums of music and dance, and a visit to this colourful country will give you the chance to experience (and be part of) this culture. Local musicians regularly perform live at hotels and resorts, whilst impromptu dances can often start out of nowhere. In both forms of expression, influences are taken from Spain, Africa and America to create a kaleidoscope of sound and movement.

The Caribbean is well known for its love of rum, but Cuba is credited as being the place where the mojito was first invented. If you’re a fan of this refreshing drink, you can sip a cold one in the bar which first brought it into the world – La Bodeguita del Medio. If a mojito isn’t your tipple of choice, why not follow in the footsteps of Ernest Hemingway and head to La Floridita to order a daiquiri?

There’s also a new food wave sweeping through Cuba, as young chefs attempt to put their own twist on classic cuisine. This is not only seen in the major restaurants but also in the small, family-run venues and even the street food stands. The food is typically very fresh and makes use of the exotic ingredients that are abundant all around.

If you would like to take a trip to Cuba in 2019, the TravelQuest team can use their wealth of experience and knowledge to put together your ideal holiday. Visit our travel agents in Woodbridge or Ipswich to speak to them in person, or click here to submit your enquiry through the website.

Cuba is the largest of the Caribbean islands, measuring a total of 40,852sq miles. It is a country of contrasts, with many cultural, historic and natural surprises to explore.
Enjoy the Warm and Vibrant Culture of Cuba

While the snow settles in the UK, more and more tourists are heading to Cuba in the hope of learning about the history and culture of this diverse nation.
Match Your Holiday Needs To The Perfect Caribbean Island 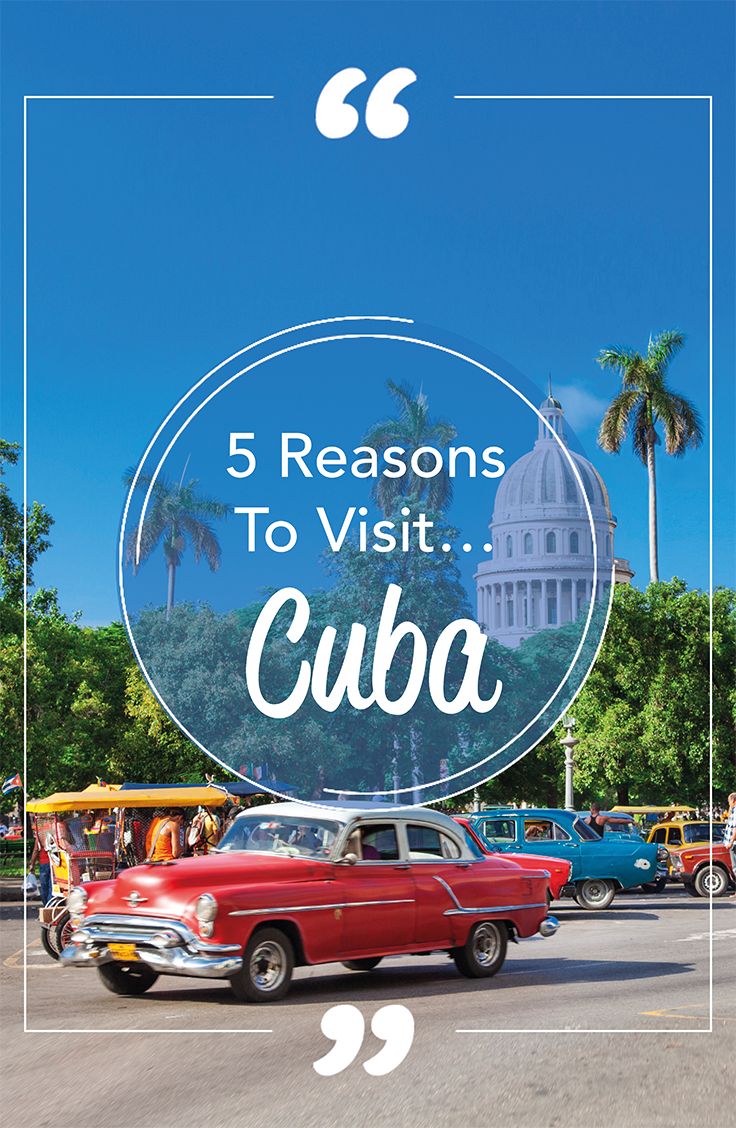