Having just celebrated its 150th birthday, Canada is more popular than ever right now. The world’s second-largest country is regularly named as one of the friendliest and safest places to visit and there is so much to see and do that you’ll find yourself returning again and again for a different experience. What’s more, Canada is a year-round destination, offering something different during all four seasons. Here are just a few of the reasons it should be on your travel list.

Canada is home to a range of different habitats, from coastal coves to dense forests, resulting in an amazing diversity of wildlife that can be seen on land, at sea and in the air. During the summer, in British Columbia, a phenomenon known as the Salmon Run brings high numbers of grizzly bears to places along the west coast. If you would prefer to see polar bears, the small town of Churchill, Manitoba, is the place to go. Venturing there in March will give you a good chance of seeing the bears emerge with their newborn cubs.

In the 1600s, the French travelled across the Atlantic to make their home in what we know today as the province of Quebec. A visit to this part of Canada offers a distinctly European feel and you will see the French influences everywhere as you walk in Quebec City and Montreal. The language will be spoken all around you, the architecture will remind you of a trip to Paris and the culinary influences have created delicious dishes such as poutine and tourtière.

It’s not just the wildlife that is enthralling in Canada, but the environments in which it lives too. Beautiful natural parks can be found right across the country, providing excellent opportunities for hiking and other outdoor activities. The country is also home to a number of natural wonders that have made their way onto many a bucket list. These include the incredible Niagara Falls and the awe-inspiring Rocky Mountains.

Canada might not be the first country that comes to mind when you think of skiing holidays, especially from a European point of view, but it is one of the world’s premier destinations for time on the slopes. British Columbia alone has 55 different ski resorts, all with a great covering of snow, offering state of the art facilities, and easy to get to. Plus, as you make your way to the top of the pistes, you can admire those breathtaking landscapes we talked about earlier, particularly in Banff and Whistler. Meanwhile, on the other coast, Quebec has some more great skiing opportunities. Lastly, Canada’s mild climate means that the ski season is a long one.

2017 may have been a big year for Canada, but the jam-packed calendar of amazing events was no one-off. Every year, towns and cities host a range of different festivals and activities that showcase local and international music, regional cuisine and the country’s world-class arts scene. Major annual events include the Calgary Stampede in July, the Toronto Film Festival in September, and Edmonton’s International Fringe Festival – the second-largest performance festival in the world.

So, there you have it. There are so many great reasons to visit Canada and the holidays we have available will enable you to enjoy all of the above and more. Contact our expert team today to plan your trip to the Great White North.

In August, Poppy Brown, from our Ipswich branch, took an exciting trip to Canada with Gecko Adventures. Here are some of the amazing things she got up to.
Discover Three Of Canada’s Biggest Cities

One of the most welcoming countries in the world, Canada will greet you with open arms as you discover these vibrant metropolises and their famous attractions.
4 Modes Of Transport To Get You Across The Canadian Rockies

There are many forms of transport that will help you make the most of your Rockies adventure, but here are just a few. 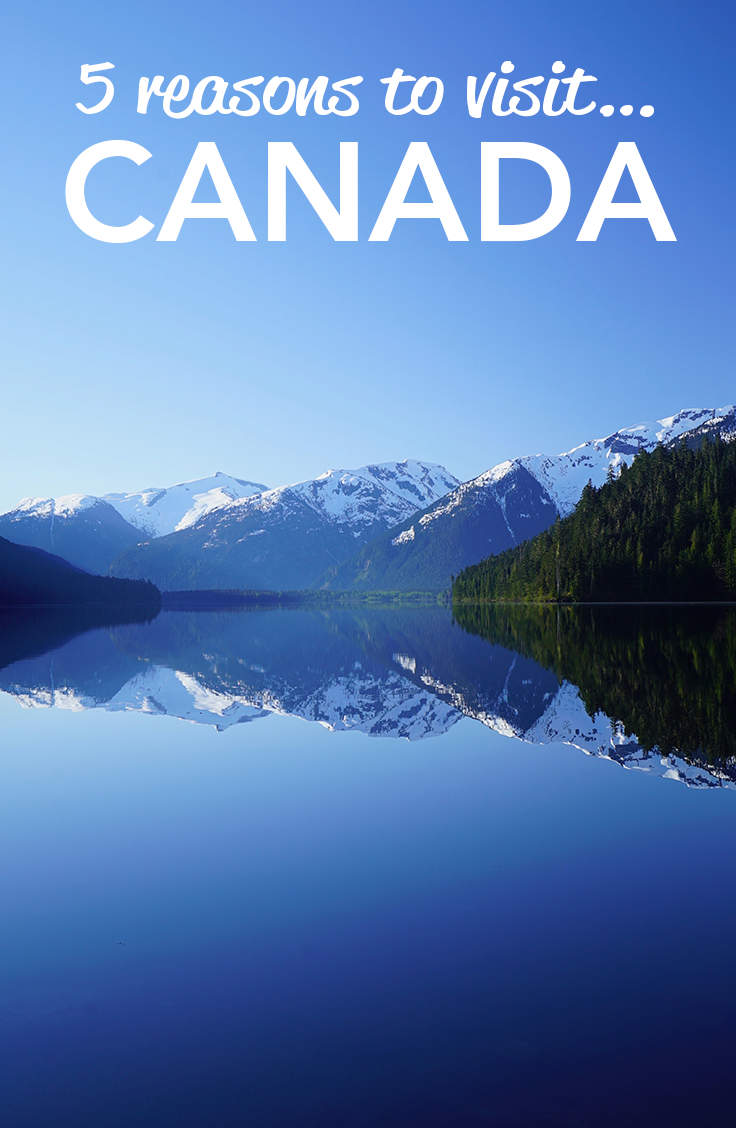