5 Places Where You Can Be In Two Countries At Once

Most people stick to one country when they go on holiday, some may travel to two or three, and cruisers may regularly stop in four or five different countries during their trip. However, not many travellers can claim to have been in two countries at once.

Nevertheless, there are spots around the world where this is definitely possible. Here are five that you may wish to seek out.

The natural phenomenon that is Niagara Falls can be viewed from either America or Canada and there are fantastic activities to do in both countries, giving you a range of different viewpoints of these awesome waterfalls. The American and Bridal Veil Falls are best seen from the USA, but most travellers concur that the Canadian side offers better vantage points for the main event – the beautiful Horseshoe Falls.

Whilst you have to choose between the two countries when deciding where to stay, you can actually be in both at once. The Rainbow Bridge, an excellent spot for photos, links the two countries and provides an easy way to cross from one to the other. Half-way across, you will have one foot in America and the other in Canada.

In the Swiss city of Basel, you have the chance to not just be in two countries at once, but three. On the banks of the Rhine, Basel is known for its excellent museums and features food, architecture and language that is influenced by Switzerland, Germany and France.

The Border Triangle Building, or Dreilaender Eck, is found close to the river, where all three countries meet. Designed by a team consisting of German, Swiss and French architects, the building is a popular events venue, has a bar on the first floor and hosts a manmade beach during the summer. The official border is actually in the middle of the Rhine, but it’s much better and dryer to spend some time in the Border Triangle.

This particular spot allows you to not only cross seamlessly between countries but time zones too. The shopping complex stands on Finland’s border with Sweden and because there is a one-hour difference, you can feel like a time traveller when you step from one to the other – at least an amateur one. Do this on New Year’s Eve, though, and you’ll get to celebrate twice in one night simply by walking a few metres.

Before Slovenia joined the EU in 2008, the cities of Gorizia in Italy and Nova Gorica in Slovenia were separated by hard borders and imposing fences. However, these days, moving between the countries is as easy as hopping over a drain cover in the middle of the street. Just across from the Nova Gorica station, in Transalpine Square, a metal plaque marks the point which straddles both cities and countries. It is a stark contrast to the Gorizia Wall which once stood here.

By Roland Zumbuehl [GFDL or CC BY-SA 3.0], from Wikimedia Commons

If you are not satisfied with merely standing in multiple countries at once, how about sleeping in two places at the same time? The Arbez Hotel is a family-run business that is simultaneously in France and Switzerland. When a peace treaty was signed between the two governments in 1862, a change to the border was proposed. However, before this came into effect, Alphonse Ponthus built a property that consisted of a bar on the French side and a shop on the Swiss side. Then, in 1921, when Jules Joseph Arbez took over, he merged the two into the hotel that still exists today.

All of this means that the business has both a French and Swiss address, the menu offers dishes inspired by both destinations and you can cross from one country to the other simply by walking through the hotel. You can sleep in Switzerland whilst your partner sleeps in France, or you can both drift off with your head in one country and your feet in the other. The hotel even provided refuge to people fleeing German-occupied France during World War II, as it allowed them to cross into neutral Switzerland.

Whether you want to visit two countries at once or simply plan a trip to one destination, the team at TravelQuest are always here to offer advice and help book your trip. Call us on 0800 021 3237 or click here to submit your enquiry online.

The 5 Best Things To Do In Niagara Falls

There is plenty to do in Niagara Falls to help you enjoy fantastic views & a memorable holiday. Here are some of the best activities to add to your to-do list.
A Swift Trip To The Swiss Alps

Mary Poole travelled to Switzerland recently to experience to regions of Lake Lucerne and Lake Geneva. Once she arrived, the only way was up…
10 Romantic Experiences Worth Travelling For

The season of love is just around the corner and this can be the perfect time to whisk your loved one away on a last-minute break that really shows them what they mean to you. 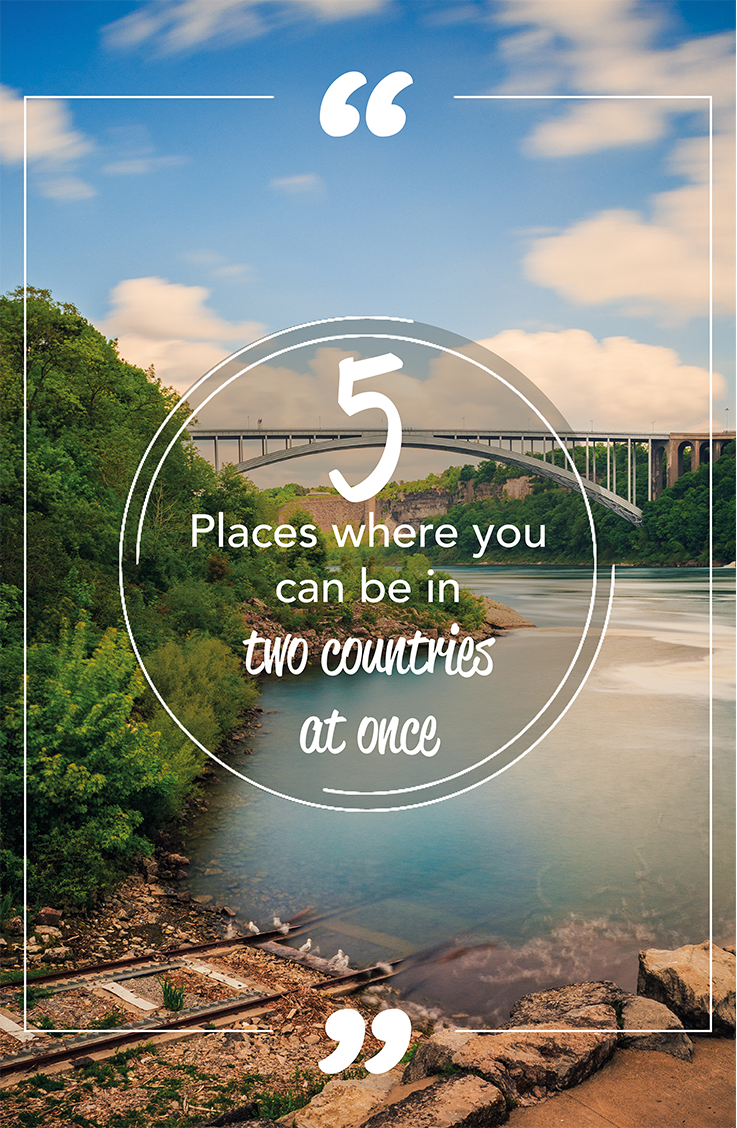