One of the reasons that people travel to exotic destinations is so that they can witness some of the world’s most majestic creatures in their natural habitat. Whether it’s an African safari, a trek through the Amazon Rainforest or an exploration of the Australian outback, wildlife is all around us. Sadly, though, some of these fascinating animals may not be with us for much longer. Threatened by poaching, deforestation and disease, certain species have become critically low in numbers.

Here are five of the rarest animals on the planet and how you can see them before it’s too late.

There are five main species of rhino still alive today, all of which are endangered. These two are both categorised as critically endangered, with fewer than 250 combined individuals remaining. As the names suggest, these magnificent beasts can be found on the Indonesian islands of Java and Sumatra, with the majority of the Javan rhinos concentrated in one area of the Ujung Kulon National Park. We have tours that can take you to both of these islands, allowing you to also search for the Sumatran tiger – another rare beauty.

All of the wild lemurs in the world are endemic to the island of Madagascar. They evolved independently from their primate cousins to suit the unique conditions found in the forests here and there are around 100 different species. The rarest of these is the Greater Bamboo Lemur, listed as critically endangered by the International Union for Conservation of Nature. It is the rate at which their favourite snack (bamboo) is being chopped down that has led to their dwindling numbers. As well as lemur spotting, a tour of Madagascar includes the chance to see the fantastic Baobab trees.

Whilst some species of gorilla have been decimated by the tragic Ebola outbreak (such as the Western lowland gorilla), it is deforestation that threatens the mountain gorillas of Rwanda and Uganda. Many people have a lifelong dream to observe these fascinating animals in the wild, something we can offer on our Rwanda tours. You will also get to see the wonderful conservation efforts in place to try and increase their numbers.

If you were told there were rare wombats living in Epping Forest, you would likely dismiss this fact as false. However, that’s because you’re probably considering the wrong Epping Forest. There are thought to be around 115 of these cute critters living in Epping Forest National Park in the Australian state of Queensland. Everything from wildfires to disease has threatened this species, whilst fences have been put up to help protect them from being preyed upon by the local dingoes. Our Queensland tours can take you to many parts of the state to see wildlife, tropical gardens and cosmopolitan cities.

The Amazon is teeming with exotic plants and animals, many of which are endemic to this part of the world. On any exploration through the rainforest, it will be a memorable occasion if you happen to spot a jaguar on the prowl. The largest cat to be found in the Americas used to roam throughout the whole of Central and South America but numbers have dwindled in countries like Brazil and Peru in recent years. Due to poaching of their prey, deforestation and the fact that they are persecuted as pests, they are more commonly found in the dense jungles of Belize and Columbia.

It’s sad to see the survival of so many species being threatened, but there are many excellent initiatives out there trying to improve this. You can see these beautiful animals and the great work being done to protect them on many of our adventure tours. Contact us today for more details.

5 Tours That Take You In Search Of Specific Animals

Whilst always trying to give back to the region and protect the wildlife in any way they can, these adventures offer a unique opportunity to come face to face with some of our planet’s most magnificent creatures.
Encounters with the Gorillas of Rwanda

The silverback mountain gorillas are a critically endangered species. One place you can view them up close is in the Parc National des Volcans of Rwanda.
Witness the Unique Wildlife of the Galapagos Islands

In 1835, the Galapagos Islands provided Charles Darwin with the inspiration for his Theory of Natural Selection and, in 1959, they were declared a national park. 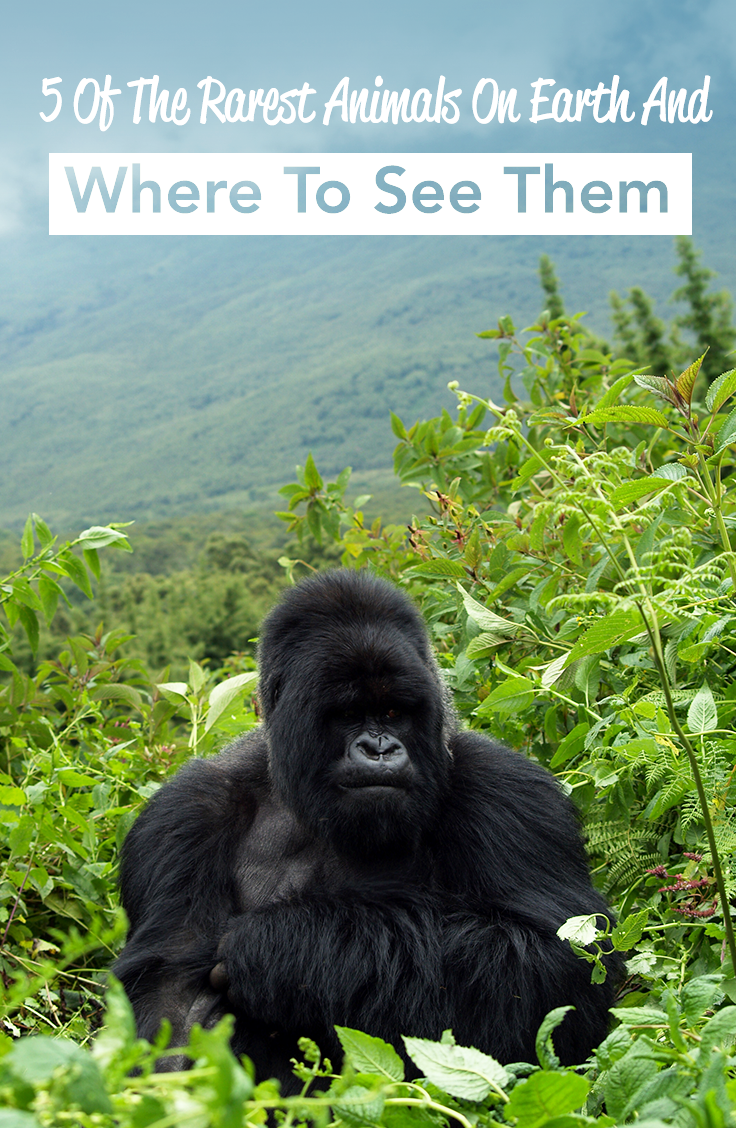