Chrome
Home
/
Blog
/
5 Highlights Of Our ‘Best Of China’ Tour

5 Highlights Of Our ‘Best Of China’ Tour

With a culture that is vastly different from ours, experiences that you cannot find anywhere else in the world and a population that continues to boom, a trip to China can be an attack on the senses. However, the fourth largest country in the world is one of the most fascinating places that you will ever visit and should be on every adventurer's bucket list.

With so much to see and many different places to explore, it can be difficult to know where to start or what you should try and fit into one trip. Our ‘Best of China’ tour is the perfect solution to this conundrum, offering some of the most popular and breathtaking sights in this beautiful country over a period of 14 days. Here are just a few highlights from this fantastic tour of China.

If there is one attraction, one structure, that symbolises China more than any other, it has to be the Great Wall. Although talk of it being visible from space is just a widely spread myth, there is no doubting the size, beauty and impact of this ancient defence mechanism. You will enter the wall at one of its quieter spots, in Huairou District, so that you don’t have to fight with the vast tourist numbers that can be found at other spots. You will get the chance to walk along sections, admire the views, learn about the wall’s history and try to contemplate what it must have taken to build such a long-lasting structure.

Part of the tour is taken in a river boat as you sail along the Yangtze. One of the many sights along the river is the Three Gorges Dam, a breathtaking feat of human engineering. Built to prevent flooding, it is the largest power station in the world and currently holds the world record for the most electricity produced in a year. Whilst the surrounding gorges allow you to soak up spectacular views, the dam itself definitely steals the show.

As chance discoveries go, there a few more important and impressive than Xi’an’s Terracotta Army. The various figures, representing different roles such as warriors, chariot drivers and generals, are housed in a giant warehouse and the extent of the army can only really be understood by being there in person. The characters were created to protect Qin Shi Huang, the first Emperor of China, on his journey into the afterlife. Whilst the general public look on from a high platform, you will be granted access to a lower observation area as part of our tour, allowing you to see some of the intricate detail in the men’s faces.

During your time in Shanghai, you will be given some free time to discover the city at your own pace. Whilst the iconic Bund area is an excellent place to explore, a visit to the Yu Garden should also be high up on your list of things to do. This enclosed garden is home to numerous towers, pavilions, temples and well-manicured grassy areas that were built by a government officer during the Ming Dynasty as a quiet and ponderous place for his parents to enjoy the twilight years of their lives. With ‘yu’ meaning pleasing in English, the garden certainly lives up to its name.

There are many ancient water towns surrounding Shanghai but this is definitely one of the most beautiful examples. Many compare it to Venice or Amsterdam, but for sheer tranquillity alone it trumps both of these European hotspots. Jinxi is built on a series of waterways that link five main lakes. It gives you the feeling of stepping back in time and shows you what life was like in the area before the commercialisation of the big cities. Jinxi Town is far less crowded than other water towns in the area, giving you more of a chance to explore freely.

If you want to see as much as possible on your China tour, our ‘Best of China’ itinerary is the perfect choice. With all the above and more on offer, it’s a great way to see the popular sights in a relatively short period of time.

This colossal country is at the forefront of the world’s economy, has significant advancements in technology and its architectural feats are on another level (literally), but what is it about China that makes so many travellers want to spend...
European Cities Recreated In China

'Duplitecture' is a term coined to describe the Western-inspired towns and neighbourhoods that started springing up in China during the 90s. Many of them are replicas of towns you will know and love.
10 Guinness World Records Held By China 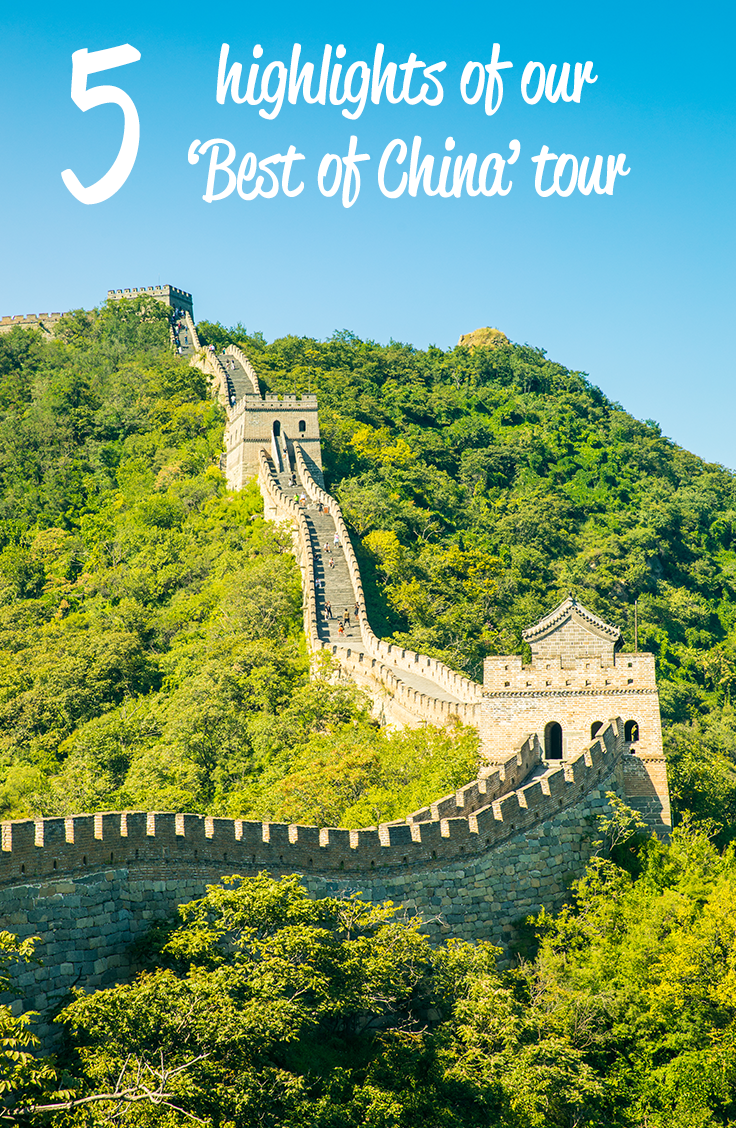