5 Alternative Things To Do In New York’s Five Boroughs

New York is possibly the most iconic city in the world. It features on so many lists of must-see places in the world and has so many unmistakable attractions that everyone knows about. However, if you want to escape the crowds, find something slightly more unusual to do, or simply see what the real New York City is like, there are plenty of alternatives to the Statue of Liberty, Empire State Building and Times Square.

That's not to say that you shouldn't visit these amazing places if you get the chance. But if you find yourself with time on your hands or you want to go somewhere a little bit different, here are five things to try in each of the Big Apple's five boroughs.

If you are still in the mood for nature once you've navigated the impressive Bronx Zoo, why not head to the New York Botanical Garden, which is just next door. This is the perfect setting for a relaxed and romantic walk amongst thousands of different blooms and picturesque landscapes. It's so big that the fifty-acre forest, which features some of the oldest trees in the city, is merely a small part of this impressive patch of greenery.

The Haupt Conservatory, found in the north-west corner of the park, regularly puts on temporary shows which celebrate elements of nature. Amongst these are the Orchid Show and the Holiday Train Show, during which model trains are let loose around famous landmarks that have been recreated with flora. After your walk in the park, take the short trip to Arthur Avenue. This is what the locals refer to as the real Little Italy and is a great spot for food, shopping and getting a real taste for what the Bronx is all about.

The Brooklyn Bridge is probably the most famous attraction in this part of town, so why not walk over it on your way to a slightly more authentic spot; Brighton Beach. This area is known for its Russian influences and so you'll be able to sample a taste of the country in the form of anything from street food to fine-dining restaurants. This part of Brooklyn is also known as Little Odessa; a tribute to the Ukrainian city where many of its inhabitants have migrated from.

As you make your way around the borough, no doubt wandering through the infamous Brooklyn Heights, you may notice a few of its more exotic residents. The story goes that a shipment of parrots was accidently released in the late 1960s and the escaped birds set up residence here. The tale may well be fabricated, but the parrots are most definitely real.

Although just one subway stop from Manhattan, Long Island City will allow you experience something that is one of the main characteristics of Queens; art. There are plenty of museums here to whet your appetite, including MoMA PS1, a branch of the larger Museum of Modern Art which focuses on young talent in many diverse areas. This neighbourhood is also home to a museum dedicated to Japanese artist Isamu Noguchi and the Museum of Moving Images, which depicts cinema through the ages.

If you want to travel further into Queens, the New York Hall of Science is a great place to spend an afternoon. It's found within Flushing Meadows Park and hosts a number of exhibits that will turn every fully-grown adult into a child. This interactive museum marks its 50th anniversary in 2015 and includes must-see areas such as the mind-boggling Rocket Park Mini Golf and the Sports Challenge hall. The latter lays down the gauntlet on a number of sporting techniques such as pitching, jumping and reaction time.

When you've finished playing the mad scientist, take a walk around Flushing to experience some oriental delights that rival those found in Chinatown.

Manhattan has the largest concentration of New York's infamous sights and so it is hard to find something that is a little different. However, a visit to the Cathedral Church of St. John the Divine is definitely an interesting option. It's located at the north end of Central Park and has gone through many changes over the years.

The original plans were changed during construction as it was decided that the church would be built in Gothic style. It received heavy damage from a fire in 2001 and, although it is still unfinished, it carries many striking features. Foremost of these is the largest rose window in the United States.

Perhaps Staten Island's most famous attraction is the ferry which takes you there, across the Hudson River and past the Statue of Liberty. Once you arrive in the borough, though, you will realise that there is much more to do than a return ferry trip. You can choose to take a trip to Historic Richmond Town, where costumed characters will take you back in time to experience the craftsmanship that would have been found in the area in the past. Alternatively, you can admire the botanical gardens and 23 historical buildings that are found at the Snug Harbor Cultural Center.

However, the best-kept secret about Staten Island has to be what the locals call the Greenbelt. Comprising of nearly 3,000 acres, it is not one place but rather a collection of areas that are spread across the central part of the borough. It's amazing to think that there are so many green areas this close to the centre of New York City, but the Greenbelt can offer wild wetlands, preened parks and excellent hiking opportunities. This area is perfect if you really want to get away from the hustle and bustle of the city centre for a few hours and enjoy the great outdoors.

TravelQuest can provide a variety of ways to discover the Big Apple. From city breaks of any length to iconic transatlantic cruises with a few nights in a hotel added on, we can take you across the pond in style.

4 Places To Escape The Crowds In New York City

You should absolutely see places like the Statue of Liberty & Time Square in New York, but if you want to escape the throngs after, these areas are perfect.
The USA’s West Coast Wonders

West coast USA is a mixture of wild national parks, beautiful beaches and laid-back cities. But what are the must-sees for any trip in this part of America?
4 Different US Holiday Experiences

America may be going through a tough period politically at the moment, but there are still plenty of great things about the USA. The country was visited by nearly 80 million international travellers in 2015 and remains one of the most popul&hellip; 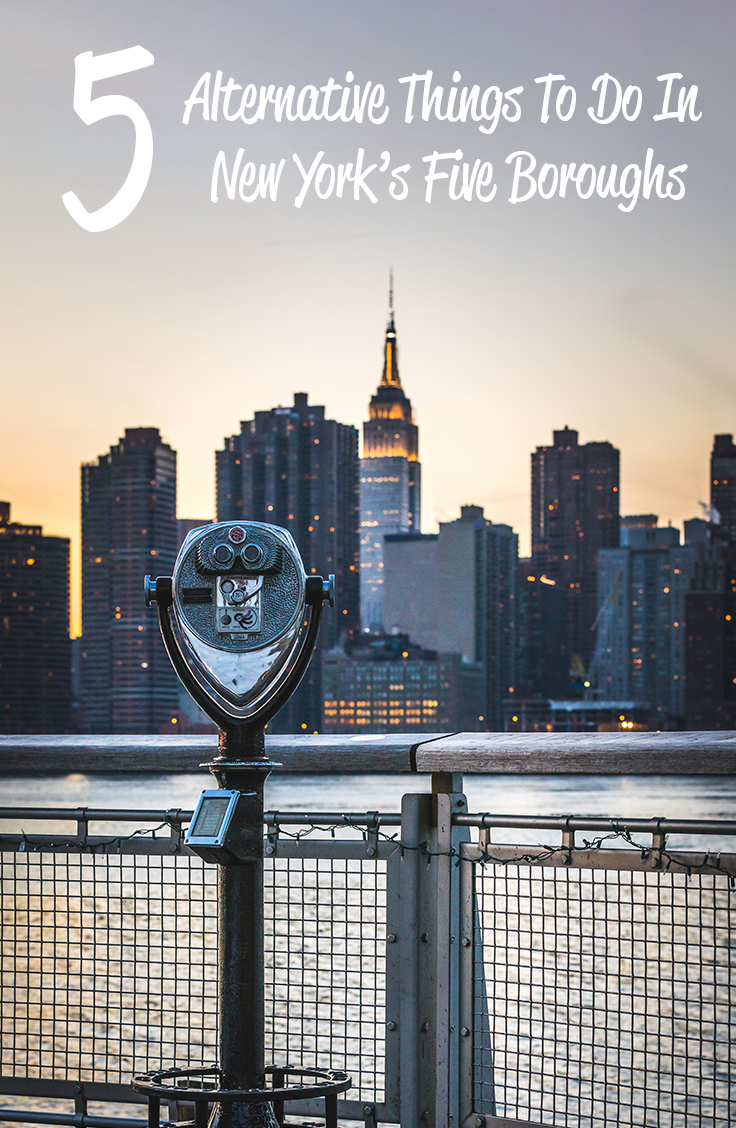