4 Wonderful Wildlife Experiences On Our Gorillas and Masai Mara Tour

One of our featured Journeys of Discovery can take you on a once-in-a-lifetime trip to Rwanda, Kenya and Uganda. The Gorillas and Masai Mara tour comprises of 17 nights of wilderness explorations, wild adventures and, of course, wildlife encounters. It has all the ingredients to be a holiday that you will never forget and will offer up the chance to do a number of things that most people will never get to do. Bucket list experiences, if you will.

As you might imagine, the wildlife in these three beautiful countries will be at the forefront of your adventure. Let’s take a closer look at some of the activities you’ll get the chance to take part in.

Camp In The Masai Mara

The Masai Mara is one of Africa’s most famous game reserves and every year tourists visit its 583 square miles in the hope of catching a glimpse of its notorious wildlife. The reserve is synonymous with sightings of lions, leopards and cheetahs, but there are so many other animals that are likely to make an appearance during your visit.

As part of the tour, you will spend two nights camping just outside of the gates to the Masai Mara, listening as the strange calls of the four-legged inhabitants break the night’s eerie silence. You will also embark on a four-wheeled drive safari, during which you will go in search of the Big Five and have lunch looking out over the plains.

Go In Search Of The Black Rhino

The Black Rhino is one of the most endangered species on the planet and has already been declared extinct in the wilds of West Africa. However, during this trip you will hopefully get the chance to spot these majestic creatures as they wander these amazing habitats. Whilst it’s possible that a black rhino will make an appearance during your time in the Masai Mara, you’re far more likely to witness these impressive beasts when you visit Lake Nakuru National Park.

Lake Nakuru is one of Kenya’s smaller national parks and is well known for its large population of flamingos. Other animals you may see include giraffes, pythons and a variety of bird species such as eagles and kingfishers. You will spend a night within the limits of the park as you camp under the cover of darkness in this breathtaking wilderness.

A jeep safari is great for spotting some of the larger, more dangerous members of the animal kingdom, but a walking safari will help you get up close and personal with some of the other wildlife. Uganda’s Lake Mburo National Park is one of the country’s smallest reserves and is, therefore, excellent at offering intimate animal encounters. With a bit of luck, you might get to see leopards, hyenas, zebras and possibly the rare Roan antelope.

Your walking safari will be led by a knowledgeable ranger who will not only ensure that everything is safe but also teach you about the droppings and tracks that you might come across. Your journey to Lake Mburo will provide another once-in-a-lifetime experience as you will get to stand on the equator and be in both the northern hemisphere and southern hemisphere at the same time.

Meet The Mountain Gorillas Of Rwanda

The highlight of this tour for many people will be the opportunity to venture into the Rwandan mountains and sit in the presence of a gorilla family. In order to reach these beautiful creatures, you will have to trek through the undergrowth for around three hours, but the experience at the end will more than make up for it.

Although these mountain gorillas are familiar with humans, the time we spend with them will be limited to just an hour in order to ensure they don’t become over familiar with our presence. You can watch on in awe as they go about their daily routine in their natural habitat as if you weren’t even there. This is definitely one of those days that will stick with you forever. 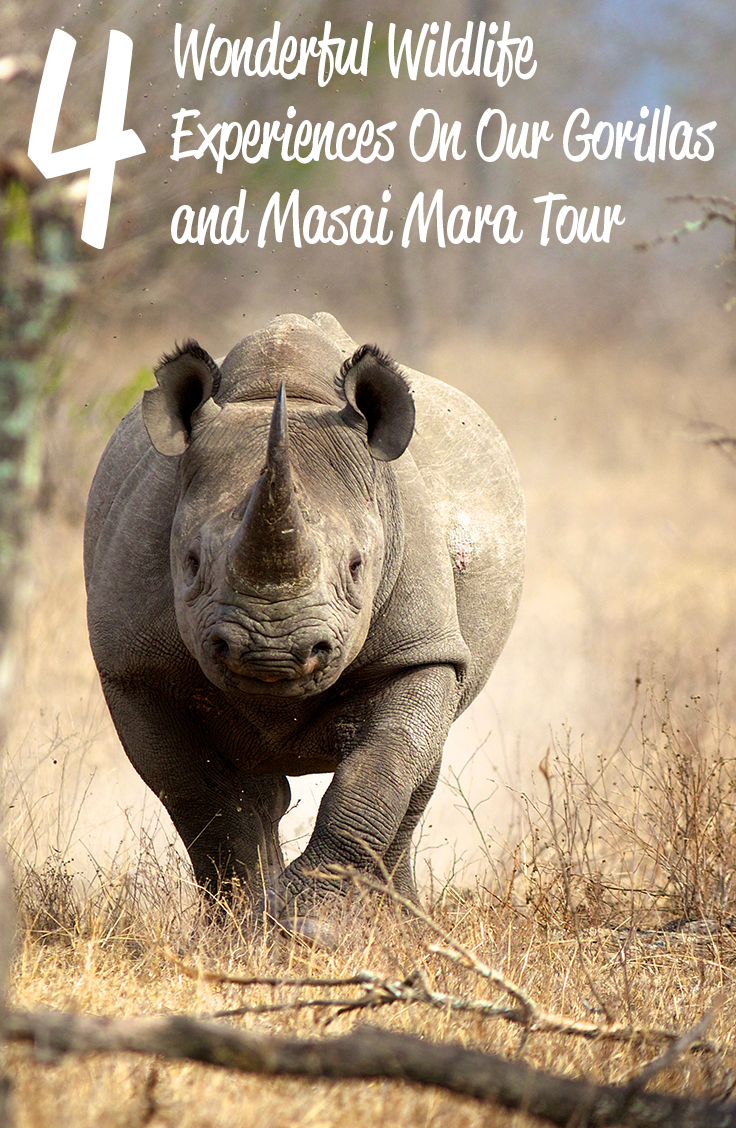 Encounters with the Gorillas of Rwanda

The silverback mountain gorillas are a critically endangered species. One place you can view them up close is in the Parc National des Volcans of Rwanda.
Read more...

This is one of the best places to enjoy a game drive in the whole of Africa and our Botswana safaris are a great choice for anyone hoping to see the ‘big five’ animals.
Read more...

Experience the Scenery and Wildlife of Namibia

Namibia is home to some of Africa’s most impressive landmarks and provides a home for a range of wildlife – all of which can be seen on a TravelQuest tour.
Read more...
Bonded by the Association of British Travel Agents (ABTA) and by the Civil Aviation Authority's Air Travel Organisers Licensing (ATOL) scheme, you can look forward to your next adventure with the peace of mind that your money is financially protected in the event of unforeseen circumstances.