Often overshadowed by the other countries around it and given a bad name by the neighbours to the north, South Korea is not your typical holiday destination. However, as a country that includes around 3,000 islands, as well as the mainland, there is so much on offer for adventurous travellers. Whether you visit major cities like Seoul and Busan or head off the beaten track, here are some great reasons to explore South Korea in 2017.

Food markets are a big part of South Korean culture and you will find examples in practically every city in the country. Many of them sell clothes and other goods by day but when darkness falls they are lit by a warm glow and alive with people looking to fill their stomachs. One of the largest, Gwangjang Market, can be found in Seoul and is a great place to try some of the local cuisine. The delicacies available range from live seafood to rice rolls and pancakes filled with mung beans. It’s also a good chance to try Makgeolli, a traditional liquor made from rice.

Although more than half the current population claim to have no religious affiliations, religion is still a big part of the history and culture of this nation. Around 15% practice Buddhism and its importance is showcased by a number of beautiful temples dotted around the country. From Seoul’s Jogyesa Temple to Haeinsa Temple in the south, they date back as far as the 7th century. The latter is home to over 80,000 wooden blocks containing early Buddhist scriptures. As well as the buildings themselves being beautiful, they also hold some amazing artefacts. Many of these are designated as National Treasures by the Korean government and given a specific number by which they are known.

One of the best places to witness South Korea’s awe-inspiring nature is on the island of Jeju, just south of the mainland. One of the major highlights here is the Spirited Garden, a haven that was created out of a field of rocks by just one farmer and that’s now home to hundreds of planted trees, fountains and paths. Jeju is also where you will find Cheonjeyeon Falls. This natural wonder has a name which means ‘Pond of God’ and features several waterfalls that eventually flow into the sea. The mainland also highlights South Korea’s natural beauty perfectly. The Seorak Mountains in the north offer fantastic views that can be enjoyed from a cable car.

When looking at the recent history of South Korea, it’s impossible to overlook the division that took place after the Second World War. During a visit, you can learn about how and why Korea was split in two and even set foot in the Demilitarised Zone which lies between the two nations. The Busan Museum is also a great place to learn about the divide, as it features exhibits relating to the Korean War. However, there are many other places where you can learn about Korea’s history prior to this. A great example is Andong Hahoe Folk Village, a UNESCO World Heritage Site where ancient traditions established by Confucius are still carried out.

If any of these reasons have inspired you to visit, we have a great selection of South Korea tours that will show you the highlights of this beautiful country. Contact our team today for more details.

The UNESCO World Heritage site of Angkor Wat is home to many must-visit temples and landmarks of considerable significance. The temples here represent a bygone era of the Khmer empire, which once ruled over most of Southeast Asia.
5 Reasons To Visit…China

This colossal country is at the forefront of the world’s economy, has significant advancements in technology and its architectural feats are on another level (literally), but what is it about China that makes so many travellers want to spend...
Seoul’s Culinary Paradise

Seoul is home to many fabulous food markets, but one of the most impressive has to be the Gwangjang market – where you will be able to try some of the finest dishes South Korea has to offer. 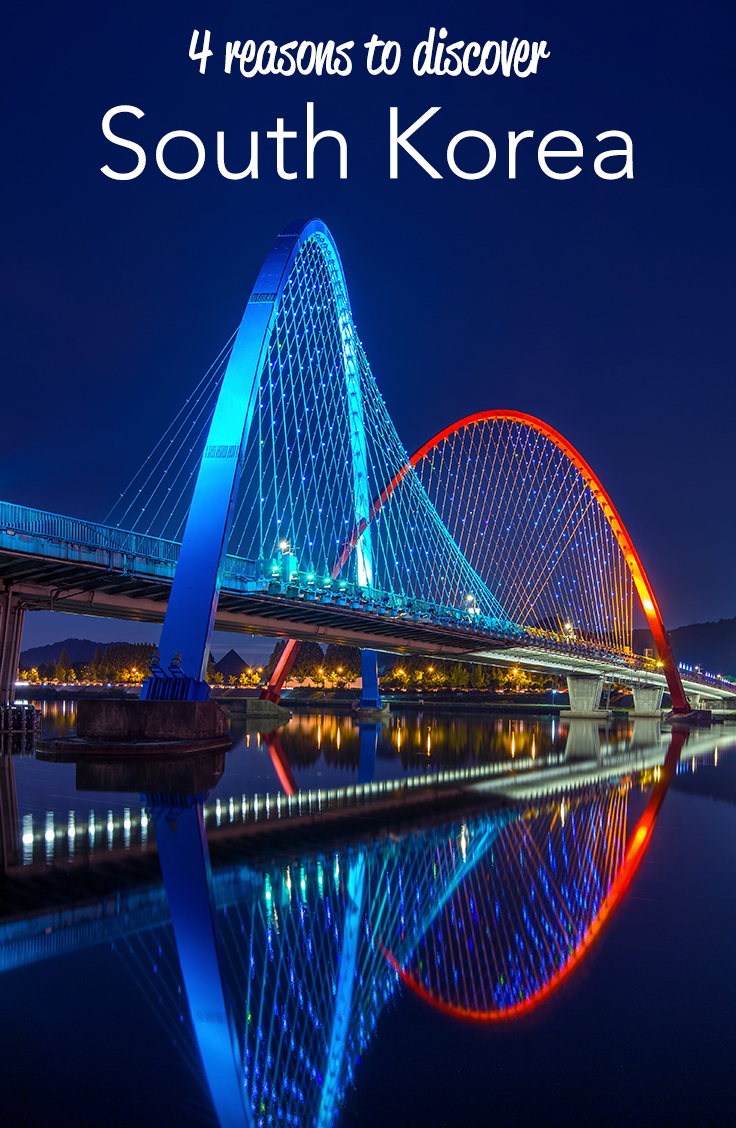