10 World Cities That Have Given Us Delicious Foods

Some regional foods leave us in no doubt where they come from, proudly displaying the name of their city for all to see. But what is the story behind some of these dishes that we all know and love? Is everything as it seems or have these menu items been fooling us all along? Whilst you won’t find any Viennese whirls in Austria and Tunis cakes don’t grace the shelves in Tunisia, the food on our list have stronger links to the cities they share their name with. Or do they?

This garlic butter-filled delight was first created in the 1800s but there are conflicting stories about whose idea it was. The one most widely believed is that it is a French recipe learned by Russian chefs who were sent to train in France due to the aristocracy’s keen interest in French cooking.

As for the name, some say it was just a marketing ploy to make it sound more appealing on American restaurant menus, whilst others claim chefs in Kiev tweaked the recipe and claimed it as their own. In the Ukrainian capital, it is always served on the bone and it was so popular in 1970s Britain that it became Marks and Spencer’s first chilled ready meal.

The story goes that the popularity of ‘bistecca alla Fiorentina’ or Florentine steak started in the 1300s when British men spotted juicy bits of meat being grilled in a Florence town square and enquired about the ‘beef steaks’. There are strict rules surrounding this much-loved dish. For example, the breed of cattle must be either Chianina or Maremma, young cows of no more than 18 months old should be used and the thick steaks must only be flipped once during cooking.

Tuscany has many great local dishes, but this is one that all meat-eating visitors should try.

Named after the city in which it was popularised (now known as Beijing), a traditional Peking duck mainly features the crispy skin of the bird and very little meat. The practice of roasting ducks started during China’s Yuan Dynasty but what we now know as Peking duck wasn’t established until the Ming Dynasty years later. The dish was enjoyed so much that it was eulogised in poetry of the time.

Originally a dish reserved for the imperial courts, it spread across China from 1864 when a restaurant by the name of Quanjude created ovens that would hang the ducks from a spit. Later, in the 20th century, tourists and foreign dignitaries such as Henry Kissinger would spread the word to the rest of the world.

Another dish named after a previous incarnation of a modern city, Bombay potatoes are a popular side dish to a Great British curry. Some people will tell you that this isn’t an authentic Indian dish, but others who grew up in India will tell you the opposite and how it was often served to them growing up.

Named for the city we now know as Mumbai, the origin of the name is confused. The British (who gave India the generalised term ‘curry’), the Portuguese (who first brought potatoes to Goa) and, of course, the Indians themselves probably all had a part to play in creating this spicy dish.

Whilst the cakes (or are they biscuits?) aren’t anything to do with the city in Israel, they are named after oranges produced in the city. Jaffa was the first city in the Middle East to export oranges because the variety grown there were practically seedless and had thick skins.

A local staple in Vienna and national dish of Austria, a Weiner schnitzel is made using veal (otherwise it’s not authentic), which is then dipped in bread crumbs and fried until it is golden brown in colour. In the early days of its existence, gold dust was often added to give it even more of a shine. Wrongly thought to have been brought over from Italy, the dish was first mentioned in a German cookbook from 1831. Nevertheless, it is now eaten all over Austria and has inspired many similar dishes elsewhere.

Dijon is a city in the Burgundy region of France and was once the mustard capital of the world. The Romans started growing mustard seeds in the area during their rule, but the particular variety known as Dijon wasn’t produced until 1856. It was at this time that Jean Naigeon decided to replace the vinegar used in manufacture with the juice from unripe grapes (known as verjuice), creating a less acidic mustard with a smoother taste.

For most of its existence, the term Dijon mustard could only be attributed to mustard made within the city (similar to Champagne), but it is now a generic term that can be used by anyone following the rough recipe.

OK, we know Alaska isn’t a city, but we couldn’t leave this one out. In the world of cruising, the baked Alaska is often seen as a celebratory dish, paraded out in front of diners during gala dinners and special occasions. And that’s exactly what it was created for. In 1867, French chef Charles Ranhofer produced the dessert to commemorate America’s purchase of Alaska from the Russians.

Originally called Alaska-Florida cake, some people claim that the dish existed many years previous under different names. Amongst the names used to describe cake topped with ice cream and surrounded by meringue, omelette surprise seems to be one of the strangest.

Widely believed to be named after Arthur Wellesley, 1st Duke of Wellington, this popular British dish consists of beef fillet smothered in pâté and then cooked inside a pastry crust. The relation to the duke is not confirmed though and there are no mentions of the dish throughout the 19th century. Its inclusion on this list is due to claims that it was instead invented for a civic reception in the city of the same name in New Zealand.

Camembert is a city in the Normandy region of France and the home of Marie Harel, a farmer credited with producing the first cheese of this kind. Its resemblance to Brie is often attributed to the fact that Harel was given production tips by a priest from Brie and its taste and colour are the result of using a cooperative method that took milk from different farms across the region.

First protected by the Genuine Camembert of Normandy Makers Syndicate in 1909, the production methods are now governed by an Appellation d'Origine Controlée to protect the quality and flavour.  French engineer Ridel first came up with the idea of transporting the cheese in small wooden crates when steam trains and steamboats took off at the turn of the 19th century. This practice is often still used today.

If you like to sample authentic, local foods when you travel, we can help you plan the perfect holiday on which to do so. From short breaks to extended family holidays, we can offer the advice you need to find the perfect deal. Visit your local TravelQuest or call us on 0800 021 3237 for more details.

7 Delicious Destinations For Food In Toronto

With it opening its arms to people from all over the world, it’s no surprise that there is a wide range of food experiences to enjoy in Toronto.
5 Ways To Discover Local Food On Holiday

Whether you like fine dining, street eats or something in between, here are some great ways to discover amazing food experiences whilst abroad.
Celebrate Autumnal Delights At These Food Festivals

Whilst some people will be jetting off to admire the beautiful colours in Canada or New England, you may choose a different type of holiday this autumn. Consider some of these delicious food festivals. 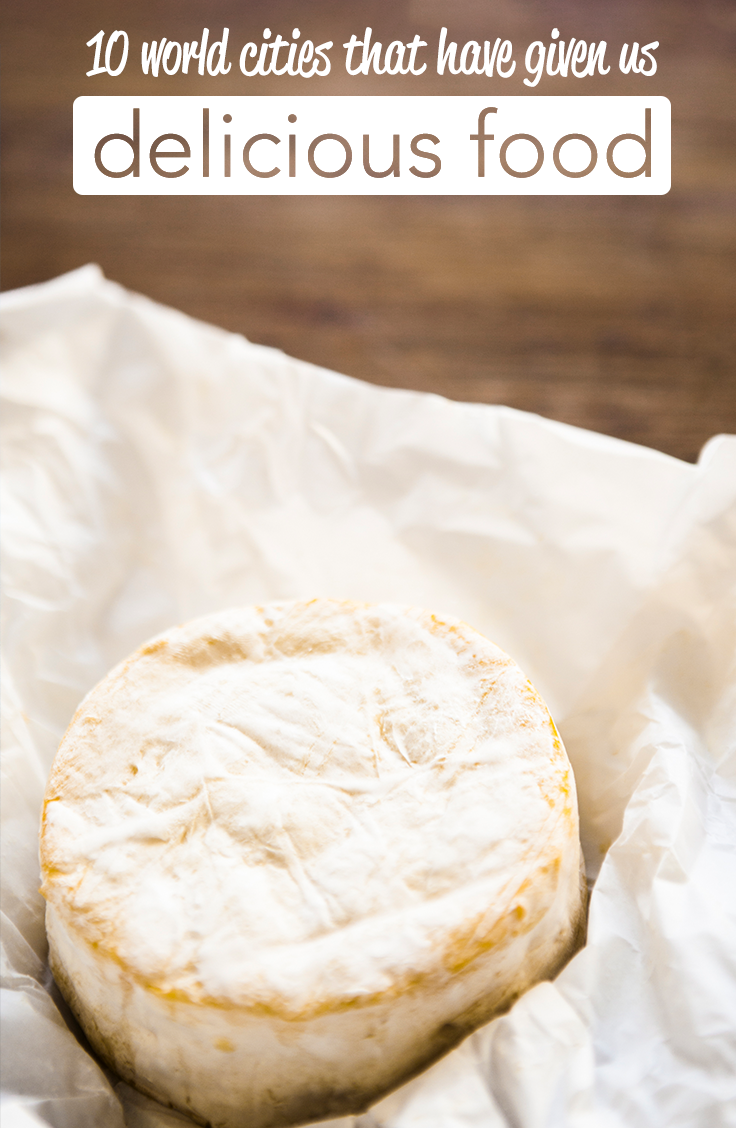