10 Things You Never Knew About The Amazon Rainforest

When you think of the Amazon, two things usually come to mind - River and Rainforest. However, there is a lot more to be discovered in one of the most isolated places on earth, from fascinating creatures to the varied communities that call the Amazon home. So, how much do you really know about the world’s largest tropical rainforest? Here are ten top facts to get you in the know.

Rainforests may only cover a very small percent of the Earth’s surface (6% to be exact) but did you know that the Amazon Rainforest is home to more than half the world’s total plant and animal species? Not just this, but it is also home to over 205 million species of insect, 40,000 varieties of plants, 1,500 bird species and 2,000 species of fish. With this much wildlife in such a condensed area, the Amazon is the perfect place for avid wildlife watchers.

If you’ve ever wondered were the food on your plate came from, we have the answer. Around 80% of the food we eat originates in the rainforests. Some of the most popular examples of this include chocolate, coffee, rice, potatoes, bananas, black pepper, pineapples and tomatoes. So next time you’re questioning having that third cup of coffee, don’t. You’re saving the rainforest.

Lungs of the Planet

The environmental impact of the Amazon rainforest, on both the natural and human population, is enormous. It produces more than 20% of all the Earth’s oxygen, earning it the nickname ‘Lungs of the Planet’. The flora and fauna of the rainforest also absorb an enormous amount of heat from the sun, having an overall cooling effect on the global climate.

Not just content with being home to an overwhelming number of plant and animal species, the Amazon is also the homeland of an estimated 250,000 natives, comprising 215 ethnic groups and 170 different languages. Even more astounding is that there are around 50 tribes living in the Amazon depths that have never had contact with the outside world.

Though there are many amazing things to be seen in the rainforest, it is not always that easy, with less than 1% sunlight making its way through the canopy above to reach the forest floor. The canopy is so dense that, down on the ground of the rainforest, it is almost completely dark. In fact, if it started to rain, it would take you ten minutes before you even got wet.

Sounds of the Rainforest

The loudest resident of the Amazon is the howler monkey. Not the shy and retiring type, this primate can be heard from a distance of four miles away.

Holding a whopping 16% of the entire world’s river water and with over 1,100 tributaries, the Amazon River is by far the largest river in the world by volume, and the second longest. The river empties an incredible 28 billion gallons of water into the Atlantic every minute, is home to over 3,000 species of fish, and is considered to be the lifeblood of the Amazon Rainforest.

It isn’t just the river that’s enormous, the rainforest itself covers an incredible 2.72 million square miles and spans nine countries including Brazil, Peru, Colombia, Venezuela, Ecuador, Bolivia, Guyana, Suriname and French Guiana. To give you an idea of just how big the Amazon rainforest is, if it were a country it would be the ninth largest in the world, falling just below Argentina and Australia.

Being home to so many of the world’s species, it is not surprising that the Amazon rainforest is host to some very deadly creatures. Among the carnivores dangerous to humans are Cougars, Anacondas and the beautiful Jaguar. However, death by dangerous animal in the Rainforest is pretty rare, so don’t let it put you off one of these once-in-a-lifetime Amazon tours. Travel to the heart of the world's most beautiful waterways on a river cruise.

Around 25% of all the medicines we use today are derived from ingredients found in the rainforest. However, estimates show that only 1% of the plants found in the rainforest have been examined for medical properties. If the other 99% were tested this could potentially have a life-changing effect on the way we cure diseases and could even impact some illnesses which we are yet to find a cure for. But, with so many of these species becoming extinct everyday due to deforestation, our chances of finding the answer to these medical problems could disappear forever.

If you would like to discover some of the fascinating facts of the Amazon Rainforest for yourself, we have some great tours to choose from. Contact our team for more information or get in touch using our online form.

The Amazing Flora of the Amazon Rainforest

The Amazon Rainforest is teeming with flora and fauna. Thousands of different species are locked in an intricate ecosystem which allows both sides to thrive within these often harsh and mysterious landscapes.
Lima: South America’s Unexpected Culinary Capital?

The Mayans, Incas and Aztecs are known around the world as three of the greatest ancient civilisations. Here's how you can visit some of their famous sites. 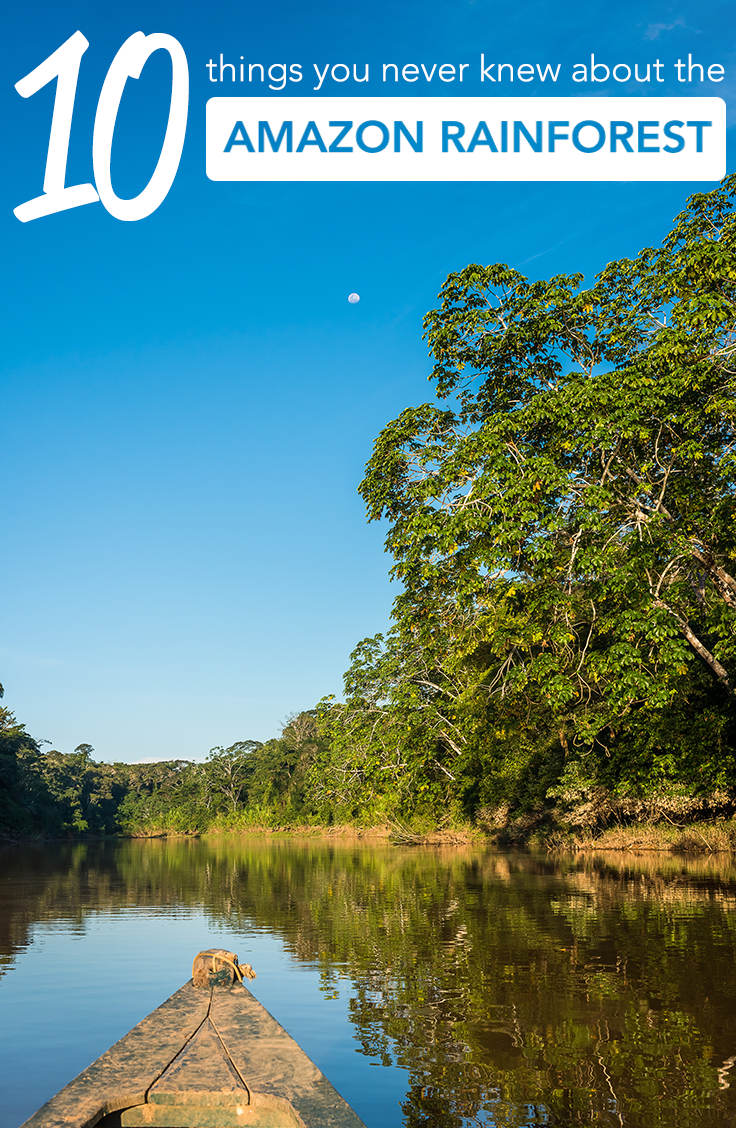