10 Oversized Attractions You Have To See To Believe

One of the best things about travelling is getting to see new things. Whether you are interested in culture, history, art, nature or extreme sports, there are always fun and exciting activities to do when you go on holiday. However, the world is also full of weird and wonderful attractions that can often leave us asking ‘why?’ Some can confuse, others can inspire, but all have to be seen to be believed.

The skyline of Bathurst, on South Africa’s Eastern Cape, is dominated by a 17-metre high fibre glass pineapple. Situated on a farm that grows the exotic fruit, the giant structure serves more of a purpose than you might first think. Not only is there a museum dedicated to the story of how pineapples came to be grown here, there is also an observation deck at the top and a chance to try pineapple-flavoured products at the bottom. This eccentric South African town is also home to the country’s oldest pub.

The Black Forest is famous for its clocks, in particular, those that harbour a persistent cuckoo that makes an appearance every hour. The town of Triberg, close to Freiburg, is home to Eble Uhren-Park – a theme park dedicated to timepieces. Amongst them, you will find the world’s largest cuckoo clock, which is big enough to walk through and contains a cuckoo weighing 150kg.

When it comes to oversized roadside attractions, the United States can boast more than its fair share. Towns, restaurants and even service stations erect these quirky structures to try and entice some passing custom and some are stranger than others. One such example is the massive chest of drawers found in High Point, North Carolina, which declares the town as the ‘Home Furnishings Capital of the Worlds’.

When you jet off on a relaxing holiday, one of the first things you often look forward to doing is taking a dip in the hotel pool. However, this dream is sometimes thwarted by overcrowding and a lack of available sun loungers. At the San Alfonso del Mar resort in Chile, though, this has never been a problem. As the setting of the world’s largest outdoor pool, the hotel complex can offer over half a mile of swimming in a lagoon holding 66 million gallons of water.

Fans of the Sunday puzzle section in the newspaper may be intrigued to hear that Lviv is the home of the largest crossword puzzle in the world. Along a quiet residential street, you will find a block of flats with the familiar black and white squares printed on its side. During the day, everything seems to be blank but, at night, the answers are revealed. If you happen to understand the Ukrainian language, the clues can be solved at various points around the city.

Another great thing about going on holiday is the chance to indulge in a sweet treat or two and not feel guilty. Ice cream is one of the first things on the list in this case and this oversized parlour is located right here in the UK. After struggling as a dairy farm, the Fell family turned their land into an ice cream inspired theme park. In 2015, it was recognised by Guinness as the world’s largest purpose-built parlour and now serves 50 flavours to a growing number of visitors.

If you like exploring on your travels, what can be better than the world’s largest cave? Found on the Laos/Vietnam border, the underground system is so large that it has a river and a jungle inside it and its own climate. The largest sections are 200 metres high and the cave stretches for nearly three miles. Permits need to be purchased in order to see all this first-hand and they aren’t exactly cheap.

In 2008, the maze at Oahu’s Dole Pineapple Plantation was officially classified as the world’s largest. The tricky trek to the centre will take you along two and a half miles of path lines by hedges created using endemic plants from Hawaii. Eight stations hidden amongst the foliage will help to keep you on the right track and there is a chance to have your name inscribed for all to see should you complete it in the quickest time.

The London Eye, Vienna’s Riesenrad, the Singapore Flyer – every city worth its salt has a giant wheel offering fantastic views of the surroundings. However, none are as big as the Las Vegas High Roller. At 168 metres high and with 28 passenger pods, the world’s largest Ferris wheel provides spectacular views of the strip at night and has become one of the must-do things for people visiting Sin City.

Switzerland and the Swiss Alps offer some fantastic activities for adrenaline junkies, but none more so than the recently opened Charles Kuonen Suspension Bridge. At 494 metres long, it is now the world’s longest pedestrian bridge of its kind, taking undaunted hikers across a valley at 86 metres above the ground. As part of the beautiful Europaweg trail through the mountains, it offers stunning views of the iconic Matterhorn and other peaks in the area.

If you would like to see any of these oversized attractions for yourself, the team at TravelQuest can take the stress out of booking your holiday. Our travel agents in East Anglia can offer some great advice and recommendations in person, or you can call us on 0800 021 3237 to speak over the phone.

Beat The Heat With These Ice Cold Attractions

We’re here with a list of ice cold attractions that will definitely cool you down during the heatwave. And, if you can’t make it in person, just imagining yourself at any of these places will help combat those high temperatures.
10 High-Flying Attractions Around The World

Tourist attractions come in many shapes and sizes. There are beautiful ones, historical ones and, in the case of those we have gathered here, vertigo-inducing ones. Here are 10 thrilling attractions from around the world that will take you &hellip;
Why You Should Still Visit So-Called ‘Overhyped’ Attractions

During our regular read around the internet, we came across a great article on farandwide.com about the various ‘overhyped’ tourist spots you should skip during your holiday. However, we want to present the other side of the argument and tell you why these attractions are rightly considered to be some of the world’s best. 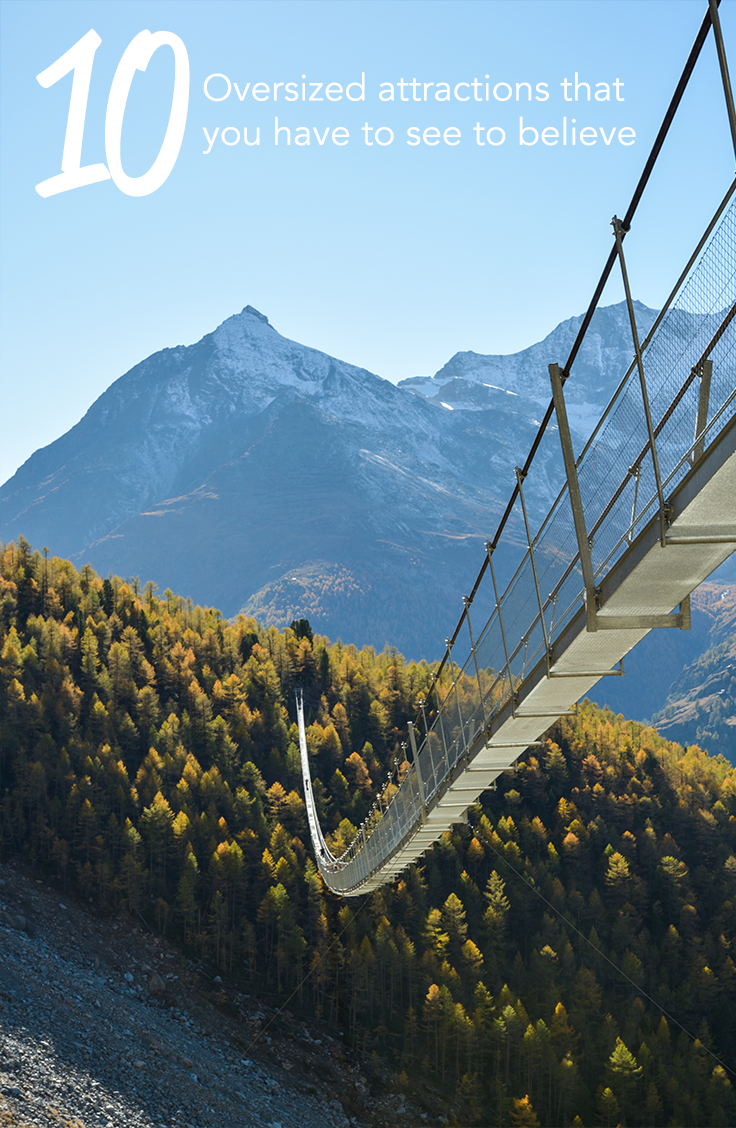