10 High-Flying Attractions Around The World

Tourist attractions come in many shapes and sizes. There are beautiful ones, historical ones and, in the case of those we have gathered here, vertigo-inducing ones. Here are 10 thrilling attractions from around the world that will take you to new heights.

Not only is this Vietnamese cable car the longest single-wire cable car in the world, it is also one of the highest and fastest too. Situated just outside the city of Da Nang, the swift lift will take you to the top of the mountain at nearly 15 miles an hour. The fact that the journey still lasts 20 minutes gives you an idea of just how long the cable is. At the top, there is a quaint French village to explore and an amusement park.

Whilst Dubai’s Burj Khalifa is a taller building, the position of the Observation Deck at the Shanghai World Financial Centre makes it the highest in the world. Located on the 100th floor of a structure that resembles Sauron’s Tower in Lord of the Rings, the Observatory is 474 metres above the ground. Before climbing to the top, you can see a miniature version of Shanghai in model form, whilst also learning how the skyline of the city has changed over the years.

Thanks to the breathtaking Alpine landscapes, Switzerland is a great destination for thrill-seekers. There are numerous cable cars and funiculars to ride, but this is one of the most terrifying. With a gradient of more than 100 percent, this funicular is more like a rollercoaster than a mode of transport and will take you up to the top of the Gelmer Valley – that’s 1,860 metres above sea level. When you arrive, there are spectacular views to admire and the beautiful Gelmar Lake.

Translated as ‘Train to the Clouds’, this tourist route will take you to the La Polvorilla Viaduct, where you will be 4,220 metres above sea level. You can catch the train from San Antonio de Los Cobres train station every day and take the 8-hour, one-way journey which also stops at local markets to offer a taste of the region.

The Top Thrill Dragster is a rollercoaster found at the Cedar Point theme park in Ohio. Once the tallest and faster coaster in the world, the ride shoots you from 0 to 120 miles per hour in less than four seconds, straight into a 128-metre climb. It’s over in a matter of moments but it’s definitely worth it for the rush.

We’re back in Switzerland for the longest pedestrian suspension bridge in the world. Having opened earlier this year, it spans the Grabengufer ravine between the towns of Zermatt and Grächen and sits at a height of 85 metres. If simply walking across isn’t enough of a thrill, you can strap a bungee rope to your legs and hurl yourself over the side.

As one of the most dangerous walkways in the world, this route is not for the faint-hearted. A series of wooden planks are pinned to the side of El Churro gorge, sections of which are higher than 250 metres. It was originally built to allow workers to carry materials between two hydroelectric plants and earnt its name after King Alfonso XIII crossed it in 1921.

Step Into The Void, France

This attraction has possibly the coolest name on our list and can be found at the top of the Aiguille du Midi peak, close to Mont Blanc. Take a break whilst on a ski holiday in Chamonix to step out from the side of the mountain and into a glass box suspended above the slopes. The drop beneath you is 3,842 metres but the views out across the French Alps are amazing.

Sometimes wrongly described as a cathedral, Ulm Minster is the tallest church in the world, at least until the never-ending project of La Sagrada Familia is finished in Barcelona. Standing outside, visitors can admire the detailed Gothic façades, whilst climbing the 768 steps to a height of 143 metres will result in spectacular views over the city of Ulm.

Although perfectly safe, the CN Tower’s shape means that you can feel it swaying quite heavily when at the top – and that’s just whilst inside. Take a step outside and things get even more unsettling as you are strapped to a walkway on the side of the main pod and given the chance to take a hands-free walk 356 metres above the ground. Over the course of half an hour, you can walk around the circular path and admire the views over Toronto and Lake Ontario.

If you would like to test your nerve at any of these attractions, we can help you plan a trip to the cities where you’ll find them. Whatever type of holiday you’re looking for, our well-travelled team can offer first-hand advice. Call us on 0800 021 3237 today.

This is the perfect time to look ahead at some of the new attractions that will be opening their doors over the next 12 months. From theme park rides to stylish new hotels, here are just some of the things you could be looking forward to.
10 Oversized Attractions You Have To See To Believe

The world is full of weird & wonderful attractions that can leave us asking ‘why?’ Some can confuse, others can inspire, but all have to be seen to be believed.
Why You Should Still Visit So-Called ‘Overhyped’ Attractions

During our regular read around the internet, we came across a great article on farandwide.com about the various ‘overhyped’ tourist spots you should skip during your holiday. However, we want to present the other side of the argument and tell you why these attractions are rightly considered to be some of the world’s best. 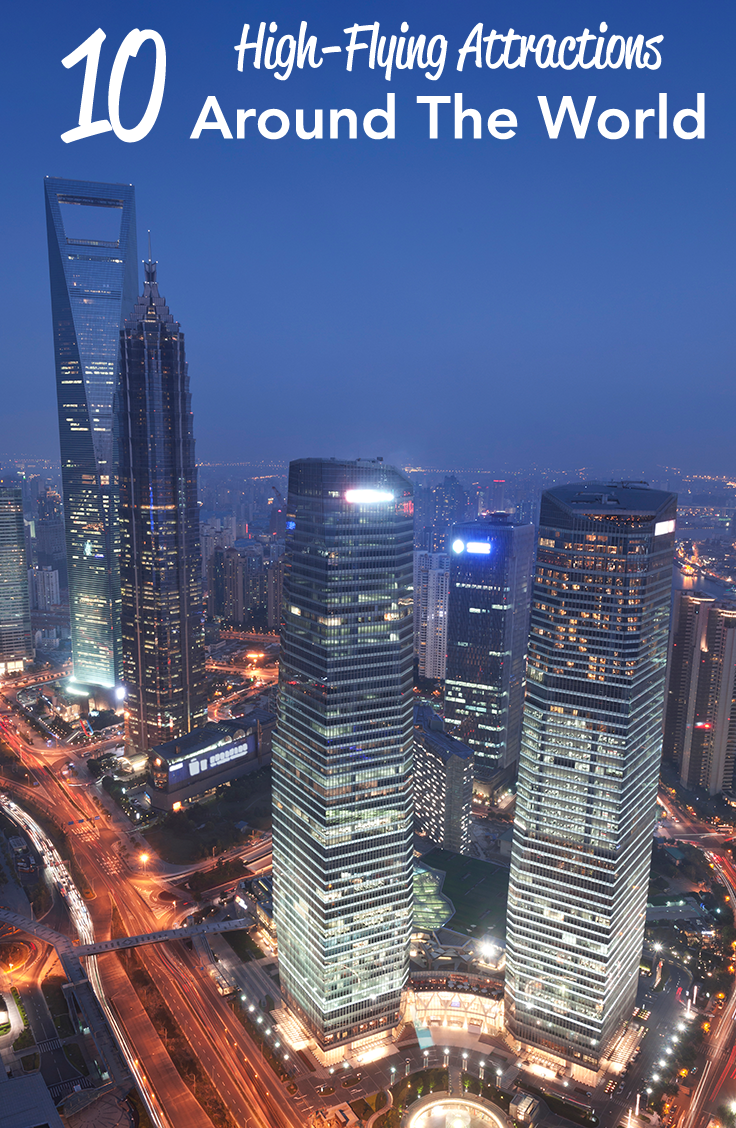