China is a fascinating country with a culture that is vastly different to the western world, something which inspires millions of people to visit every year. As a nation, it is known for going above and beyond in its attempt to be bigger, better and more extravagant than other countries – but what more would you expect from a place with the highest population on the planet?

This desire for progress has led China to claim a number of official Guinness World Records over the years. Many of these were achieved by organising the most people carry out a task collectively (see applying make-up, playing Mahjong and dressing as Lara Croft, amongst others), but there are also some rather more impressive records on the list.

It’s not going to be surprising that China is home to the longest wall, but it may be remarkable for some to know that there is actually an official world record for this. The Great Wall of China is the country’s most popular tourist attraction with around 10 million people paying a visit to this historic fortification every year. To give you an idea of just how impressive it is, its main length of 2,150 miles makes it almost three times as long as Britain – and that’s not even including certain branches and spurs that stretch on for another 2,193 miles.

Many travellers wonder how to experience this must-see attraction without having to fight off the crowds. Read our blog post on the best sections of the Great Wall to visit if you’re looking for quieter spots.

Although this record means that China also creates the largest amount of pollution, it’s important to point out that the country is seriously committed to renewables. The record was made official in 2016 when 1.749 Mtoe (million tonnes of oil equivalent) were produced, mainly from burning coal. However, energy created through hydropower is also included in these figures and that is something China knows a great deal about.

The impressive Three Gorges Dam, an engineering marvel that can be seen as part of a Yangtze River Cruise, leads the way, but China is investing more and more in sustainable energy sources. It is now the largest manufacturer of solar panels, wind turbines and the lithium-ion batteries that help to store the power produced.

Not only does China have the largest high-speed rail network but it is also home to the fastest rail link (between Guangzhou and Wuhan) and the busiest railway network for freight. With average speeds of around 124 mph, these trains allow you to travel around in no time at all and make the most of your holiday.

At the start of 2017, the network measured 12,427 miles and more has been added since then. All the other high-speed rail lines in the world could be joined together and they still wouldn’t be able to match the web of tracks that winds through China. Plus, the country has pledged to install another 9,320 miles by 2025.

China may not be the first country that comes to mind when you think of wine producers but it is actually second behind Spain in terms of vineyard area. The consumption of locally grown and imported wines has increased greatly in recent years and projections now show that the nation is on track to be the second highest consumers of wine (behind the USA) by 2021. Experts say that red wine is the most popular – no surprise with it being considered a lucky colour – and it is seen as a classier alternative to beer.

The aptly named Pure Land & Super-High Altitude Vineyard, in Lhasa, currently holds the record for the highest vineyard. The slopes are situated at 3,563 metres and the project has provided work for many people in the local area.

Another surprising culinary trend in China is their love of honey. Used in cooking, as an antibacterial medicine and even to fight insomnia, it is often much easier to find honey in a Chinese supermarket than it is to find sugar. The country consumes around 300,000 tons of the sweet stuff every year and the demand continues to rise.

Incidentally, around 50% of the honey eaten in Britain is imported from China, making it the world’s largest producer as well.

China is no stranger to a magnificent engineering project and the Bailong Elevator in the Zhangjiajie National Forest Park, Hunan, is arguably one of the most impressive. Built into the side of a quartzite cliff, the name means Hundred Dragons and the lift reaches a height of 326 metres.

Whilst also being used to transport materials, the main purpose of the elevator is to give visitors breathtaking views over a host of karst monoliths situated below. A full journey takes just one minute and 58 seconds, and the double-decker capsules can hold up to 46 people.

Anyone visiting Beijing may have the Imperial Palace on their list of things to see. Built in the 15th century, it was designed by three different architects and required one million workers to be involved in construction. The complex comprises 980 different buildings, nearly 9,000 rooms and covers an area measuring 178 acres.

The Forbidden City, as it is more commonly known these days, was home to emperors and their families from the Ming Dynasty to the Qing Dynasty. Today, it holds the Palace Museum and has been declared a UNESCO World Heritage Site.

Proving that China is a great destination in the winter months as well as the summer, the country can claim the largest snow sculpture. The structure was created for the 2007 Harbin International Ice and Snow Sculpture Festival, one of the highlights of the winter calendar in this part of the world. It measured in at a whopping 35m tall and 200m long and consisted of various different buildings from around the world, creating an Olympic-themed collage.

One of the biggest draws of a trip to China is the chance to learn about an astonishing history that goes back thousands of years thanks to ancient civilisations. Whilst these dynasties left behind them breathtaking architecture, intriguing stories and treasured customs, it seems they also produced the oldest known alcohol.

Found inside pots unearthed at an early Neolithic village in the Yellow River Valley, the chemical residues point to the fact that fermented drinks were drunk as early as 7,000BC. Scientific analysis shows that the liquid would have been a mixture of honey mead, rice beer and, wine made from hawthorn berries and grapes.

We end on a slightly lighter note with an example of some of the wackier Guinness World Records China can lay claim too. The achievement for the largest human mattress dominoes is something that has been bettered many times in the past but currently belongs to Ayd Group, Stylution Int’l (China) Corp. – a company which manufactures, you guessed it, mattresses.

2,016 employees stood in line on 23rd July 2016 with mattresses strapped to their backs and fell, one by one, in the way that dominoes do. It took nearly 15 minutes for all of the participants to be knocked down in turn.

If you would like to visit in the Year of the Pig, we have some fantastic tours of China available. Call us on 0800 021 3237 or drop by our travel agents in Ipswich or Woodbridge.

As well as our European city breaks, Christmas markets, ski holidays and beer festival trips, we can also offer a range of tours throughout China.
5 Reasons To Visit…China

This colossal country is at the forefront of the world’s economy, has significant advancements in technology and its architectural feats are on another level (literally), but what is it about China that makes so many travellers want to spend...
5 Highlights Of Our ‘Best Of China’ Tour

With so much to see, it can be difficult to know what to include in your trip to China. However, our 'Best of China' tour is the perfect solution. 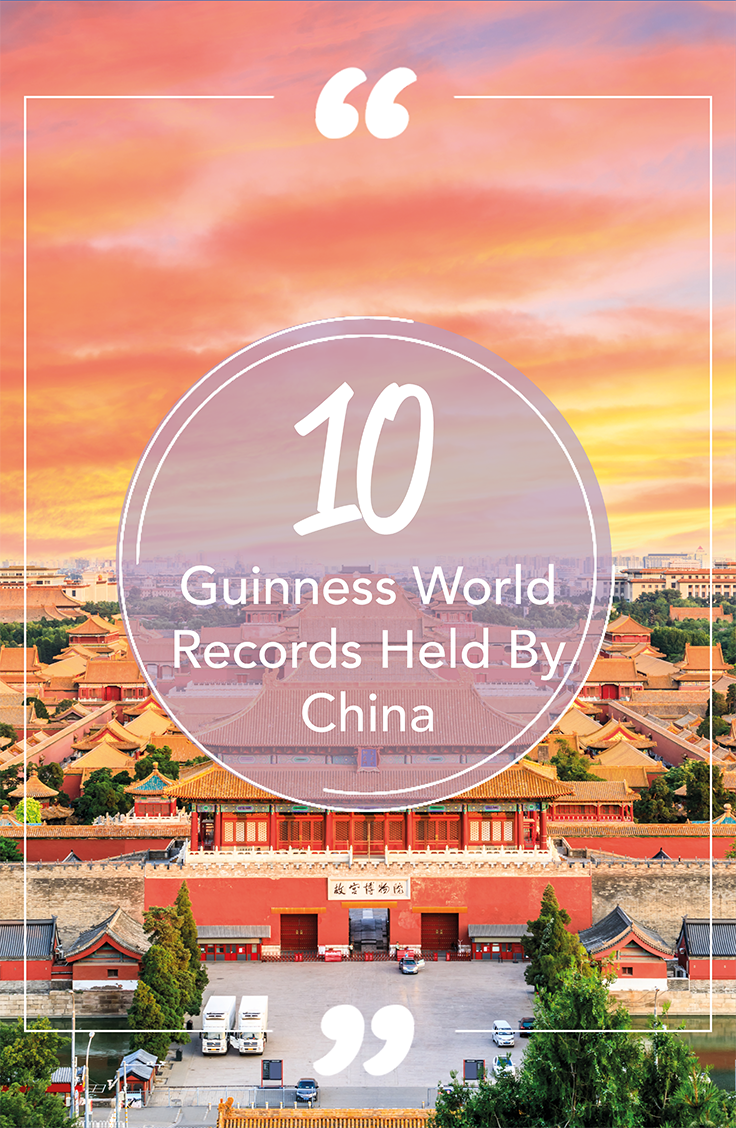